The Indian Army raised the Scout battalions in all regions bordering China. Thus, we now have Ladakh, Garhwal, Kumaon, Sikkim and Arunachal Scouts, in their respective areas. Ladakh Scouts are the oldest and largest regiment with five battalions. This regiment displayed valour and grit in the face of the enemy at Turtuk, Batalik, Kargil and the Siachen glacier at different times. 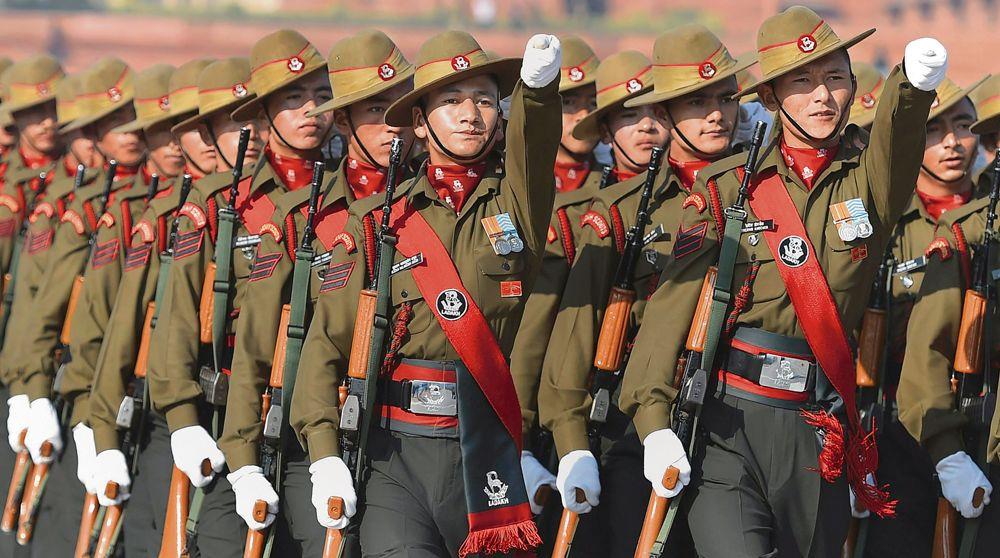 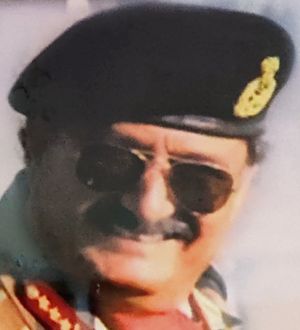 To defend the territorial integrity and sovereignty of our country, the Indian Army is amongst the few armies in the world that has to operate across a vast multitude of terrain and climatic conditions along its borders. Ranging from mountains, high altitude and glacial terrain to the plains of Punjab, from the arid Thar desert, jungles and riverine country to the island territories is indeed a tall order, for any army.

The major differences that emerge when varied terrain configurations are compared, include the multitude of vastly divergent climatic conditions, local food habits, survival techniques, habitat and mental and physical toughness of the locals, to name a few. However, the soldier is expected to serve in all terrain conditions possible. Yet, for a soldier, born and brought up in a coastal township or in the dry expanse of the Thar desert, fighting in the high-altitude areas would demand extra effort to adapt to the harsh weather and terrain conditions, surmount them and execute the assigned operational task. Conversely, the local inhabitant naturally faces such conditions with relative ease. The most difficult adaptation relates to the high-altitude and glacial areas along our frontiers with China, where time-consuming acclimatisation becomes mandatory. Encompassing all this, it may yet not be easy to perform better than the locals or the sons of the soil.

‘Sons of the soil’ concept was accepted and implemented in the Indian Army by raising the Scout battalions in all regions bordering China. Thus, we now have Ladakh, Garhwal, Kumaon, Sikkim and Arunachal Scouts, in their respective areas. Ladakh Scouts are the oldest and largest regiment with five battalions. This regiment displayed valour and grit in the face of the enemy at Turtuk, Batalik, Kargil and the Siachen glacier at different times. Ever since its raising on June 1, 1963, it stands honoured with decorations and citations.

I have had the honour of serving with the Ladakh Scouts and observing their performance from close quarters. The Ladakhi soldier, who is lovingly referred to as ‘Nunu’, is not only extremely physically fit, ferocious and a daring fighter, but also retains a fertile, clear and sharp intellect. Their biological constitution helps them to operate with relative ease in the rarefied high-altitude environment. In 2013, on receiving the message that the Chinese were erecting tents near the Raki Nala, the immediate action was to dispatch our Ladakh Scouts elements to the area. The three- week-long face-off witnessed many Chinese soldiers being replaced due to illness, including common cold, cough and fever. The face-off at an altitude of about 15,000 feet included the performance of sentry duties by day and by night, irrespective of the weather and temperature. Our Nunus were undeterred by any adversity, whether it was the operational conditions by night, eerie pindrop silence or the bone-chilling weather prevalent, with not one falling sick or requiring relief. Their performance against all such odds was surely in the highest traditions of soldiering, under stressful operational conditions.

This narrative is confined to the Ladakh Scouts and relates to the existing jostling between the Indian and the Chinese armies in eastern Ladakh. Having witnessed the massive Chinese build-up opposite the 826 km of frontage in eastern Ladakh, it would be fair to understand that additional forces have now become an operational imperative for this theatre. Since most Chinese formations tasked for Ladakh have to transit over extremely long distances, sound and timely intelligence and surveillance inputs based on the area of interest of GOC 14 Corps/Northern Army Commander must be ensured for timely induction of reserves.

Considering the possibility of a two-front war, it may not be wise to expect too much from the integral resources of the Northern Army. Therefore, speedy induction of reserves over long and arduous land route from areas outside the command would become time critical. In any case, the problem does not end by moving and locating a division sized force at the designated location in Ladakh. To start with, strict and time-consuming acclimatisation procedure has to be ensured, along with the provision for suitable habitat, routine administration and fool-proof logistics support.

All this is far easier said than done, especially in Ladakh, where the logistics chain from the plains is long, arduous, time critical and yet subject to weather and terrain disruptions. However, keeping with the present operational situation, there is a definite need for at least one additional infantry division to be placed on the order of battle (Orbat) of 14 Corps, suitably located in Ladakh and dedicated for application in eastern Ladakh. That apart, we must also have muscles to undertake offensive options available in the area. Timely launch of these operations by us could foreclose many offensive options, otherwise available to the Chinese. Thus, the Mountain Strike Corps has to be revived, this time around with more additional forces on its Orbat, making it a reality at the earliest.

It may be prudent to raise additional Ladakh Scout battalions, increasing their strength to a division worth of hardy soldiers forming part of three-four infantry brigades, each comprising three battalions. It should be permanently located in Ladakh, optimising operational requirements, healthy medical status of the troops, administrative and logistics ease. The formation should be raised as an infantry division with the primary task of holding ground and scouting role as the secondary requirement. They could be rechristened as the ‘Ladakh Light Infantry’, if so desired.

This would mitigate operational and logistics problems related to the immediate availability of infantry reserves, fully acclimatised and ready for application. Relevant operational lessons from the ongoing actions with China would probably weigh in favour of this modification in the force structure. Ladakhis could also be inducted into the mechanised forces. Considering the large mechanised elements the Chinese have inducted in eastern Ladakh (primarily 4 motorised and 6 mechanised divisions), there is little choice but to match up, qualitatively and quantitatively. Mechanised forces in Ladakh could also be manned by the ‘sons of the soil’, cementing firm integration within the two fighting arms— infantry and armour— with little concern regarding their medical status.

‘Sons of the soil’ can be expected to put in their utmost to defend their homeland, thereby ensuring the territorial integrity and sovereignty of the country.