Desperate for a degree 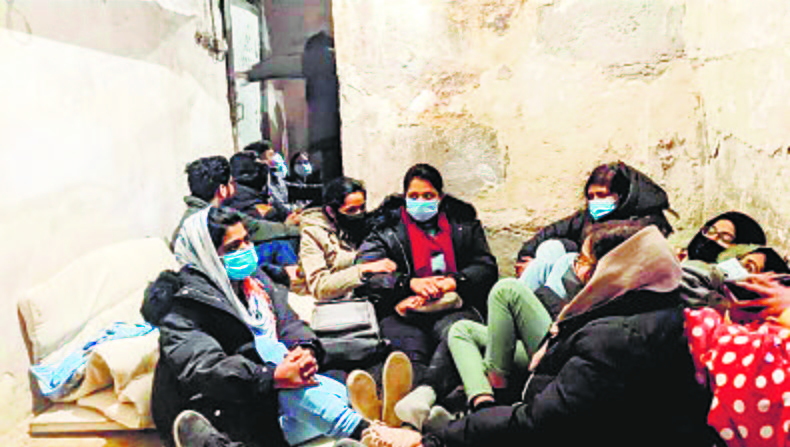 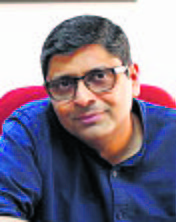 Every time armies march to reduce cities to dust and citizens to destitution in Iraq, Libya or Ukraine, one is reminded of the words of poet-soldier Wilfred Owen, killed in action at the age of 25 during World War I: “I mean the truth untold/the pity of war, the pity war distilled/Now men will go content with what we spoiled.” All strategic reasons of power play become insignificant in the face of human misery that war brings in; yet, the reasons and the consequences have to be enumerated, examined and solutions found for men’s misdeeds.

The licence-permit Raj in the education sector has resulted in substandard quality of education, high fiscal and political costs for new entrepreneurs and scams galore.

Much is said about Russian President Vladimir Putin’s villainy; much less is said about the US-led NATO’s perfidy in turning old Soviet republics and almost all Warsaw Pact countries into its own allies — 14 new allies since 1997, not counting East Germany that was unified with the West in 1990, leaving Russia with no buffer, nor bulwark, almost naked against western designs. Celebrated British journalist John Pilger’s Twitter timeline offers a counterview to the western narrative, as does University of Chicago’s highly regarded political scientist John Mearsheimer’s recent lecture widely circulated on YouTube.

India has been walking a rope that gets tighter by the day, alluding to Russia’s legitimate security concerns one day and Ukraine’s sovereignty and territorial integrity the next and then abstaining in the UN Security Council vote and commiserating with Ukrainian President Volodymyr Zelenskyy. Whether India antagonises both Russia and the US in the process or derives some leverage out of its jugglery depends on the balls that would still remain in the air after the cessation of hostilities. Till then, the pitiable Indian situation is that of a largely friendless nation that fears losing its old friend while not winning new ones.

Equally central to the Indian crisis is the student community that has got stranded in Ukraine. These are largely students seeking medical degrees, for the simple reason that these courses are offered dirt cheap in this east European country — dirt cheap according to the standards set by the private teaching shops that have mushroomed all across India. While a five-and-a-half-year MBBS degree course in a private Indian medical college, in terms of fees, costs upwards of Rs 50 lakh and up to even Rs 1 crore, a similar six-year course is offered even at Rs 21 lakh in Ukraine. There are about 15 universities offering a huge number of MBBS seats in English language there, some of which are 200 years old and at least five of them established during the Soviet era.

No wonder there are nearly 18,000 Indian students stranded in Ukraine and Union ministers are being photographed welcoming them back. But why do they have to travel to Ukraine in the first place? India with its colonial past does not have 200-year-old universities or Soviet-era health infrastructure to compete with the standards of the rest of the world, but students who are desperate for a Ukrainian degree aren’t the ones to look at the antiquity of their medical colleges or universities. For them, this is an option only as good as the one in Bangladesh, China, Philippines, Armenia or any other destination that offers a cheap but valid degree without asking whether the student is really good enough.

The two crucial reasons why Indian students seek out these colleges are: one, they have no cut-off score – that is, they are not merit-based; and two, they are cheaper than Indian private medical colleges that offer similar admission without high marks. The basic qualification is just 50 per cent for science subjects in Class 12 and a score, or rather any score, in the National Eligibility-cum-Entrance Test for medical courses. If 18,000 students on an average have paid about Rs 25 lakh for their course fee in Ukraine, the opportunity loss for Indian educational entrepreneurs would be a minimum of Rs 4,500 crore. Add travel, lodging and incidental expenses and the figure assumes a fearsome proportion in terms of flight of capital for medical education.

And this is the amount spent by Indian parents just in Ukraine. Agents offering admission consultancy online list over 10 countries as possible destinations for Indian students. There are no reasons why Indian parents should be shelling out tens of thousands of crores for their children’s education when all it would take the government is to allow hospitals running well for over 10 years to offer MBBS courses in the private sector.

The licence-permit Raj in the education sector has resulted in substandard quality of education, high fiscal and political costs for new entrepreneurs and scams galore. India will never be able to match the facilities offered by foreign universities, private or public. For instance, Ukraine, with less than the population of Punjab and Haryana, has about 15 universities offering MBBS courses, mostly in the public sector. The only option to retain Indian parents’ life savings is by opening up the sector. Unlike the earlier blunders of greenfield medical colleges without hospitals, the government should allow all reputed private hospitals to have MBBS courses.

The fear of scamsters dishing out substandard education can be allayed by the National Testing Authority holding at least two examinations countrywide instead of just the national exit examination. Students in Ukraine are expected to take two national tests, KROK-1 and KROK-2 — the first after three years into the course and the second at the end of the six-year course. In fact, more than the possible new medical colleges that can come up in future, such national tests will help regulate the quality of our existing teaching facilities, where our commissions, councils and universities have failed conclusively.

India’s national hypocrisy over private education has left our students stranded in a geopolitical minefield. In an era of global instability, parents should not be forced to spend their life savings and push their 17-year-olds into uncertainty for a degree that can be easily available in their hometowns.