The digital transformation induced by the pandemic is here to stay. In the year just begun, Indian chief information officers will capitalise on the new interest in digital technology to survive the pandemic and ask and get fresh budgets to make the digital transformation mainstream. And as company IT budgets grow, the IT service providers will thrive. They are prepared and ready to grab this opportunity with their fresh hirings. 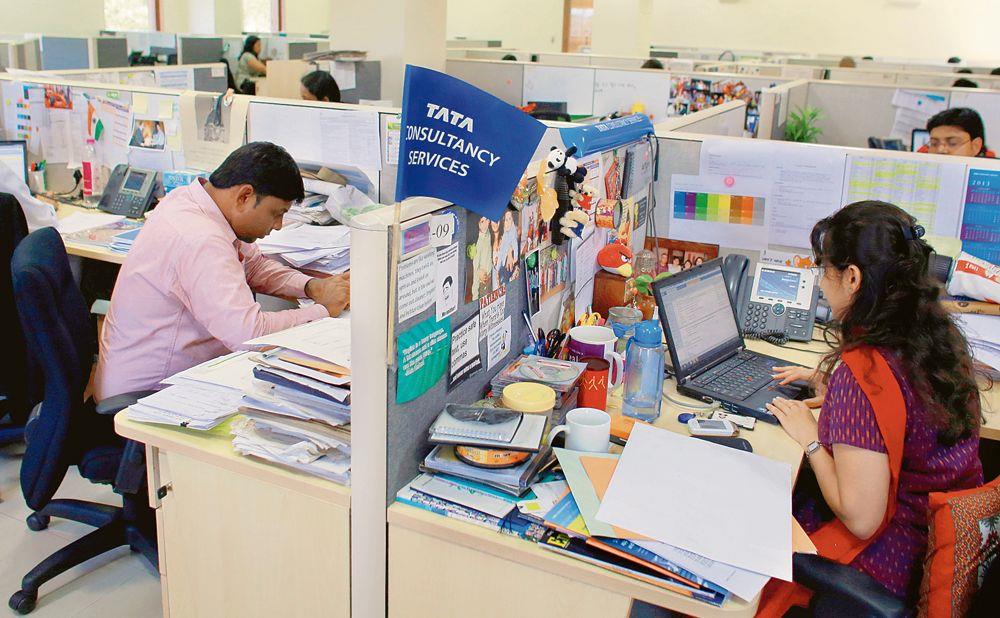 Turnaround: Digital transformation has seen record hirings by IT majors, pointing to changes in the economy. Reuters

The country’s globally feted information technology leaders seem to have converted a challenge into an opportunity. At the time of the pandemic and lockdowns, the software biggies appear headed for a record hiring in the current financial year (2021-22). As a service provider’s topline (revenue or sales) is a multiple of its headcount, the hirings seem a precursor of the year turning in robust revenues.

Right now, as the third quarter results of the financial year 2021-22 have just been announced, the headlines will be grabbed by Tata Consultancy, clocking an eye-catching revenue of $25 billion in the calendar year 2021.

According to analysts tracking the IT leaders, the big five (TCS, Infosys, HCL Technologies, Wipro and Tech Mahindra) have this year till now hired a massive 83 per cent more in comparison to the previous year. The fresh hiring of 150,000 employees leaves way behind the previous best figure of 90,000 in 2018-19, that is well before the pandemic arrived.

But it is not as if you hire and the gravy will come in a couple of steps behind. Massive hiring by all sections having to do with information technology — like the service providers themselves, Indian operations of global firms, start-ups and even corporates who want to go digital inhouse — means there is high staff turnover (grabbing heads from each other). Infosys’s attrition rate has gone up from an already high 20 per cent to 25.5 per cent over a single quarter.

The departures have to be compensated through fresh hiring to enable which the leaders have had to sharply up compensation packages. The resultant overall rise in the wage bill, the key item of expenditure for the sector, is likely to put pressure in the short run on the bottomline — the profits delivered.

But the whole point is that this is the beginning of the story. During the pandemic when work-from-home has become the norm and strong demand to enable this has been faced by the service providers, they have met the demand and done more. Along with the ongoing move by companies to go digital, they are also being helped to move to the cloud, not just their data but applications too. This process is being simultaneously propelled by the extensive use of automation by the service provider itself.

The move on the part of businesses to go digital is reflected in the estimate of analysts that Indian IT spending (the sum of all IT budgets) is likely to cross $100 billion in 2022, for the first time in three years. This means that the pandemic initially dealt a setback to business but that has been overcome and the lessons learnt in combating the hurdles to business have opened the doors to new ways of doing business with the help of IT.

According to one expert, the digital transformation which was induced by the pandemic is here to stay. In the year just begun, Indian chief information officers will capitalise on the new interest in digital technology to survive the pandemic and ask and get fresh budgets to make the digital transformation mainstream. And as company IT budgets grow, the IT service providers will thrive. They are prepared and ready to grab this opportunity with their fresh hirings.

The big leap that the Indian IT service providers have to take to move forward is implicit in what they deliver now — a ‘service’. They essentially perform clearly defined tasks and their skill lies in being able to do it cheaply with both efficiency of execution and also by taking advantage of the lower wages that Indian techies are willing to work for compared to their American counterparts. At the end of the day, they work on a ‘cost plus’ basis.

What they have to do now is get into consulting, define the tasks that service providers have to deliver on. There are two aspects to this. One, the IT firm consultants have to interact with not the chief information officer of the business, but the CEO and his team to see how his business can be taken forward. Hence, the IT firm seniors have to be ‘domain experts’, that is know the business that the client is in, advise the client on how to take the business forward and develop a business plan to enable this.

The IT part of the job is a part of the business plan. It is an open ended mandate. The better the IT firms are in devising overall business solutions, the more of an IT role they can create for themselves. It is a matter of reaping the benefits of what you have sowed. The trick lies in sowing good seeds. For this, it has become imperative for the Indian IT firms to get into consulting as a lot of the services they have offered till now are getting automated. So, getting into consulting is emerging as a do-or-die proposition for Indian IT firms.

The progress of leading Indian firms into consulting has till now been fraught with challenges. Infosys acquired Lodestone Management Consultants nearly a decade ago but that has not transformed the Indian IT leader into an equal offer or of consulting services. The same is the story of HCL Technologies earlier acquiring Axon. But instead of becoming a consulting power, the Indian leader has moved into designing products and platforms. Wipro last year acquired Capco to get into consulting. Tata Consultancy has followed a different route, by seeking to grow consulting skills organically instead of through acquisition. The jury is still out on the last two.

Indian IT has historically overcome many challenges. Many wrote it off when the tech bubbles burst late in the last century, but then the Y2K opportunity came to the rescue. Thereafter, challenges have been overcome one after another. Turning consultants will mean having to change the DNA. Difficult but not impossible! Wait and watch.