Two directives issued recently confirm that discontent among party members and cadres is causing anxiety in the CCP’s top echelons. On May 16, an article authored by the CCP Central Committee’s Organisation Department listed 10 points for the younger cadres to ‘better’ themselves. This dissatisfaction has also permeated the ranks of the millions of retired CCP men and heightened Xi’s anxiety. 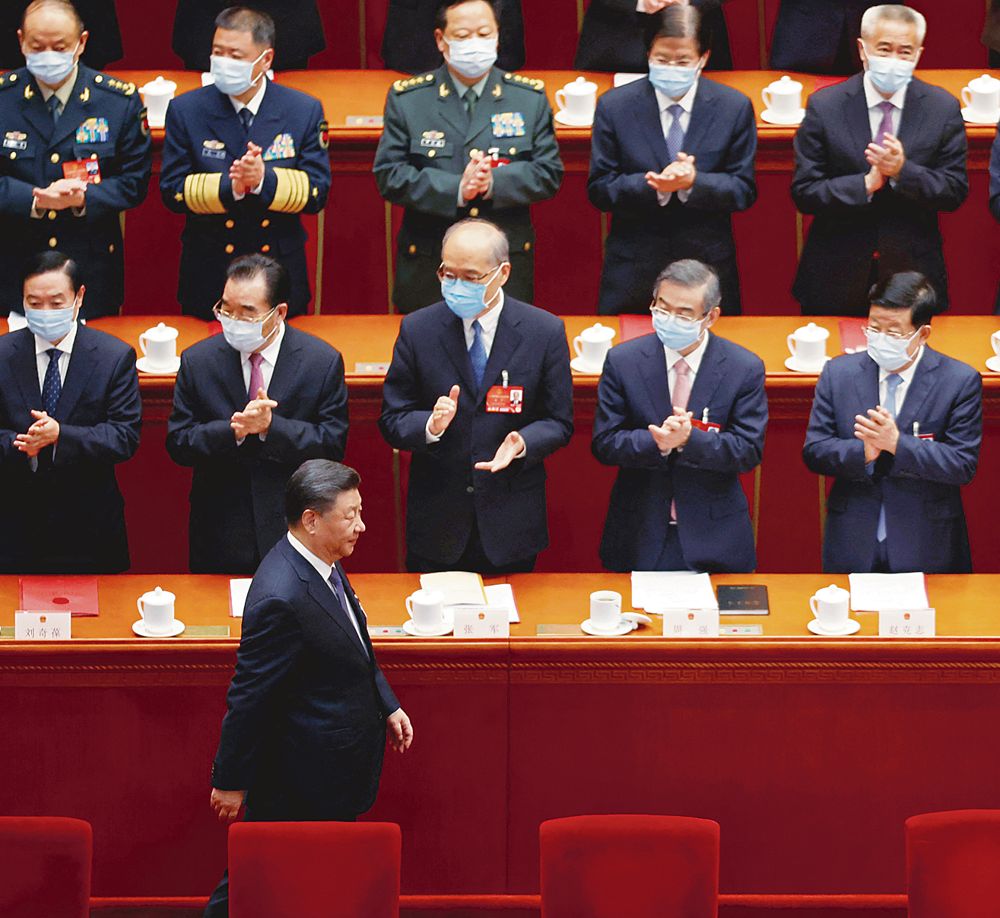 Critical: Party men don't want a return to the days of the 'one-man rule' of Mao. Reuters

The period till the 20th Party Congress — likely to be held this November — is a politically sensitive time in China. The sensitivity is heightened as Chinese President Xi Jinping makes his bid for a third term, disregarding the two-term norm adhered to since after Mao.

Dissatisfaction among party members has been simmering due to a variety of reasons. It was sparked in 2017 with Xi’s decision to ignore the age eligibility criterion for the promotion of cadres to the top echelons of the Chinese Communist Party (CCP), while simultaneously clearing the way for his third term at the helm. Senior retired party members had then criticised the move and said they don’t want a return to the days of the “one-man rule” of Mao. The reasons for the dissatisfaction seem to be converging and have now sharpened into acute discontent.

The lower CCP echelons have been told that “loyalty” and “political reliability” are the determining criteria for selecting delegates to the forthcoming Party Congress. The selection process has been virtually completed, with many provinces announcing their delegates for the 20th Party Congress. Xi, for example, is a delegate from Guangxi and Politburo Standing Committee member Wang Huning a delegate from the Guizhou province. The lists are at present being scrutinised in Beijing.

There have also been repeated exhortations to the party members to abide by the party’s rules and discipline, suggesting that indiscipline is on the rise. Last month, an internal party directive said senior officials may be denied promotion if their families directly or indirectly have real estate assets abroad or own shares in a company.

If implemented, hundreds of thousands of cadres will be affected. Other articles have extolled the accomplishments of Xi and “improvements” in the party’s leadership.

Two directives issued recently confirm that the discontent among party members and cadres is causing serious anxiety in the CCP’s top echelons. On May 16, the Central Party School’s ‘Study Times’ published an article authored by the CCP Central Committee’s (CC) Organisation Department, addressed mainly to the younger party cadres. It listed 10 points for the younger cadres to “better” themselves. Among them, it urged the cadres to remember that to “struggle is better than enjoyment”; it is better to depend on skill and not luck; it is better to be more honest than to engage in speculation; and it is “better to rise on the back of effort, and not the family background.”

heightened Xi’s anxiety. With nothing to lose, but still exercising considerable influence, the retired cadres constitute a potentially serious roadblock to Xi’s ambitions for a third term.

Instances of senior cadres being publicly critical of some of Xi’s policies — especially his unequivocal support to Putin and Russia’s war on Ukraine — have been noticed since March 2022.

The most recent was the article posted by retired Chinese Ambassador to Ukraine Gao Yusheng on the Phoenix News website on May 10 observing that Russia'’ defeat in Ukraine is inevitable. It was promptly taken down by China’s censors. The article reiterated his views articulated earlier the same day at a closed-door internal event of the Forum of Thirty on China’s International Finance and the Department of International Studies of the Chinese Academy of Social Sciences (CASS). China’s unwavering support to Putin has raised the apprehensions of wide sections of CCP members that China may imminently be targeted by the US-led sanctions. The sanctions would impact around 300 million cadres.

In an obvious effort to staunch criticism, the instructions asked them “not to discuss the general policies of the Party Central Committee in an open manner, not to spread political negative remarks, not to participate in the activities of illegal social organisations, and not to use their former authority or position of influence to seek benefits for themselves and others, and resolutely oppose and resist all kinds of wrong thinking.”

The issuance of these “Opinions” is revealing and clearly confirms that retired cadres are speaking out against party policies or even Xi Jinping. The reference to “participation in the activities of illegal social organisations” could refer to their joining ‘cliques’ of opposing factions.

Such directives to younger party members and retired cadres are unusual. They clearly suggest that discontent has spread through the party ranks, including at the mid to senior levels, and is causing Xi serious anxiety. The next six months will be troubled ones for Xi.