India has welcomed the P-5 statement. In fact, New Delhi could go a step further and echo the same at an individual level. It could also call upon the P-5 to start realising their promises by joining India on the two resolutions that it annually presents at the UNGA. One of this precisely matches the P-5 promise to address nuclear dangers. India’s resolution calls for steps to reduce the risk of unintentional or accidental use of nuclear weapons. 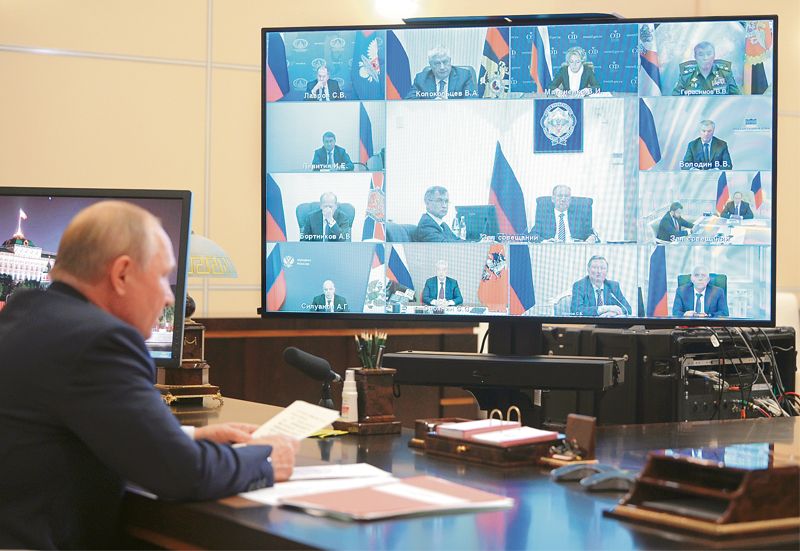 THREAT PERCEPTION: In the meetings Russian President Putin has had with his counterparts from the US and China, strategic risks have been addressed. Reuters 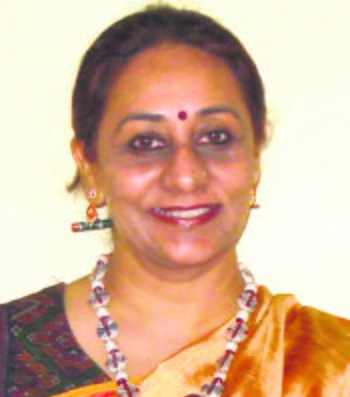 THE Nuclear Non-Proliferation Treaty (NPT) Review Conference (RevCon) that was scheduled for the first week of January 2022 could not take place owing to the rising cases of Covid. The gloom over the postponement, the third since the original date of the RevCon in May 2020, was however, somewhat dispelled on January 3, 2022, when the five nuclear weapon states, the P-5, announced a joint statement that echoed the words of Presidents Reagan and Gorbachev from November 1985, that “a nuclear war cannot be won and must never be fought”.

Obviously, the P-5 joint statement had been prepared with the RevCon in mind — to showcase P-5 unity and to pre-empt criticism that was expected for their blatant nuclear modernisation. Having worked on reconciling their differences to get the statement ready, the P-5 found it expedient to release it, possibly, for two reasons — one, to bind each other to the commitments enlisted in the statement; and secondly, to collectively ward off pressure from non-nuclear weapon states (NNWS), which is anticipated during the first meeting of the states party to the Treaty on Prohibition of Nuclear Weapons, to be held later this month.

Whatever be the motivation, this is the first occasion when the five have jointly made an attempt to address the issue of growing strategic risks. In recent times, such a sentiment has only been expressed at the bilateral level — between Presidents Biden and Putin; and between Presidents Putin and Xi. A joint affirmation of the thought that “nuclear weapons — for as long as they continue to exist — should serve defensive purposes, deter aggression, and prevent war” has been expressed for the first time.

The response to the joint statement has been varied. Several, including the UN Secretary General, have welcomed it as useful move that reinforces their commitment to eventual elimination of nuclear weapons. But many NNWS and nuclear disarmament activists, such as ICAN, have cynically dismissed such verbal assurances as meaningless in view of the ongoing modernisation of arsenals.

The true value of the statement, of course, will only emerge when actions follow the expression of lofty words. The P-5 have committed to “continue seeking bilateral and multilateral diplomatic approaches to avoid military confrontations, strengthen stability and predictability, increase mutual understanding and confidence, and prevent an arms race…to pursue constructive dialogue with mutual respect and acknowledgment of each other’s security interests and concerns.” All of these resolutions, however, will not be easy given the differences in their approach to nuclear weapons, deterrence doctrines and threat perceptions.

It is fortunate that the statement has been made ahead of the scheduled NPT RevCon, now planned for August 2022. This gives precious eight months to the five governments to show some concrete action to realise the vision of the statement. It will also give the NNWS an opportunity to evaluate the movement in this direction as per the benchmarks laid down in their statement and comment on it at the RevCon, thereby not letting the P-5 forget or ignore their pledges.

Thirty seven years ago, when Presidents Reagan and Gorbachev had first made such an articulation, it had led to transformational developments. They too had met in rather tense times over “serious differences”. They too had acknowledged and emphasised the importance of “preventing any war between them, whether nuclear or conventional”, and also pledged that they would “not seek to achieve military superiority”. Subsequently, both took unilateral, reciprocal or joint measures to make this possible. An ongoing dialogue process and more summit meetings in quick succession paved the way for landmark treaties for Strategic Arms Reduction (START) and on Intermediate Nuclear Forces (INF).

India has welcomed the P-5 statement. In fact, New Delhi could go a step further and echo the same at an individual level. It could also call upon the P-5 to start realising their promises by joining India on the two resolutions that it annually presents at the UNGA. One of this precisely matches the P-5 promise to address nuclear dangers. India’s resolution is called “Reducing Nuclear Dangers” and calls for steps to reduce the risk of unintentional or accidental use of nuclear weapons, including through de-alerting and de-targeting of nuclear weapons. A second resolution on Convention on Prohibition of Nuclear Weapons would perfectly fulfil the expressed desire of the statement to create a security environment conducive to progress on disarmament since it seeks an international convention prohibiting the use or threat of use of nuclear weapons.

Support to the statement by India, including by voicing the main point on futility of nuclear war, would not only earn it goodwill, but also be useful at four other levels: one, it would pitch India alongside the P-5; second, it would distinguish India from the other non-NPT countries with nuclear weapons; third, if P-5 take steps to reduce the salience of nuclear weapons, it would support India’s contention that this is the only credible and sustainable way to get to nuclear disarmament; fourth, a resultant lowering of international tensions between nuclear weapon possessors would be in India’s security interest.

Indian support for the statement and a decision to offer similar commitment will not really demand any immediate steps that could adversely impact its nuclear deterrence. India’s nuclear doctrine already accepts the ideas of minimum deterrence and no first use. Other NWS, in fact, will have to match these as a way of implementing their joint statement. India, therefore, can help make the P-5 statement a big deal for international security.

On her birthday, Bharti Singh shares adorable glimpse of her son Golla; pics inside