Divorce Afghanistan from US poll timelines : The Tribune India

Divorce Afghanistan from US poll timelines

If the plan follows through, there are some direct benefits that President Trump would accrue electorally. Like Iraq, most of the US soldiers deployed in Afghanistan come from the American hinterland, which includes swing states that would be critical in the 2020 US presidential elections. 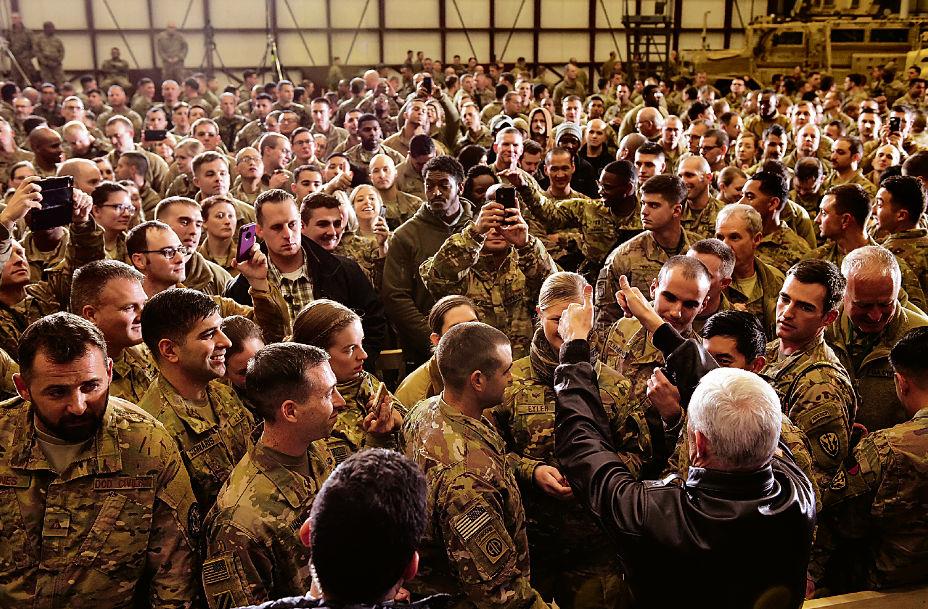 As expected, the 2020 US-Taliban deal seems to have started on a rocky note as only a few days after the signing of the deal, military operations by the Taliban and the US air strike against Taliban fighters have exposed inherent operational flaws in it. President Trump’s electoral promise of bringing back American soldiers seems to be the main driver of the current peace efforts.

The deal’s architect is Special Representative for Afghanistan Reconciliation Zalmay Khalilzad, who has a longstanding record of serving Republican administrations and is a known face on Afghanistan. He is a first-generation Afghan-American of Pashtun ethnicity. Under President George W Bush, he served as US ambassador to Kabul and Baghdad. He also served as the US ambassador to the UNHQ in New York.

After several bumps, in 2019, Khalilzad ensured that on paper, a deal was struck. If the plan follows through, there are some direct benefits that President Trump would accrue electorally. Like Iraq, most of the US soldiers deployed in Afghanistan come from the US hinterland, particularly the Mid-Western states, which include swing states that would be critical in the 2020 elections. The Bible belt, i.e. the American south, is the military's catchment area and that also has been the assured base of the Republican Party since the 1960s.

To be fair to President Trump, this is not the first time that a détente with the Taliban has been attempted by an appointed political focal point on Afghanistan from the US administration. During the Obama-led Democratic party administration, Special Representative for Afghanistan and Pakistan Richard Holbrooke — who played a leading role in the signing of the Dayton accord that ended the Bosnian war in 1995 and had the distinction of being a consistent insider of Democratic Party-led administrations — was appointed as the US envoy on Afghanistan and Pakistan. Holbrooke brought his own style and recruited people from all backgrounds in his team. His team members included those with thinktank and academic backgrounds. He had a member from the diplomatic services of a friendly country. Holbrooke’s style came in friction with other sections of the US government apparatus, including with President Obama.

The US interest in Afghanistan is understandable. Since the war to dislodge the Taliban started in 2001, the military expenditure in Afghanistan is reportedly more than $778 billion. The US State Department, along with the US Agency for International Development and other government agencies, has spent over $44 billion on reconstruction projects. The US has suffered more than 2,300 deaths and around 20,660 soldiers have been injured. The current US presence in Afghanistan is reportedly at least 12,000 US military personnel. This is in addition to the nearly 11,000 US civilians who were working as contractors. Apart from the US and its allies, more than 100,000 local civilians have been killed or injured since the UN began recording in 2009.

President Trump has mentioned that the US has done a lot in the last 19 years and the immediate neighbours of Afghanistan have to chip in to guarantee peace. However, it is easier said than done. The ability of the neighbours is constrained by lack of deep pockets like the US and lack of cohesion among them. Apart from Pakistan's influence on Afghanistan, which is a subject studied and written threadbare, the neighbouring countries such as Iran and those from Central Asia have their own distinct equities in Afghanistan, mainly on account of sharing ethnic ties and geography with the people living in the respective contingent areas of Afghanistan.

In this context, apart from the role of neighbouring countries that could be positive or negative, depending on the context, multi-layered instability within a diverse and sparsely populated Afghanistan hinges on several factors.

The first is the national conciliation among Pashtuns, Tajiks, Uzbeks, Hazaras and other ethnic groups that could create a united and inclusive country. At present, a modus vivendi between the Ashraf Ghani led-Afghan government and the Taliban remains a far-fetched goal.

Linked to this is the intra-Pashtun conciliation and this is where a nuanced understanding and approach is required. There is little doubt that Pashtun nationalism continues to sustain the Taliban and this is demonstrated by the fact that there are clashes between the Afghan affiliate of Islamic State and Taliban.

Another key element of the Taliban's political vision is the extreme and rigid interpretation of Deobandi Islam that de facto became the governing model of the Taliban-controlled areas since the late 1990s. Deobandi Islam is the most popular form of pedagogy in the Pashtun belt on both sides. The Deoband school of Islam started in 1866 as part of the revivalist movement that was sweeping British India at the time. Pakistan-based scholars such as Akbar Zaidi have argued that Deoband Islam in Pakistan has over the years become different from its roots in India. This is due to many factors, including the influence of the strict Wahhabism of Saudi Arabia.

In the absence of a secure domestic environment, addressing all these complex variables in Afghanistan is beyond the capacity of the internal stakeholders. Any coherent policy to address this requires a conducive security environment that could never be guaranteed by the present capacity of the Ghani-led Afghan government that barely controls half of the country. Rather than formulating an Afghanistan policy through the lens of its own electoral cycle, the US administration needs to calibrate, modulate and exercise options that don't nullify the sacrifice of over 3,500 American and NATO service members, and the sacrifice of several times ordinary Afghan civilians and members of the Afghan state forces.