This can be resorted to in times of disaster, but cannot become a substitute for institutions, industry, agricultural growth, technology, education and health. Dole as a vote-catching card is easier to play than bringing about institutional changes to improve the economic landscape 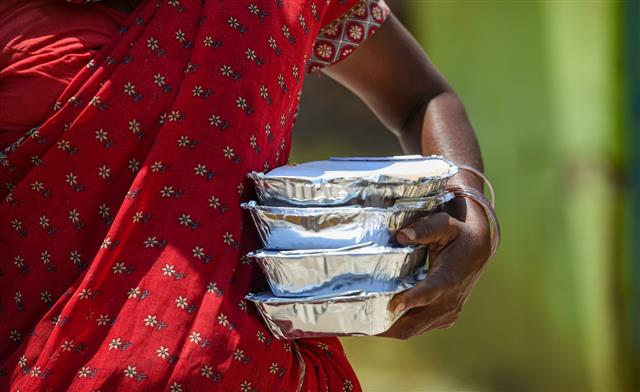 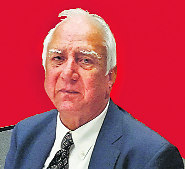 The writer is ex-chairman of UPSC, former Manipur Governor and served as J&K DGP

On June 30, the Government of India announced a continuation of the dole given earlier to our poor brethren and, of course, this also amounted to some humongous figure. I’m sure that it is a very well-intentioned gesture and would bring some temporary relief. I’m also sure that this will be followed up by similar announcements from the Chief Ministers of non-BJP-ruled states. Over the years, a dole-giving reaction to various situations has been developed, whether it be a natural calamity, an election and even when there is no specific problem. As a result, whenever something happens, demands are made for money, foodgrains, pulses, etc. How much actually reaches the affected people? Giving relief at the time of disaster is justifiable, making it a policy of economic appeasement is not.

The nature of the dole is also debatable. Whereas our government’s effort has been to ensure a certain minimum of rice/flour and pulses to the economically weaker section, the western world has focused on both keeping the incomes intact for the unemployed as well as funding businesses to ensure the continuity of the economy. The economic destruction wreaked by Covid-19 because of the harsh lockdown and our inability to contain it subsequently will require a mammoth task of rebuilding. Each percentage drop in our GDP will result in countless families being reduced to penury; do remember that this hammer blow comes on the back of an already slowing economy.

Coming to the larger question, why are doles necessary even when there has been no specific disaster? These have become a part of the policy paradigm and resorted to whenever politicians feel the need to placate and win over people for votes. It is easier to play this card than bring about institutional changes to improve the economic landscape. In 72 years, we have failed to put in an agro-industrial infrastructure which would cater to the demands of employment and growth. As in matters of national security, so also in the field of development and employment, we have failed to evolve a national strategy for growth. We give undue importance to our budget, whereas budgets only allocate funds to departments. We had Five Year Plans, experiments in mixed economy, etc. During this period, the Opposition kept demanding a greater role for the private sector whereas the heavyweights, ‘The Bombay Club’, were happy with their monopolistic hold on key sectors. The policy for long-term and short-term growth should be a comprehensive document covering all parameters.

With the coming of the new government in 2014, it was expected that the time of the private sector had finally come. However, massive disappointment was in store, because after some initial noises, the socialist economy was back and nothing changed on the ground except that ‘The Bombay Club’ was gradually replaced by a new set of ‘oligarchs’, who, with the help of the government, have succeeded in creating virtual monopolies in the telecom sector, oil, energy, solar energy systems, the visual and print media sector, etc. So this is where we stand today — socialists, oligarchs, a strong centralised government and people waiting for doles in cash and kind, doles in the normal course and special doles before elections.

How do we replace this culture of doles? Build institutions and strengthen the ones that exist. The basic requirements for progress are good systems of education, health, urban and rural infrastructure and a justice delivery system which can be relied upon to deliver in reasonable time. Our petitioners have an endless wait, resulting in a system which allows for an inbuilt inefficiency — no modern economy can be built on this. Contract law should be honoured and not bounced around in courts — ‘justice delayed is justice denied’.

Today, we have virtually a non-existent educational system in the rural areas, especially in North and Central India. The South is better off in both school and college studies. Take a look at the Indians in Silicon Valley, Ivy League universities, the space programme — almost an overwhelming majority from the south of India and nearly all based outside India. The same situation obtains in colleges and universities in the field of research. Our industrial sector and universities spend no time or money on R&D. Healthcare is needed and recent events have proved a lack of human resources and infrastructure. Affordable healthcare has to be made available to all citizens, especially those at the bottom rung.

On the basis of my talks with the poorest of the poor, there is a common realisation that their children can get out of the abysmal poverty if they are well educated and healthy. This is why they make personal sacrifices to send children to study in the South. The better-off are sending their children abroad. If we can tackle the twin problems of education and health, we will also be able to tackle one of our most basic problems of population. Today, no party is prepared to touch the issue with a barge pole. However, look at the educated classes and you will see that most families have either one or two children. This comes automatically with a good education and professional status. If we start today, it is going to take a couple of decades before results show up but let us begin at least. Once this happens, our problems will become manageable.

As far as industry is concerned, instead of bringing back the government into business, let’s give a free rein and help to entrepreneurs and put a stop to monopolies. Let the young India take the lead and give them the incentives to work here rather than look to foreign shores. The established industries can carry on and expand but let there be fair competition and no oligarchies.

Make agriculture attractive so that young men do not abandon it. Let cropping patterns change according to the areas and markets. There is a lot of apprehension regarding the new policy and the fear that government agencies would not enter the market and the farmers would be left to the mercy of traders. The issue of pricing is the one that worries the farmer the most and once a system is put in place to ensure prices, agriculture will bloom.

The policy of doles should end. It can be resorted to in times of disaster, but cannot become a substitute for institutions, industry, agricultural growth, technology, education and health. Let Parliament meet more often and if needed, a special session should be called to evolve consensus on a national policy for growth and development. Even otherwise, the institution of Parliament is being neglected and ordinances are taking the place of well-considered decisions after due debate. Ordinances were supposed to be the exception, not the norm.