In the Ladakh sector, the solution may well be in a negotiated settlement somewhere between the Chinese 1959 Claim Line and the boundary claimed by India. Once this is broadly accepted in principle by both sides, detailed negotiations could follow. For the interim, both sides must commit to completely demilitarise the area and keep their forces well back at mutually agreed locations, to be monitored through a joint mechanism. 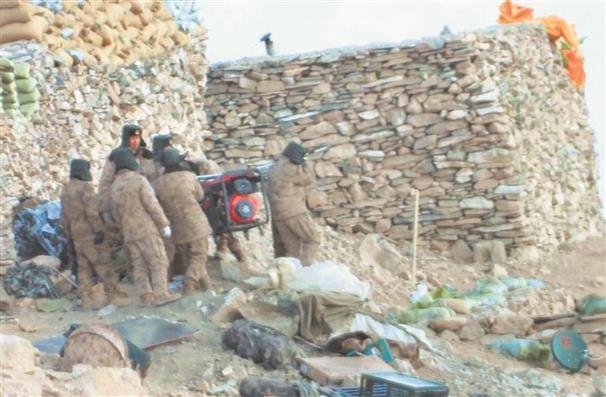 WAY FORWARD: Cartographic distortions of the past, resulting in differing perceptions, can be resolved using advanced techniques available now. PTI 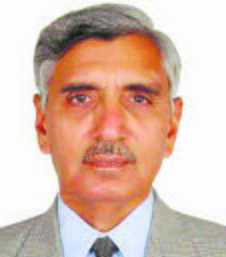 INDIA has undelineated and undemarcated, thus disputed, borders with some of its neighbours. With China, the entire length of the border from Ladakh to Arunachal Pradesh, with the exception of 220 km in Sikkim (delimited by the Convention of March 1890, signed between the British regime and China at Calcutta), is not demarcated. A somewhat ambiguous Line of Actual Control (LAC) works as the de facto alignment. This has led to periodic border skirmishes, apart from a major war in 1962 and the one recently averted.

While it is in India’s long-term interest to permanently settle the dispute, the Chinese have never shown any urgency in the matter and have even scuttled the process of clarifying respective perception of the LAC, set in motion by the 1993 Agreement. In fact, they have been candid in saying that in developing bilateral relations, let the focus be on matters of convergence, leaving the contentious border issue to be resolved by the following generations — possibly a clever ploy to trigger confrontation, when expedient, as also to pose the threat of a ‘two-front war’ on India.

In the recent imbroglio in eastern Ladakh, Indian forces did well to promptly wrest the initiative from the Chinese, particularly by occupying dominating heights on the Kailash Range on August 29-30, 2020, thus effectively blunting Chinese designs for any further offensive as also markedly strengthening India’s bargaining position. This, followed by the five-point resolution adopted by the Foreign Ministers of both countries in Russia on September 10 and the subsequent rounds of military-level talks have finally yielded in a synchronised and mutually monitored disengagement. However, even if this process proceeds earnestly as visualised, disengagement can, at best, avert an immediate confrontation but not eliminate the possibility of a similar, or even worse, conflict in future. The ultimate solution lies only in a comprehensive resolution of the dispute. It is only prudent, therefore, that the current focus on disengagement of troops must eventually graduate, in continuum, to permanent settlement by delineating and demarcating the entire border.

The ambiguity about the border with China is an ancient legacy. In Ladakh, it was sanctified by treaties from time to time and assumed to be well known based on usage, customs and traditions. The British proposal, on attaining sovereignty over Jammu & Kashmir in 1847, to delineate the border by a joint tripartite commission did not find favour with China. Ironically, the British themselves seem to have lacked clarity as they kept vacillating between a maximalist Johnson-Ardagh Line and a more moderate Macartney Line, essentially dictated by requirements of the ‘Great Game’ for control over Central Asia, principal variables being the Russian pressure and Chinese ability to provide a buffer. Their map of the mid-1930s showed the frontier with a colour wash with the annotation ‘boundary undefined’. The firm boundary shown in the 1954 Survey of India map was not accepted by China and, in the absence of any presence of Indian military or administrative control of the area, they started the construction of the Aksai Chin road shortly thereafter.

Towards finding a solution now, it would be in order to visit the existing ground reality — Arunachal Pradesh has always been an integral part of India and Aksai Chin has been under Chinese control since the mid-1950s, through which passes their strategic national highway G219, being the only road link between Xinjiang and Tibet. The Chinese claims over Arunachal Pradesh as well as Indian assertion to take back Aksai Chin are virtually matching in rhetoric. A realistic appraisal of the balance of combat power of both sides would suggest that neither seems to be in a position to realise their respective claims in the foreseeable future by employing military means. The process of clarification of the LAC, started in 1993, has got scuttled and, even the LAC has now lost its sanctity; the confidence building measures (CBMs), formulated in 1996, have been compromised. As such, a pragmatic solution for the future lies in the realm of a negotiated border settlement.

Here, it would be instructive to understand the Chinese mindset on border settlement by recalling Deng Xiaoping’s proposal to Atal Bihari Vajpayee, the then Foreign Minister, during his visit to Beijing in February 1979. He had then stated that China could compromise her stand in the eastern sector for a similar concession by India in the rest of the places, implying concessions by both sides. The Indian viewpoint on this matter, as stated by PV Narasimha Rao, the then Foreign Minister, in Parliament in July 1980, was that Arunachal Pradesh was an integral part of India and, as such, the very premise on which China was offering the concession had no basis. Nevertheless, mutual understanding and accommodation/adjustment in all sectors has remained at the core of their subsequent exchanges at various levels.

Flowing from the above, one possible way towards an equitable and mutually acceptable solution would be to recognise the boundary alignment based on the widely accepted ‘watershed principle’, both in the eastern and middle sectors. In the east, China must accept Arunachal Pradesh as an undisputed part of India and recognise the McMahon Line as the border. In the central sector, the six border passes agreed to in 1956 should form the basis of border alignment. Cartographic distortions of the past, resulting in differing perceptions, can be resolved using advanced techniques available now.

In the Ladakh sector, the solution may well be in a negotiated settlement somewhere between the Chinese 1959 Claim Line and the boundary claimed by India. Once this is broadly accepted in principle by both sides, detailed negotiations could follow. Underlying principles for fixing the precise alignment should include providing adequate depth to the Indian road to Daulat Beg Oldie (DBO) as well as Chinese Highway G219; the boundary should run along identifiable topographical features, ensuring even defensibility; and no settled population must be dislocated. No doubt this would be a hard bargain and a long-drawn exercise, but will surely be a step forward to reach a final settlement. For the interim, both sides must commit to completely demilitarise the area and keep their forces well back at mutually agreed locations, to be monitored through a joint mechanism.

This would usher in a permanent ‘win-win’ situation for both countries and also pave the way for regional cooperation to mutual advantage.