In the Indo-Pak scenario, drones would serve as another tool for combat air power enhancement, special operations and anti-terror warfare. The reported advent of the Heron class of armed drones, along with refined real-time intelligence-gathering, would enable the IAF to take out enemies of the state in the neighbourhood. 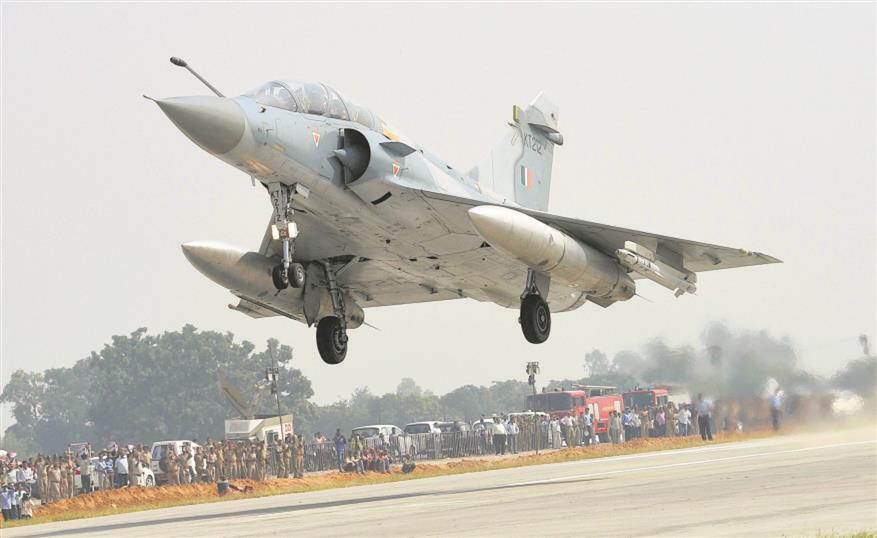 AIR POWER: As of now, drones are no match for the manoeuvrability of fighter planes. 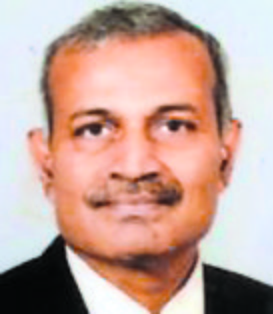 International social and electronic media — and, by extension, our own media outlets — have gone to town regarding the successes achieved by Azerbaijanis on the Nagorno-Karabakh battlefield, employing armed ‘kamikaze’ Turkish unmanned aerial vehicles, such as the Bayraktar TB2 and Harpy/Harop and Orbiter 1K made by Israel Aircraft Industries. They are also known to have employed a Russian conventional aircraft’s converted-to-drone adaptation such as the AN-2, as also other Israeli drones, such as Hermes, Heron and Skystriker.

The Bayraktar is known to be an American Predator/Reaper copy and the Turks have, statedly, used them extensively earlier in Syria and Libya. The Armenians have a much smaller drone fleet, comprising models such as homegrown Krunk, Baze and Ptero-5. Most of these drones were initially designed for reconnaissance and surveillance and adapted later for suicide missions. Also, the limited size of the Caucasian battlefield in question lent itself to such kamikaze missions by drones.

Anywhere else, with an effective air defence orbit existing, such low-speed aerial platforms would be swatted off the sky, like flies. It is believed that the Azerbaijani TB2s were operated by Turkish military personnel, including for data linking to ground stations and for weapon delivery or suicide attacks.

Both the belligerents were devoid of regular sizeable air forces. Armenia has around 18 Russian Sukhoi-25 ground attack aircraft, MiG-29 and a few Mi-24 attack helicopters and some L-39 trainers. Azerbaijani air assets include about 30 MiG-21/SU-27/ SU-24 of Russian origin and sundry Mi-24 attack helicopters and L-39 trainers. Some Turkish F-16s are known to have been seen over the Azerbaijani skies, including possibly one that downed an Armenian SU-25 Frogfoot a while ago.

But none of the fighters otherwise have been reported flying during the war, both countries apparently taking the cheaper kamikaze drone option. On July 13,

the Houthi rebels in Yemen had used armed kamikaze-type drones (possibly Iran supplied) to attack the Jizan Aramco oilfields on the Red Sea, and, are also known to have targeted Patriot missile batteries at some Saudi airfields.

Now, given the small size of the battlefield in Nagorno-Karabakh and expensive fighter aircraft inventory, both countries have sought to find a cheap alternative to enhance their strike potential through the use of drones. Besides, there is, of course, the great advantage of not losing any trained pilots to battle casualty.

Information war by both defence ministries and unconfirmed battle casualty figures further exacerbate the ‘fog of war’ scenario in the Nagorno-Karabakh battle zone. Azerbaijan has, apparently, employed drones more liberally, targeting Armenian tanks, artillery and air defence radars, given the nearly 200 drones in its inventory as compared to a few tens with its opponents. The newfound revenues from oil and gas reserves has given it more wherewithal to go on a buying spree of weaponry, drones and equipment, turning to Israel and Turkey for technology not available with the Russians, who were the traditional weapon suppliers to both countries.

Now, while running a drone operation is capital-intensive, it cannot be a replacement for traditional air power assets. Iran’s Revolutionary Guards on June 20, 2019, shot down an expensive American RQ- 4A Global Hawk (costing over $100 million) over the Strait of Hormuz, employing a surface-to air missile (possibly, an SA-2), amply illustrating the vulnerability of drones per se to conventional air defence weaponry.

Several Pakistani unsophisticated quadcopter-type drones indulging in terrorist weaponry drops have been downed by our BSF along the LAC.

Higher-flying Predator class of drones would be difficult to spot on the radar and shoot down, given that optimal air defence weaponry may not obtain all across our long borders.

Also, why the Armenians were unable to bring down any Azerbaijani drones, despite having two batteries of potent Russian S-300 missiles, defies imagination. It just goes to show the unprofessional air power wherewithal of both the belligerents, generally. It’s also valid that especially low-flying drones would be liable to have their control and guidance systems interfered with via jamming caused by electronic combat.

Turning to the emerging situation nearer home, with two professionally blooded air forces as existing in India and Pakistan, drones would, at best, serve as another tool for combat air power enhancement and for special operations and anti-terror warfare. The reported advent of the Heron class of armed drones in India’s inventory (statedly, a programme to develop around 1,500 such platforms for the three services being underway), along with the quantum change expected in the refined real time intelligence-gathering, becoming a game-changer hopefully, thanks to the Basic Exchange and Cooperation Agreement for Geo-Spatial Cooperation (BECA) deal, would enable the IAF to take out enemies of the state in the neighbourhood, such as Hafiz Saeed and Dawood Ibrahim.

As far as our chief adversary is concerned, it is foreseeable that Turkish TB2 hard-kill drones would find their way into our neighbourhood sooner than later. Chinese armed drones could also be acquired by our adversary. Tactical measures to pick up such threats on the radar and neutralise them in time before they get to our vital areas and assets would need to be put in place. This would be mainly in terms of compatible radar coverage and suitable weapon systems, both airborne and ground-based.

As for force structure planning, suffice to say that numbers and varieties of hard-kill drone assets required would be dictated by our threat perception and associated operational air power doctrines. After seeing the hyped-up disproportionate depiction of alleged drone kills in Nagorno-Karabakh, let not the uninitiated air power enthusiast be misled by what happened between Azerbaijan and Armenia and think a similar ‘duck shoot’ scenario could be replicated in the sub-continental skies. A role for hard-kill drones definitely exists. But air power encompasses an entire milieu of other vital air campaigns, such as Counter Air, Counter Surface Force, Strategic and Combat Support missions, which the IAF would need to plan, cater to, orchestrate and find funding for.

Basic reconnaissance, surveillance and targeting roles for drones would remain, with hard-kill capability being employed appropriately in any of the other air campaigns. Although Unmanned Combat Air Vehicles (UCAV) are already being operationalised in the developed world, and a Predator class of drone is recently reported to have fired a Hellfire type of air-to-air missile, as yet, there is no replacing the man in the cockpit, given the vast disparity that exists in drone and modern fighter aircraft manoeuvrability parameters.

Down the line, perhaps, when technology has grown by leaps and bounds in some decades and artificial intelligence starts replacing the human brain for air combat solutions, we may begin to see this generational transformation in employment of air power. Until then, the fighter pilot will retain his ‘Top Gun’ swagger!