One year of Balakot strikes, and Pakistan’s positioning 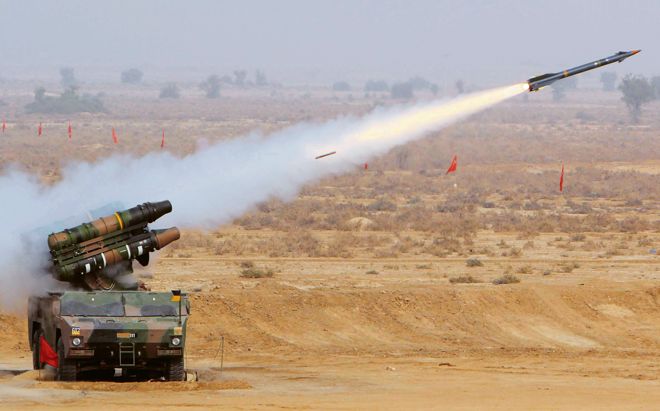 Lt GEN Khalid Kidwai (retd), former Director General of Strategic Plans Division, Pakistan, in his speech at the International Institute for Strategic Studies (IISS), London, on February 6, blamed India ‘as the critical determinant of the state of strategic stability in South Asia’. In his speech, which was shadowed by an anti-India narrative, General Kidwai held India’s actions responsible for the strategic instability in the region, and asserted repeatedly that Pakistan’s N-programme, positioning, expansion, and most importantly, its full spectrum deterrence, is in response to India’s hegemonic ambitions. General Kidwai’s statements are a reflection of the continuation of Pakistan’s position to fight its own insecurity and vulnerabilities. Its strategy has been to blame India for its nuclear positioning. The fact remains that India’s military announcements have never been in isolation or with an expansionist objective, but in response to Pakistan-sponsored acts of terror. The need to reassert its position by Pakistan has been felt much more strongly after India’s positioning of its redefined intolerance for terror strikes.

On February 26, 2019, the IAF targeted a Jaish-e-Mohammed (JeM) camp at Balakot in Pakistan’s Khyber Pakhtunkhwa province, after 40 CRPF jawans were killed at Pulwama (J&K) in a terror attack. India’s ‘non-military preemptive action’ against the JeM camp was aimed at countering future terror attacks for which the JeM was reportedly preparing. Pakistan retaliated with offensive air strikes in J&K, which Islamabad claimed were demonstrative strikes indicating Islamabad’s capability and the will to retaliate to India’s military actions.

New Delhi’s position saw a strong shift after the Pathankot terror attack in 2016. The Balakot strikes were critical and challenged Pakistan’s projection of an irrational and low nuclear threshold, which grew with the widening disparities between the two countries. The projection of nuclear threat has remained critical to Pakistan’s nuclear positioning, specifically after General Aslam Beg’s announcement of offensive-defence doctrine in 1989. Pakistan accelerated the sub-conventional war not only in Kashmir, but also in other parts of India (Punjab). Pakistan has maintained a posture of low nuclear threshold with an element of uncertainty. In 2002, General Kidwai, announced the red lines of Pakistan’s N-threshold in an interview to Italian journalists — specifying the space and military threshold, economic strangling and domestic destabilisation. It vaguely drew unlimited boundaries which could potentially include various steps taken up by India in the wake of acute tension or conventional confrontation. The objective of Pakistan’s N-weapons has been to deter any form of Indian military response, and has relied on its first-use doctrine. India’s nuclear objective, on the other hand, is to deter a nuclear war. New Delhi does not see nuclear weapons as weapons of war fighting and has a written No First Use (NFU) doctrine. Pakistani leadership has been convinced that they have managed to deter India with their posture of irrationality. This interpretation came out clearly in President Musharraf’s 2002 statement. Although he did not specify the N-threat in his speech to the army corps union in Karachi, he said he was ready to take a decision and act during the 2002 crisis.

There have been important developments in Pakistan’s positioning in the past year. It has limited options in terms of accelerating covert war, given the pressures from the FATF, severe economic challenges and a budget deficit which has compelled it to borrow from the IMF and other nations. Although the Pakistani leadership has invested ample energy in portraying the Modi government as being run on ‘Nazi ideology’ and raising issues about extremism in India, the fact remains that Pakistan is struggling with a serious challenge and its role in supporting terrorism is globally recognised. The US took a firm stance by slashing military assistance on account of Pakistan’s continued support to militant groups in Afghanistan. Pakistan has been on the FATF grey list since June 2018 and must comply with the 27-point action plan till June 2020.

PM Imran Khan has talked against Islamophobia in multiple forums. Pakistan is cherishing support from Turkey and Malaysia, who have defended its case at the FATF and are committed to a military and strategic partnership. Interestingly, China’s policies in Xinjiang against the Muslims have been given a waiver by Imran Khan.

At the domestic level, the military’s ascendency strengthened even though Pakistan continues to vaunt uninterrupted democratic regimes and elections since 2008. Army chief General Bajwa was the beneficiary of the war hysteria created around ‘India’s aggressive moves’, and managed to extend his tenure by three years, despite the frustration in the military’s top brass, and also a judicial intervention that challenged his extension.

Pakistan’s nuclear brinkmanship projects its desperation to deal with India’s stance and overcome its current challenges. The Balakot strikes demonstrated New Delhi’s resolve to retaliate militarily, using the strategic space above terrorism and below the N-threshold. Evidently, India has crafted a space for conventional war below this threshold in response to Pakistan’s covert war.