Economic recovery is on 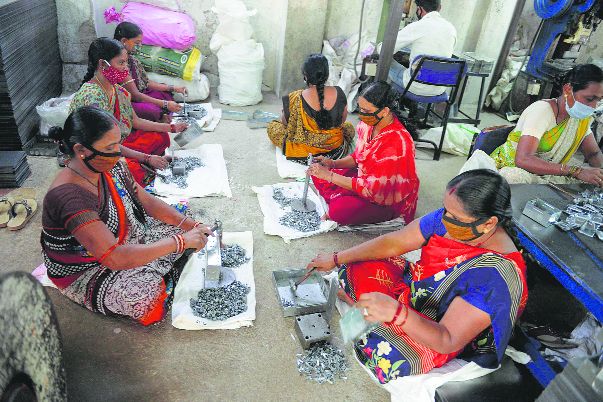 Going slow: The government has followed a cautious approach towards scripting an economic recovery because of what a rising fiscal deficit can do to India’s sovereign rating.

A broad consensus is emerging that the Indian economy is recovering from the severe setback that it had suffered from the coronavirus-induced lockdown. Among the latest to join their voice is Goldman Sachs which sees the economy contracting in the current fiscal year (2020-21) by 10.3 per cent against its earlier forecast of -14.8 per cent.

As these figures indicate, the tide may have turned but there is still a long way to go. So the key issues right now are: How strong is the recovery momentum and how appropriate or adequate is the policy package that the government is deploying to get back to respectable positive growth. And if what is being done is not enough, then what needs doing.

On the strength of the recovery momentum, there is positive sentiment in the forecast for the next financial year (2022) being pegged at 13 per cent. But a good bit of this will be the result of the pent-up demand built up during the lockdown playing itself out. It is important to maintain momentum, in fact better it, as even before the lockdown, the economy had sharply decelerated from the 7 per cent plus growth achieved earlier to 4.18 per cent in 2020, a 10-year low.

How appropriate are the measures that have been taken till now to enable recovery? It is quite clear that the government remains extremely cautious about not taking the fiscal deficit any further up than can be avoided. This to the extent of refusing to raise the level of spending to levels that will address the hardships still being faced by the poor.

Hence, the economy has been denied a level of actual stimulus (not what is trotted out on paper) which would have made a significant impact on the extent of deprivation still prevailing. This can be gauged from the manner in which unemployment, getting jobs, became a principal issue in the just-concluded Bihar elections.

Bihar, of course, has borne the brunt of the social misery that migrant labour, rendered jobless, brought with them on foot, bicycles, whatever. Ramping up the rural employment guarantee programme has helped, but only up to a point as the labour market still remains weak.

While that is the macro picture, a graphic and heartrending micro picture has been painted in a news report on the plight of shoeshiners who used to earn a living at the suburban railway stations of Mumbai. They have been a fixture ever since people can remember but were left jobless once the lockdown came and train services were suspended. Unable to support themselves and their families, they have trudged back to their villages, where they would at least not starve.

In going back to the village, some of them have had to take their children out of school in Mumbai which can end up terminating their education. These people are yet to get back their jobs and also have not been able to benefit from any government scheme addressing such destitution.

The same story is told in numbers which are the stock in trade of economists and statisticians. According to Sudhakar Shanbhag, a corporate investment chief, fiscal support to get the economy back to life will go up to 2 per cent of GDP after the impact of the third round of stimulus just announced plays itself out. In the first half of the current fiscal year, fiscal expenditure will actually contract by 1 per cent, year on year, as against the budget projecting an expansion of 13.2 per cent.

Incremental cash outgo in the current year is likely to be much smaller than the fiscal stimulus numbers announced because of several reasons. Some schemes have a multi-year focus so that spending in the current year, when deprivation is acute, will be much lower than what the overall figures suggest. Some of the spending will come from repurposing expenditure — taking resources from one head and putting them under another. All this is in contrast to the approach of the chief of the US Federal Reserve who has been described as the chief cheerleader for fiscal stimulus.

Despite the restraint in delivering a fiscal stimulus, the fiscal deficit in the current year is expected to widen to 8.2 per cent of GDP as against the budget estimate of 3.5 per cent. The irony is that this is likely to happen not because of a rise in expenditure but fall in tax revenue.

The government has followed a cautious approach towards scripting an economic recovery because of what a rising fiscal deficit can do to India’s sovereign rating and foreign investment in Indian paper. In fact, the government’s expectation is that with a recovery on the way, economic expansion is happening. As this picks up, speed factories will keep reopening, reviving jobs and income. This will take care of the need for a push to demand. But the whole point of this argument is that it will take time, likely several years, to play out whereas the deprivation is a stark reality today and needs to be addressed immediately.

In fact, some economists have suggested large-scale deployment of unemployment benefits, doling out cash to those who are without jobs and whose families are on the edge of starvation. This will kickstart demand, making the recovery both robust and sustainable, but it seems far from the government’s mind.