The record of country-specific sanctions in achieving the desired goals is patchy. In the international system, where no great power can escape the charges of hypocrisy in the application of the principle of upholding territorial integrity and concocting evidence to invade a sovereign country, the selective instrument of economic sanctions is not a panacea that hapless Ukrainians require at this stage. 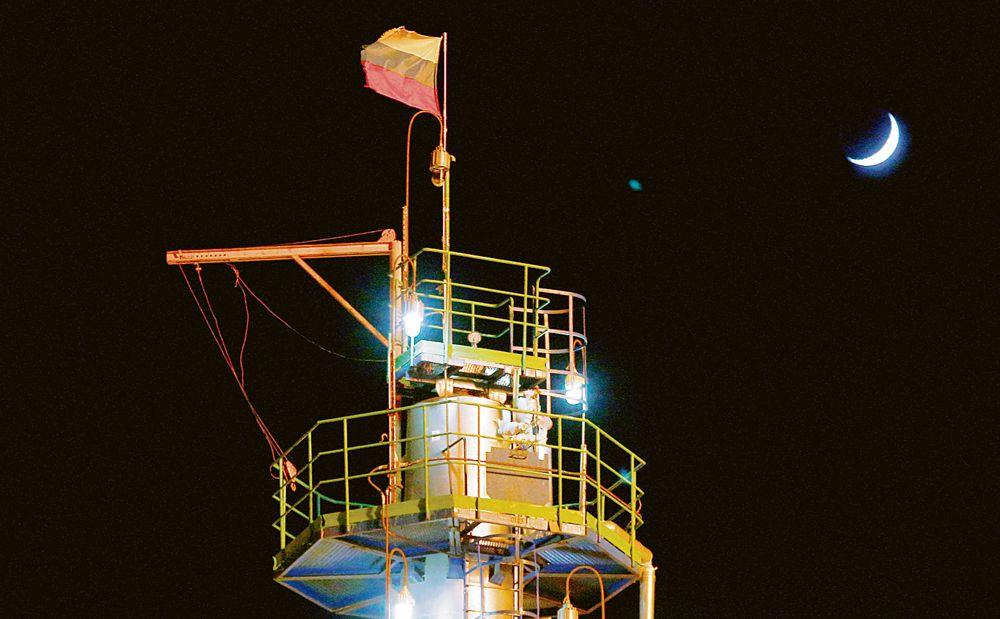 Pressure tactics: The US has decided not to buy Russian crude oil, though its dependence on Russia is minimal as compared to Europe. Reuters

With more than 5 per cent of Ukraine’s population having crossed over to neighbouring countries as refugees amid the ongoing war, the US and its allies are banking on a slew of much-publicised economic sanctions to rein in Russia.

Apart from freezing the assets of Russia’s central bank, the US, the EU and UK have reportedly banned people and businesses from dealings with this bank, Russia’s finance ministry and its wealth fund. Reports say certain Russian banks had been removed from Swift (Society for Worldwide Interbank Financial Telecommunications) and the ban will delay the payments Russia gets for its oil and gas exports. The US has decided not to buy Russian crude oil, though its dependence on Russia is minimal as compared to Europe. The practical reality is that the potency of these economic sanctions has to be examined in the context of past evidence and present geopolitical realities.

Sanctions are an age-old instrument. On the basis of earlier studies done on the human cost of sanctions in Central Europe and the Middle East, academic Nicholas Mulder, in his recent book, The Rise of Sanctions as tool of Modern War, writes, “In World War I, 300,000-400,000 people died of blockade-induced starvation and illness in Central Europe, with an additional 500,000 deaths in the Ottoman provinces of the Middle East affected by the Anglo-French blockade… In 1919, the Soviet republics of Russia and Hungary were the first states to be subjected to western blockades without an official declaration of war.”

In the post-colonial world, the United Nations Security Council (UNSC) has imposed sanctions within the scope of Article 41 of Chapter VII of the UN charter which states that “the UNSC may decide what measures not involving the use of armed force are to be employed to give effect to its decisions, and it may call upon the Members of the United Nations to apply such measures.” In the past 56 years, 30 sanctions regimes, including 14 ongoing ones, with a focus on supporting political settlement of conflicts, nuclear non-proliferation and counter-terrorism, have been established. Another bucket of sanctions are unilateral impositions by Member States and in this case, the US sanctions are considered the most potent because of America’s disproportionate weight in the global economy. Cuba is an example of unilateral country-specific sanctions.

Sanctions imposed by the US and the UK on Saddam Hussein-ruled Iraq were potentially a PR disaster. From 1995 to 2000, newspapers reports, particularly in the global south, documented their deleterious impact on Iraqi nationals, particularly the health of Iraqi children. Resultantly, smart sanctions entered the US discourse. The concept was to target the ruling elite in a country-specific context and minimise the impact of sanctions on the masses. This is easier said than done.

There is evidence that even the ruling elite in sanctioned countries with much less heft in the international system was able to withstand sanctions. Take the case of Myanmar: from 1990 to 2010, it faced comprehensive western sanctions. Myanmar’s ruling elite traded with China and other neighbouring Asian countries. The leadership of the army, better known as Tatmadaw, internalised the lesson of capitalising on the geopolitical rivalry between great powers to advance its goals and objectives. And, with China as one of the main destination points for its natural resources, the ability of smart sanctions by the western countries to impact the interests of the current Myanmar military leadership was considerably blunted.

Any initiative to impose UN sanctions on Russia is a non-starter as it is one of the P-5 nations. Though insecure and shaken after the invasion of Ukraine, Europeans also want to inoculate themselves to a large extent economically from the measure of economic sanctions against Russia. In 2021, the EU reportedly imported around 45 per cent of its gas from Russia. In 2020, Russian oil imports accounted for about 25 per cent of the bloc’s crude purchases. In this regard, the EU has pledged to cut Russian gas imports by two-thirds before the end of 2022. However, this is a mere pledge and many countries within the EU have opposed a complete ban on Russian imports.

At the UN General Assembly, 141 of the 193 Member States demanded that Russia immediately, completely and unconditionally withdraw all of its military forces from the territory of Ukraine within its internationally recognised borders. Fifty-two Member States didn’t vote against Russia, including China, India, Bangladesh and Pakistan —four countries which together account for more than 40 per cent of the world population. China has reiterated its old stance that “sanctions are never effective means to solve any problem” and opposed all forms of “US unilateral sanctions and long-arm jurisdiction”. In de facto terms, India’s position on sanctions is similar and a decision to continue or increase crude oil imports from Russia will depend on the cost-benefit analysis, including the impact of the decision on relations with the West and also European countries’ own approach towards imports of Russian crude oil.

The record of country-specific sanctions in achieving the desired goals is patchy. In the international system, where no great power can escape the charges of hypocrisy in the application of the principle of upholding territorial integrity, concocting evidence to invade a sovereign country and hubris, the selective and half-hearted instrument of economic sanctions is not a panacea that hapless Ukrainians require at this stage. Probably, combining a display of stronger will of Europeans to fully jettison energy dependence on Russia and preparedness to face the costs, a face-saver for President Putin and concerted action to address Russia’s real or perceived immediate and long-term insecurities may be potential means to end this impasse.