Election Commission in need of reforms : The Tribune India

Election Commission in need of reforms

Old hands in Nirvachan Sadan favour having a retired SC judge in the Central Election Commission. There is merit in it as the ECI performs several functions which are quasi-judicial in nature, such as dealing with the disqualification of MPs and MLAs, petitions and interpretation of rules in the Representation of the People Act. The prospect of ECI decisions getting overturned is not healthy. Therefore, there is a need for legally sound advice. 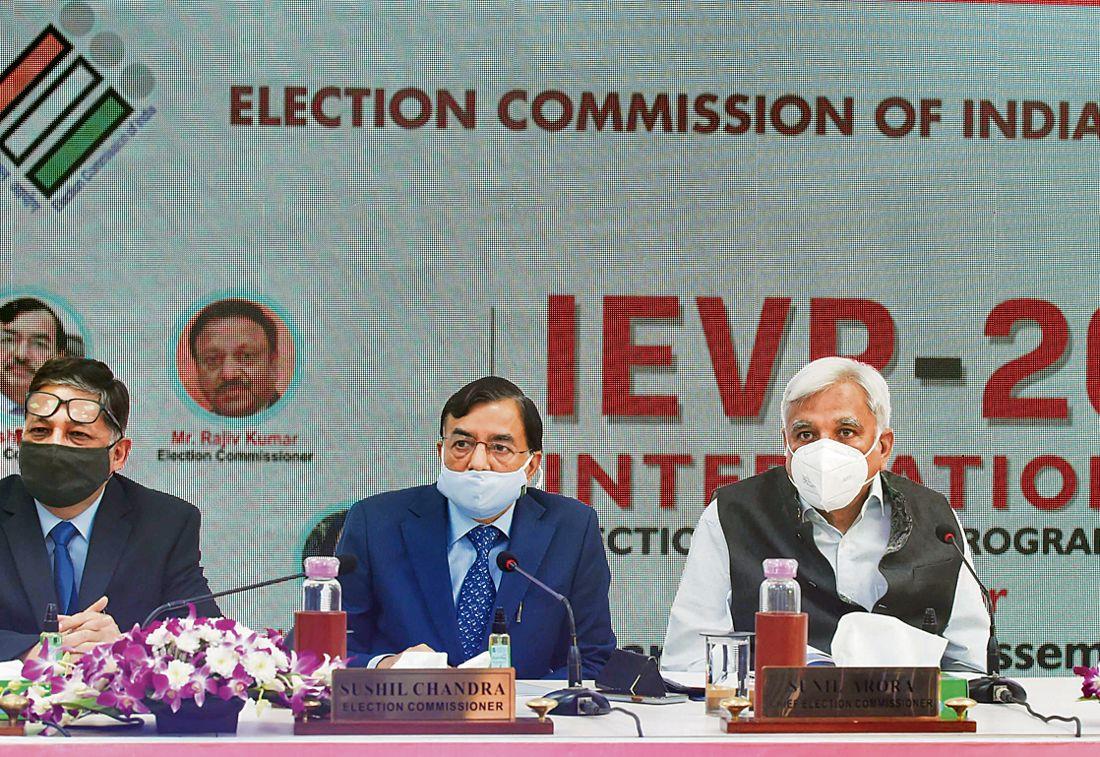 Uphill task: Withstanding political pressure is a major challenge for the ECI.

The delay and chaos in the United States presidential elections have brought into focus the effectiveness of the Election Commission of India (ECI), but critics continue to crib about the efficacy of the institution empowered to hold free and fair elections.

A major grouse against the ECI has been its inability to withstand pressure from the ruling dispensation and the alleged short shrift meted out to the Opposition. A closer look, however, reveals several inbuilt lacunae in the current functioning of the Nirvachan Sadan on New Delhi’s Ashoka Road.

The ECI, for instance, is currently functioning without a legal expert. The contract of its in-house expert, SK Mendiratta, an advocate, ended in 2019, after serving the commission for nearly 50 years without a successor. His job and duties are currently being performed by a Deputy Election Commissioner hailing from the Indian Administrative Service.

This is a significant lapse affecting the commission’s functioning. The ECI has constantly been at loggerheads with the political parties and powerful individuals where proper perusal of cases in various courts of law is required.

A cursory look indicates that the matter seems to have ended as polling got over. But for legal and political professionals, the Supreme Court’s order will have a bearing on the poll expenses borne by the party and the candidate and serve as a precedent in future. Therefore, there is a need to get a clear verdict whether the ECI had indeed interfered as the Chief Justice of India, SA Bobde, appeared convinced that the ECI has no such power to remove any political leader as a ‘star campaigner’. “We are staying your order. Who has given you the power to delist a candidate from being a star campaigner or a leader of the party under Section 77 of the (Representation of the People) Act?” CJI Bobde sought to know. The ECI should be duty-bound to respond as soon as possible.

In 2017, the ECI had held the present Home and Health Minister of Madhya Pradesh, Narottam Mishra, guilty of paid news. Mishra was debarred from contesting polls for the next six years but he secured a stay on his disqualification from the Delhi High Court which enabled him to contest the 2018 Madhya Pradesh Assembly elections and become a state minister in April 2020. The ECI had moved the Supreme Court, but the case has remained sub judice. ECI sources said a judicial verdict would have strengthened the ECI’s resolve to check the menace of paid news

Nath, Mishra and the ‘pending’ cases of several others make a strong pitch for some urgent reforms in the ECI. But an indifferent government and lacklustre public opinion have put the issue on the backburner.

In 1990, the Dinesh Goswami Committee on Electoral Reforms had suggested that members of the ECI should be selected by a panel consisting of the Prime Minister, the Chief Justice of India and the Leader of Opposition in the Lok Sabha. In fact, a Bill was introduced by the Chandra Shekhar government where the Chief Election Commissioner was to be appointed by the President of India, in consultation with the Chairman of the Rajya Sabha, Speaker of the Lok Sabha and the Leader of the Opposition in the Lok Sabha. Another feature of the Bill had stipulated that the CEC would be part of a consultation process in the appointment of the two other Election Commissioners. It’s strange that even after a full majority, when the party has been in power for the past six years, re-introduction of the Bill has not been contemplated.

Since then, several retired CECs have been lobbying to make the selection of Election Commissioners more democratic and transparent. They want the CEC and ECs to be appointed through a collegium system. The argument is that such a process would bring more credibility and protect the institution from the criticism that they are mere appointees of the government of the day.

The year 1993 saw a lot of hostility between the then Prime Minister PV Narasimha Rao and the CEC, TN Seshan, who was until then heading a single member ECI. Seshan had countermanded an assembly election in Tamil Nadu on the ground that he was not given adequate Central forces during the polls. Rao initially dithered and then brought in an ordinance to make the ECI a three-member body where any two could give a majority view. Describing the sequence of events, Seshan had told India Today, “On October 1, 1993, they (Rao government) waited for me to leave town, and landed two gentlemen in my office. They passed an ordinance, saying that all decisions will be taken by majority and landed those two donkeys in my office. The donkeys came and spoke to me viciously. So, do you understand the build-up of hostility?”

Old hands in Nirvachan Sadan also favour the induction of a retired Supreme Court judge in the Central Election Commission. There is merit in it as the ECI performs several important functions which are quasi-judicial in nature, such as dealing with the crucial issue of the disqualification of MPs and MLAs, petitions and interpretation of rules in the Representation of the People Act. The prospect of ECI decisions getting overturned regularly is not healthy. Often, the ECI’s opinions are binding on the President and Governors. Therefore, there is a greater need for legally sound advice.

According to Mendiratta, in the Bhagwati Prasad Dixit Ghorewala vs Rajiv Gandhi case dating back to 1986, the Supreme Court had rejected the contention that the CEC should have the same qualifications as those of a judge of the Supreme Court. But then, the ECI was a single-member body consisting of the CEC, whereas from 1993 onwards, it has become a three-member body.