Encountering the law and the polity

One has to proceed beyond criminals. Talking about them is glorifying the lot. Facts behind this so-called encounter make one laugh. No self-respecting writer would dignify this episode by picking holes in the charade, the stoppage of the TV caravan, shifting him into a smaller car which could be tilted, drama of the escape and the shooting. 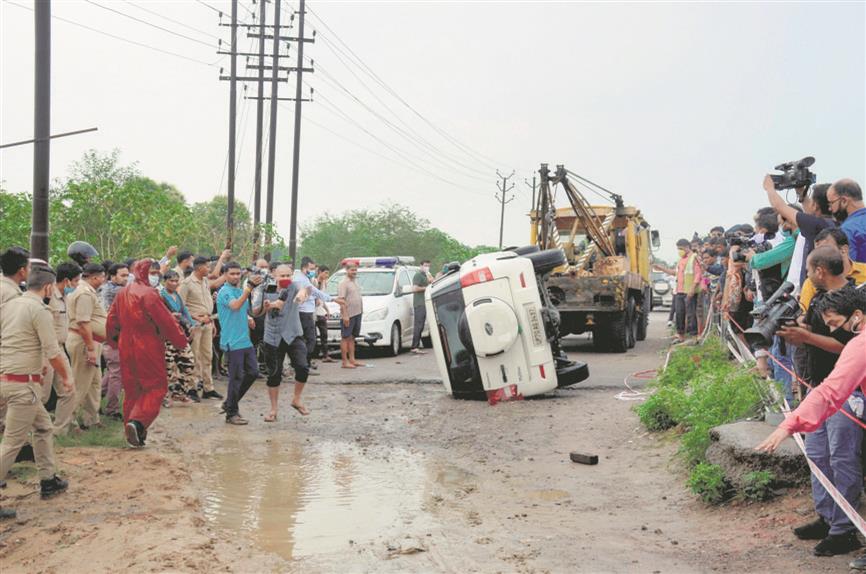 CHAOS IN BADLANDS: The July 10 killing of gangster Vikas Dubey has wider implications for the polity and the system of justice in Uttar Pradesh. 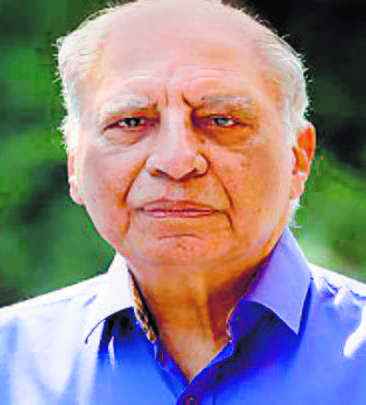 IF the state is fighting a criminal mafia, a narcotics network, or an illegal financial cartel out to fleece people, it is at a disadvantage. The others will bend the law, break it, try all the jiggery-pokery at their command, hire contract killers, do everything that law forbids. The state must work within the boundaries set by its laws and the Constitution. It cannot break its own laws. And let us face it, that respect due to the state lies in this very fact that it stands by its laws.

We need to look outside our little well. Look at the reaction in the US and the rest of the world to the knee on George Floyd’s neck! How do we react to brutality by our police? Is there a distinct difference between what the gangsters did and the way the state answered? A few years before I joined the IPS in 1958, Justice Mulla of the Allahabad High Court had denounced the police as the biggest organised breakers of law. People seem to have forgotten that stricture.

I think July 10 was a sad day for law and order. It was as sad a day as when forewarned criminals shot dead eight cops of Chaubepur police station of Kanpur district on July 3. In fact, July 10 was sadder. It had wider implications for the polity and system of justice in the most populous state in India. It was more tragic than criminals shooting members of a raiding police party dead.

The raid on July 3 leaves many questions. How did the police become sitting ducks? Did they carry weapons? They must have. Why was Vinay Tiwari, station officer of Chaubepur police station, not included in the raiding party? It turns out that he was in cahoots with Vikas Dubey ‘Kanpur wala’. Tiwari is in jail now. There are reports that he too was beaten up by gangster Dubey when he went to him to ask him to return the cash Dubey had looted from a businessman. This needs verification.

Were all police weapons loaded? Was the revolver of the brave Deputy SP, Devendra Mishra, loaded? You are going for a murderer with 60 crimes on his record book. If Mishra had a weapon, why didn’t he fire? Was there any retaliatory fire from the police party? Why weren’t the armed police or the PAC (Provincial Armed Constabulary) accompanying them? Why was it left to a Deputy SP? Why didn’t a more senior officer lead the raid? What was the SSP, Kanpur, doing? Twiddling his thumbs? This is where leadership has to be shown. Lead your men. The Army comes out trumps in such situations. The police lag woefully behind. Were inputs taken from the local intelligence unit, known as the LIU in UP? The SP who planned the raid should be held responsible. There is also the possibility of there being no planning. Just go and get the fellow, dash it!

With UP and the UP police, one has to invent phrases to fit the action. The first phrase coming to mind is (my invention) the Hashimpura syndrome, where on May 22, 1987, 42 Muslims were shot dead by the PAC, taken by truck and dumped in canals. Cases were registered only after corpses floated up. Most perpetrators stayed on in the force, earned promotions, some retired with pensions, and some of them died in bed. Amen! May their souls rest in peace.

Criminals rise to a higher status in the badlands of Uttar Pradesh. The Raja of Pratapgarh, Raghuraj Pratap Singh, better known as Raja Bhaiya, was facing allegations about the murder of a Deputy SP, apart from other actions. He joined various parties, including those that won the polls, and became a minister. There was the contract killing of our ace badminton star, Syed Modi on July 28, 1988. Those who hired the killer/s went up in politics.

But one has to proceed beyond criminals. Talking about them is glorifying the lot. Facts behind this so-called encounter make one laugh, the story put up, I mean. No self-respecting writer would dignify this episode by picking holes in the charade, the stoppage of the TV caravan following the arrested gangster Dubey, shifting him into a smaller car which could be tilted, drama of the escape and the inevitable shooting. The public is also to blame. The police must be flooded with congratulatory messages, well done! This is the way to circumvent our outdated system of justice. The effect on the polity and on the system of justice, especially in Uttar Pradesh, can be imagined. The Special Investigation Team (SIT) announced consists of an IAS officer and two police officers. One hopes that whitewash is not on the cards. The SIT needed a High Court judge, or a retired one. And, ideally, men from outside UP, a police officer from the paramilitary to help the SIT. With UP officers composing the SIT, can one expect a really impartial outcome?

What about satellite encounters, five of them? Press reports said that “hours after the Bikru village killings (the eight policemen gunned down), the police had gunned down Vikas Dubey’s maternal uncle (Prem Prakash Pandey) and his associate Atul Dubey.” Was the uncle involved in the shooting? The encounter of Kartikey, a close associate of the main gangster Dubey, was in the classic mould, a forerunner of the Vikas Dubey encounter. He was being brought to Kanpur. Did the car overturn? No, it had a flat tyre. He snatched a revolver from a sub-inspector and you know how it ended. Revolver-snatching is de rigueur for the ‘encounter’ to follow.

To the observer, this sounds like a bad nautanki. How will the young react to this? Lastly, how does one justify the razing of Dubey’s house? Under what law? You shoot at a police party and bulldozers move into your house. All this, including the five other killings, needs to be looked into. The SIT could well come up short, that is my apprehension.