India had pitched its case in a post-conflict Sri Lanka at the UN on two pillars — sovereignty of Sri Lanka and the rights of Tamils. This new strategic formulation for the first time equated the political aspirations of Tamils with recognising the territorial integrity of Sri Lanka drawn from the 1987 agreement which involved the sacrifice of 1,200 Indian soldiers who prevented the break-up of Lanka. That and assistance in defeating the LTTE, overriding Tamil politics, was the litmus test. 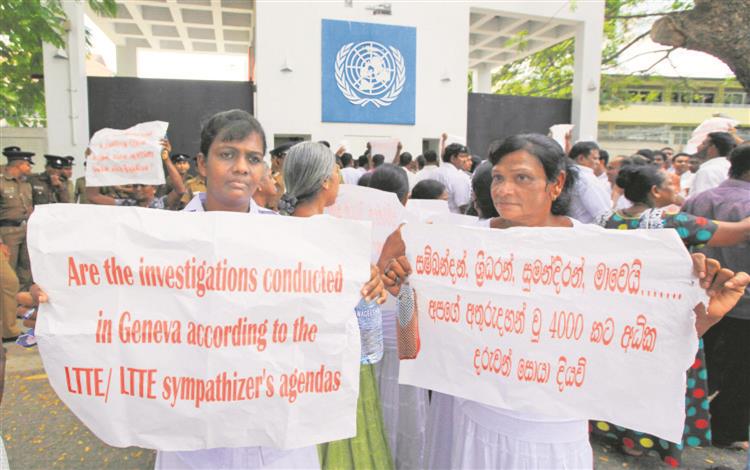 Bridge the hiatus: Sri Lanka has refused to budge on allowing international investigations into human rights abuses during the civil war. Reuters 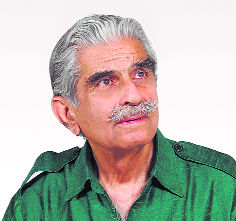 Effusive with optimism over a crucial vote against Sri Lanka on accountability over alleged human rights violations during the war on Tuesday at the UNHRC, Geneva, Foreign Secretary Jayanath Colombage said: ‘India has assured Sri Lanka of support’. Earlier he noted: ‘India cannot abandon us, we are immediate family’. In the seven UN resolutions on Sri Lanka since 2009, India voted in favour of the resolution in 2009, 2010 and 2012, and against it in 2013, while abstaining in 2014 which was welcomed by Sri Lanka. In 2015, India endorsed the US-Sri Lanka co-sponsored UNHRC resolution 30/1 from which Colombo withdrew last year with the return of Rajapaksas. On Tuesday, India abstained even as an overwhelming majority voted against Sri Lanka.

Sri Lanka has dragged its feet on reconciliation and accountability, vaulting from partial to full action to non-compliance. Equally, it has dithered on the implementation of the 13th Amendment, its position determined by the political clout of the government and India’s own political compulsions in Tamil Nadu. The West, led by the US and Europe, have imposed commercial and trade sanctions. While China and Russia have provided Colombo political cover, the West has been aggressively intrusive. India has acted in its national interest — either abstained from voting or supported resolution, and once voted against it.

A lot of water has flown down the Mahaweli river since. The Rajapaksa brothers are back with an unprecedented majority following the Easter Sunday bombing (2019), abolition of 19th Amendment and a likely new Constitution that could terminate the chequered 13th Amendment, putting paid to reconciliation with minority Tamils. Colombo is aware that provincial autonomy in the North within a united and indivisible Sri Lanka is a red line for New Delhi and tinkering with it is according to former President Maithripala Sirisena, ‘playing with fire’. China and Sinhala majoritarianism have emboldened the Rajapaksas to try and dare India.

Recent events — national anthem in Sinhala only, militarisation of the North, bulldozing the civilian war memorial at Jaffna University, pardon of Sergeant Sunil Ratnayake who killed eight Tamils, refusal to allow burial of Muslims till recently, cancellation of India-Japan joint venture for the Eastern Container Terminal in Colombo, offer of a solar project to China off Jaffna, plan to terminate the 35-year lease of Trincomalee Oil Tank Farms to India — are troubling. Still, the Rajapaksas have called India ‘the family’, the rest as ‘friends’ and elaborated its ‘India First’ foreign policy which was earlier reliance on New Delhi for security and Beijing for development.

It is against this background that India abstained from voting at Geneva. On March 14, President Rajapaksa had called Prime Minister Modi for India’s help to defeat the resolution with Foreign Minister Dinesh Gunawardene, speaking to his counterpart S Jaishankar earlier. But the most active solicitor of support was Colombage. On 13th Amendment, his views are in sync with the government, branding some Tamil leaders as leaning towards separatism. On January 15, senior Tamil National Alliance (TNA) leader R Sampanthan had said that Tamil parties had sought an international probe, including reference to the International Criminal Court, to investigate genocide, war crimes and crimes against humanity.

Last year, suddenly after five years, the Rajapaksas withdrew from UNHRC 30/1 under which it had agreed to time-bound investigation into the war crimes that took place during the war. The first draft (January 22) was damning and included ‘warnings of militarisation of new government (28 serving or retired or military or intelligence officials in key posts), reversal of important constitutional safeguards, political obstruction of accountability, exclusionary rhetoric and intimidation of civil society and use of anti-terrorism laws’. UNHRC’s Michelle Bachelet said the ‘present government was proactively obstructing investigations into past crimes to prevent accountability and that this has had a devastating effect on families seeking truth and justice’.

The second draft (February 19) called on Colombo to implement 30/1 from which it pulled out and two roll-on resolutions — 34/1 and 40/1. The present resolution goes back to an agreement at Kandy on May 26, 2009, between UN Secretary General Ban Ki-moon and Mahinda Rajapaksa.

The President appointed a Sri Lankan judge and a three-member presidential inquiry which produced a report called Lessons Learnt and Reconciliation Commission of March 2012. While the government noted that human rights violations took place during the war, it declined to accept the report. In 2015, with a national government in place, Foreign Minister Mangala Samaraweera accepted to host international judges in hybrid courts. But both President Sirisena and Prime Minister Wickeremesinghe chickened out. Heads or tails, Sri Lanka refused to budge on allowing international investigations into alleged war crimes

The Truth, Justice and Reconciliation conundrum is essentially stuck around missing persons. These relate to the 13,784 people who had surrendered on May 19, 2009. Gotabaya had disclosed while he was campaigning for president, that they were subsequently rehabilitated, re-integrated and given employment. The 13,784 figure he used to reveal as Defence Secretary during the annual army seminars at Colombo after 2011 that I attended. But this figure is probably different from the number that actually surrendered. One month into office, President Rajapaksa told the UN Resident Coordinator in Colombo that ‘thousands who were reportedly missing were actually dead’. There are still hundreds of former LTTE cadres in jail without trial for more than 10 years.

India had pitched its case in a post-conflict Sri Lanka at the UN on two pillars — sovereignty of Sri Lanka and the rights of Tamils under 13A. This new strategic formulation for the first time equated the political aspirations of Tamils with recognising the territorial integrity of Sri Lanka drawn from the 1987 Indo-Lanka bilateral agreement which involved the sacrifice of 1,200 Indian soldiers who prevented the break-up of Sri Lanka. That above all and the active Indian assistance in defeating LTTE in 2009, overriding domestic Tamil politics, was the litmus test. Colombo and New Delhi must reconcile and realign on 13th Amendment without delay and move on.