India faces problems on many fronts, the main being from China and not Russia. The West must realise that India cannot run away from the reality of CPC aggression which the West now is aware of. Hence, India can’t be seen to be in either in the Washington or Moscow camp. If India is friendly with both Ukraine and Russia, it can be replicated with Moscow and the US-led Quad too in the Indo-Pacific. 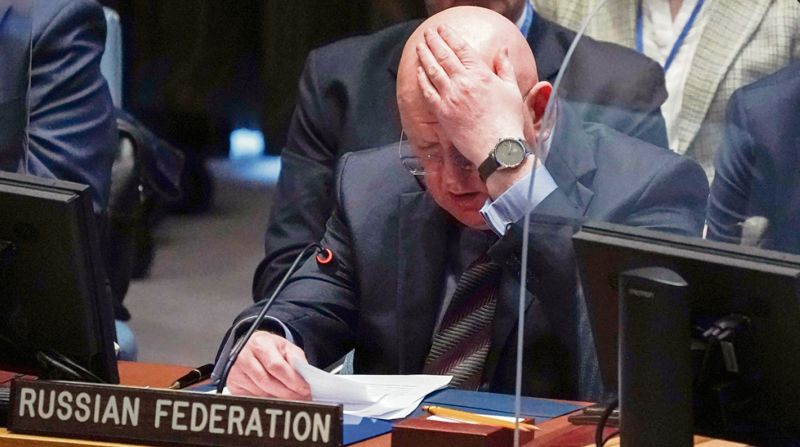 Tough times: Invasion of Ukraine has resulted in pressure on New Delhi to condemn Russia. AP 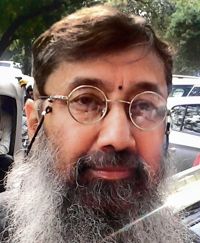 New Delhi owes its neutrality to its friendship with both Russia and Ukraine. Despite this, India is constantly pushed to play partisan in a conflict in which both belligerents, till 1991, constituted one country. Surely, it goes to Delhi’s credit to resist the pressure to toe the one-way line in the UN. Understandably, Indian neutrality stands for national self-interest which can’t be served by playing partisan. To remain non-aligned in Europe’s fratricidal dispute is the sole, sane and pragmatic way.

To India, isn’t it history’s repeat formula story, the traditional and familiar way to deal with and dominate the “Third World”? Mutually, Europeans had savagely fought on European land and beyond for hundreds of years. And a trend started with the 20th century’s First and Second World Wars, drawing surplus manpower as soldiers from non-belligerent, non-European states of the Orient to replenish the depleting combatants of the Occident.

At the diplomatic table too, the stronger wanted the economically weaker to follow the former. In this unabated endeavour, even in February-March 2022, a distant India is being nudged, pressured and persuaded, from all around, with a “behave yourself” advisory: Don’t be neutral; you ought to take someone’s side; pitch for the West-led camp and eschew the holier-than-thou, non-aligned diplomacy of past prime ministers; why don’t you condemn Moscow in the UN General Assembly and Security Council? Why don’t you speak up for a weak Ukraine? Will you be on the right side of history?

The US has advised India to distance itself from Russia. UK Trade Minister Anne-Marie Trevelyan declared that her government was “very disappointed with India”. Visiting Japan Prime Minister Fumio Kishida asked his host in New Delhi to adopt a tougher line and take action over Russia’s Ukraine invasion. A British MP urged PM Johnson to halt aid to India over her abstention from the UN Security Council over vote on Ukraine. It is a blistering chorus for “not following” the rules.

Nevertheless, there are some soothing words too: Australian Prime Minister Morrison’s “understanding of India’s position on the Ukraine crisis”. US President Biden too had second thoughts: Indian response to the Ukraine war is ‘somewhat shaky’ and an exception among the West’s allies.

Biden, belatedly though, has pressed the right button on India’s pragmatism and compulsion. Yes, India has been “shaky” since long and “shaky” even now. Not without reason though. For India, it’s usually pressure-cooker time. Turn the voluminous documents and pages of history of prolonged, ceaseless gunboat diplomacy of the West (Britain) to the East (Beijing) to get an answer.

India faces problems on many fronts, the main being from China, not Russia. For the last seven decades, Chinese aggression has been ceaseless. Invasion, grabbing of territory, trade imbalance, border blackmail and the latest being Foreign Minister Wang Yi’s jibe from behind Pakistan’s OIC shield. The West must realise that India cannot run away from the reality of Communist Party of China’s (CPC) aggression which the West now is aware of, after cultivating it for three decades. Hence, India can’t be seen to be in either the Washington or Moscow camp. A non-aligned India has to have neutrality and mutual cordiality with both, principally owing to the CPC threat and unprovoked invasion. If India is friendly with both Ukraine and Russia, it can be replicated with Moscow and the US-led Quad in the Indo-Pacific too. The West must realise the reality.

Historically, India bore ample testimony to the sugar-coated language of European merchants petitioning the Delhi Durbar in the 17th century, and the subsequent fire and fury of gun-toting Anglo-French military fighting their Europe-origin Seven Years’ War (1756-1763) on Indian soil. This long, tortuous and violent conquest of 65 per cent Indian land and crushing of all local rulers happened with widespread assistance of the local recruits/soldiers, fortune seekers and hereditary traders of the soil.

Regrettably, the West is still used to basking under the “glorious past” of inglorious performance. Especially, on India, it conveniently forgets, or selectively ignores the truth. Hence, it’s time to recall India’s subjugation of centuries by the West — all rulers came from the west of India’s Makran coast.

Hence, can the West really converge India’s 1.37 billion people’s national interest with that of 770 million people of Europe’s local conflict? The whole of the Americas’ 1 billion people are less than those of India.

Clearly, India’s needs are uninterrupted progress on at least six fronts — food, finance, factory, fuel, firepower and foreign fraternity. As known, except for two hostile neighbours China and Pakistan, India’s cordiality with others is stable and steady. Nevertheless, these two together keep Delhi perpetually unstable and rocky. Hence, India’s main focus is a China-led threat and not Russia. There’s little sense opening another remote front in a fiery field, taking partisan position, resulting in pleasing one and incurring the wrath and fury of the other.

Indeed, India is “shaky” because of the soft wicket of “globalisation”, conceived and created for the West’s polar position. Though not 100 per cent integrated, the interlocking of financial, banking, commercial, economic and security systems has limited New Delhi’s diplomatic and national choices on crises such as the one on the European mainland. Too much is at stake and it’s too hard to extricate oneself from the diplomatic cobweb woven around the United Nations, which appears to be losing its sheen and the ability to appear fair, except in cases of weaker nations.

War in a poverty-afflicted Afghanistan was fought by 42 invading armies under the aegis of the UN, which however was conspicuous by its absence in Libya, Syria, Iraq and Yemen despite witnessing enormous human tragedy and mass killing? Is the UN becoming malleable and a service outlet at the beck and call of the rich and powerful, like a few Third World countries’ judiciary, which allegedly serves the high and mighty, but remains blissfully unaware and ignorant of and unresponsive, indifferent to petitions of people living in penury?

So, let’s take a “somewhat shaky” India seriously, and not wish away her neutrality on Europe. Let’s not give credence to the West’s English daily, ridiculing Delhi’s diplomacy: “India undermines effort to isolate Russia” or “India explores rupee-rouble” pact to “circumvent sanctions”. Why should India try to “isolate” Russia, a “friend-in-need”, especially when the others ignored an India-in-need? Why on earth one thinks that India won’t look after the welfare, safety, security and economics of its people? One has got to be real. Instead of ignoring or denigrating India’s China threat, give respect to Delhi’s sovereignty and exemplary neutrality. Respecting sovereignty cannot be a one-way traffic to eternity and perpetual privilege of princes of antiquity.