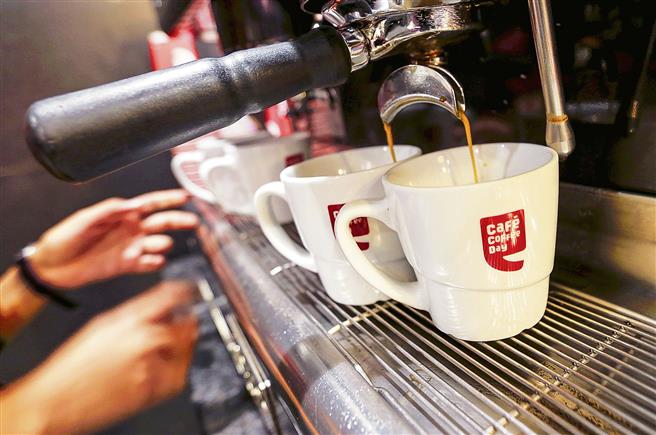 Raw deal: For every cup of coffee that costs Rs 250 on an average, the farmer’s share is a measly Rs 1.

ADDRESSing the National Convention of the National Growers Federation — a group of associations of coffee growers in Karnataka — at Bengaluru, I asked how much would be a farmer’s share from a hot cup of coffee that consumers drink in a trendy outlet. It took them sometime to work out the cost, so much so that they even looked at some international analysis, and what they presented a day later would sound unbelievable.

For every cup of hot coffee that costs consumers Rs 250 on an average in any upscale coffee bar/lounge, the farmer’s share is only Re 1.

It didn’t, however, startle me. More so at a time when the international prices of coffee is a third of what it was about 13 years ago. The commodity futures market for coffee has remained depressed, making the lives of producers more tenuous, forcing growers in many countries, especially the younger generation, to abandon plantations. In India, coffee prices have been on the decline for almost three decades, thereby further aggravating the crisis in the picturesque coffee belt. To overcome growing debts, estimated at over Rs 8,000 crore, many growers have turned their homes into home-

stays, some have abandoned plantations and many have moved out.

Earlier, a British Economic Survey report had computed a farmer’s share in a cup of coffee costing an average of 2.50 pound sterling, at only 10 pence. In other words, the coffee value chain, whether in India or in Britain, offers little or no succour to the coffee growers. Strangely, while all other stakeholders in a value chain end up making profits, it is the primary producer who is left to bear the brunt. ‘Unlike producers of commodities such as oil and natural gas, coffee farmers have long suffered from being at the wrong end of the value chain — receiving only a small fraction of the retail price of their crop,’ says a Reuters report. Knowing that commodity future trading has played havoc with coffee growers’ livelihood, the Financial Times had even sought a mechanism to stable coffee prices, which only shows that trading in futures market is no answer to the declining farm incomes across the globe.

Coffee is not the only agricultural commodity to be on the wrong side of the value chain, most other agricultural products fare equally badly. Several studies have shown that in case of bananas grown in Central and Latin American countries, and traded in America/EU, farmers’ share from every dollar worth of sale of bananas is a paltry 2 pence. Even for the best of value chains, workers earn around 5 to 7 per cent of the total value of bananas while the retail pockets 36 to 43 per cent of the value. This is true for all agricultural commodities. It is the retail trade that walks away with a disproportionate share of the profits. In the case of milk, some dairy farmers in the UK say that they receive at best 19 cents from every euro of every litre of milk consumers buy or sold, which is not even enough to cover the cost of production.

To illustrate how farm prices have been declining over the years, the US National Farmers Union (NFU) worked out a farmer’s share from what the consumers normally spend on a Thanksgiving dinner. Accordingly, a farmer gets just 12 cents from every dollar consumers spend. The US Department of Agriculture (USDA) has meanwhile also worked out that in 2018 for every dollar a consumer spends on food, farmers’ share of the profit pool was only 14.8 cents, which has seen a 5 per cent decline over the previous year. Interestingly, USDA analysis shows that while more than 85 per cent of every food dollar spent in the country goes for marketing, processing, wholesaling, distributing and retailing, the farmer’s share is too low.

NFU says for a pound of tomatoes costing $3.19 in the retail, a farmer gets only $0.54; for 5 pounds of potatoes retailing at $2.30, a farmer’s share is only $0.70. Similar illustrations by the Indian Council of Agricultural Research are required showing what percentage of the retail price of vegetables, fruits and food products actually are passed on to farmers, thereby helping consumers to understand the reasons behind growing indebtedness in agriculture leading to farm suicides. Take the case of poultry eggs. A newspaper report quoted the Indian Poultry Equipment Manufacturers Association as saying how in the past one year, the producer ends up making a loss of Re 1 on every egg consumers buy.

If becoming part of a value chain is an effective way for ensuring what is called ‘price discovery’, there is no reason why a farmer’s share should be declining. Further, linking these value chains with commodity futures trading is no assurance of price stability or a higher price as the coffee experience has shown. This is because to gain competitive advantage and high profit levels, companies are squeezing farmer’s price.

We should draw from the experience of Amul milk cooperative, which claims to pay dairy farmers nearly 80 per cent of the end-consumer price, and to expand the cooperative farming network to include vegetables and fruits to begin with. The other approach should be to announce a MSP or intervention prices for every farm commodity, linked to inflation, and then credit the difference between the market price and the support price into the farmer’s account as deficiency payments.

As far as value chains are concerned, a cess on value-added products can go towards providing direct income support for farmers. For this, it is time to look into a policy suggestion by Kerala Cabinet minister K Krishnankutty, who has been a farmer leader. Calling it ‘actio apportum’, his suggestion is to create a fund by fixing a cess on a value-added product, say Re 1 on every kg of rice, and from the amount generated, which will vary depending on the profit margin, an income support can be provided to farmers.