Supporting ASEAN’s centrality in its enterprise of multilateralism in the Indo-Pacific has been the consistent aim and effort of India’s Act East policy. Maritime security is one key area in which India could position itself to extend support to the region. In the post-Covid era, India and the countries of the East are well poised to draw closer towards a security convergence. 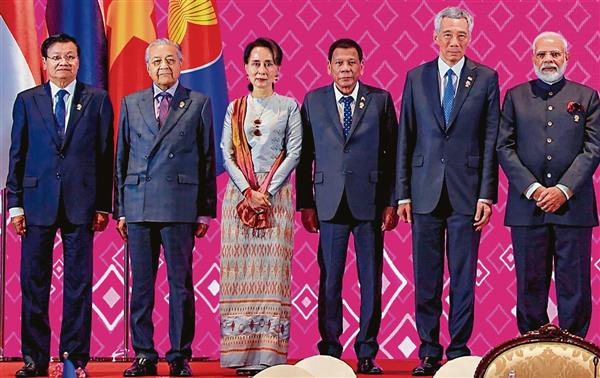 Like-minded: ASEAN nations subscribe to the principle of free navigation in the region. 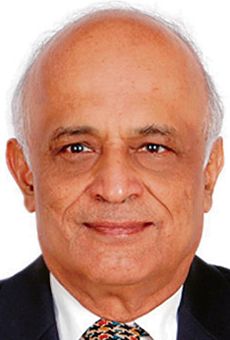 For the past four months, India has been totally occupied with two nightmarish concerns — the Covid-19 outbreak and China’s aggression against India. How are our partner countries in East and Southeast Asia, with which we are engaged under the Act East policy, handling the pandemic, even as they are affected in a varying degree by China’s combative assertiveness?

Being in the neighbourhood of China, Southeast Asian countries were hit by Covid-19 very early. Having suffered heavily due to the outbreak of viruses such as SARS and H1N1 from China in the recent past, East and Southeast Asian nations like South Korea, Taiwan, Vietnam and Thailand acted with alacrity, pressing their public health systems into action. The number of Covid cases and deaths there was very low.

China’s efforts to promote its response to contain the virus somehow did not impress the Southeast Asians. Although these nations may not openly criticise China for the coronavirus outbreak, they have shown their loss of confidence in China in a number of ways.

The Covid-19 crisis made Southeast Asia look inwards. The region has handled it with grim resilience just as we are also doing. In the post-Covid era, our engagement should focus on adopting mutual best practices in the area of health security for the people.

India’s support in the form of medical equipment and medicines to Southeast Asian countries during the pandemic has shown its commitment to work together with the neighbours during the hour of their need. Collaboration in pharmaceutical and vaccine research can be an area of considerable significance in our Act East policy in future.

The strategic dimension has undergone a major change in both Southeast Asia and India with China’s belligerent actions and the US-China Cold War. China may have been a factor in Southeast Asia’s security calculus from time to time and also our Look (now Act) East policy. Today, China’s several expansionist manoeuvres in Asia, and the armed transgression by the Chinese forces in Ladakh and the killing of Indian troops have eroded trust in China.

In recent months, the Chinese actions have met with strong protests from ASEAN (Association of Southeast Asian Nations). Even though the latter’s members are not united on the South China Sea question, the statement issued at the ASEAN leaders’ meeting in June, calling for strict adherence by all parties to the maritime laws and order as enunciated in the United Nations Convention on the Law of the Sea (UNCLOS) marks a shift, albeit small, in ASEAN’s stand.

The US has described China as the ‘geopolitical danger’. Secretary of State Mike Pompeo announced at the Brussels Forum on June 27 that the US would redeploy its forces from Europe to Asia to counter the Chinese threat in India, the Philippines, Indonesia, Malaysia etc.

Japan has declared to shift its industrial investments from China and Australia has announced a massive $270 billion (Australian) defence outlay over the next decade to strengthen its defences.

It is against this geopolitical backdrop that India’s Act East policy would have to be navigated in the coming months. While the ASEAN is seen to be generally circumspect in taking a position vis-a-vis China, India’s own experience of the Chinese aggression and military attack in Ladakh in recent months has driven it to totally oppose Chinese expansionism, militarily, politically and economically. The US, which has expressed support for India through a series of statements as well as a resolution in the House of Representatives, now seems to regard India as a key player in its rivalry with China. The revival of Quad with four powers — Japan, Australia, the US and India — demonstrates the desire of these like-minded countries to ensure an order based on international law in the Indo-Pacific. ASEAN countries also subscribe to the principle of open and free navigation in the region.

Supporting ASEAN’s centrality in its enterprise of multilateralism in the Indo-Pacific has been the consistent aim and effort of India’s Act East policy. Maritime security is one key area in which India could position itself to extend support to the region. The long-standing project of creating a full-fledged base on the Andaman and Nicobar Islands would go a long way in securing the Malacca choke point. As regards India’s development cooperation with the countries of the Indo-Pacific in the post-Covid period, the challenge could be of a financial crunch. A certain prioritisation may become inevitable.

Two connectivity projects, namely, the trilateral highway between India, Myanmar and Thailand, and the Kaladan multimodal transport project, which have gone on for a very long time would have to be completed soon. These are also of crucial importance to our Northeast.

The post-Covid situation offers an opportunity to India in the Indo-Pacific. The Covid experience of the countries of the region with China is such that it is highly unlikely that it will be ‘business as usual’. India will no doubt have to redouble its efforts with the countries of East and Southeast Asia to promote trade and investment as well as engagement in multiple fields.

In view of our decision to remain outside the present Regional Comprehensive Economic Partnership (RCEP) draft, India would have to focus on the existing comprehensive economic cooperation agreements with countries of the region. The latter also have networks of supply chains which Indian businessmen can seek to avail of.

Overall, in terms of traditional and non-traditional security in the post-Covid era, India and the countries of the East are well poised to draw closer towards a security convergence which would be a forward step for our Act East policy.