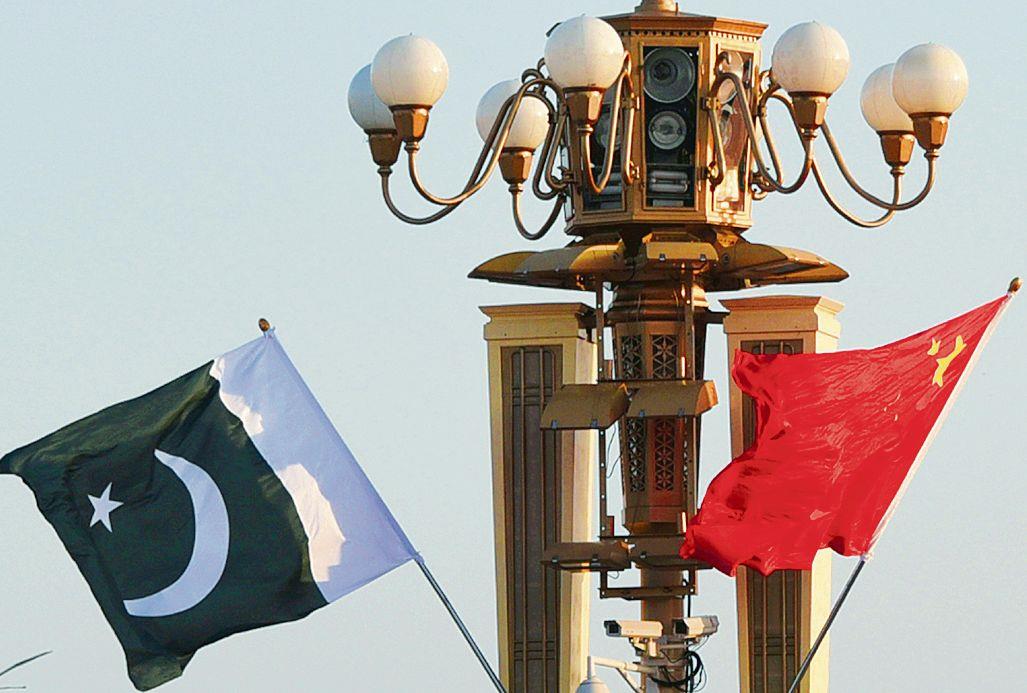 All-weather friend: China is the largest exporter of defence equipment to Pakistan.

In an interview with Jane’s Defence Weekly in 2019, the Chief of the Pakistan Air Force (PAF), Air Chief Marshal Mujahid Anwar Khan talked about the PAF’s procurement plans. The production of the new Block III JF-17s is likely to start by the year-end and the PAF “will make a decision on one of the two new Chinese AESA (Airborne Electronically Scanned-Array) radars” for these aircraft. The PAF plans to push for the development of a Fifth Generation Fighter Aircraft (FGFA) capability. Before the FGFA capability comes online, the PAF is evaluating a “new trainer and the Leonardo M-346, Hongdu L-15 and KAIT-50.”

Pakistan is currently under mounting economic pressure. The Imran Khan government is struggling with a high debt burden, broadening fiscal deficit, grey listing at the Financial Action Task Force and the stringent International Monetary Fund conditionalities. The GDP growth rate for 2018-19 was recorded at 3.29 per cent against the target of 6.2 per cent. It is interesting to note that economic challenges do not seem to impact Pakistan’s defence modernisation plans. The military build-up despite continued economic woes in Pakistan’s case can be attributed to three factors. One, Chinese equipment comes at ‘friendly prices’ and the sales to Pakistan are facilitated by an ‘easy procurement process’ and low interest rates. Two, the US military sales to Pakistan after 9/11 were facilitated by US aid and military assistance. Three, being a non-NATO ally, Pakistan became a recipient of the Excess Defence Articles (EDAs) from the US. The non-NATO ally status allowed the sale of used US weapons well below their depreciated value.

The details of Pakistan’s defence budget, which is controlled by the Army, remain undisclosed. The procurement of major defence equipment is supported by extra-budgetary sources.

After the Kargil War in 1999, there has been a change in the Pakistani thinking which has since then been inclined towards prioritising the build-up of the air force and aerial maritime strike capabilities of the navy. Details of its arms acquisitions indicate that Pakistan has focused on rapid modernisation of its air force since the Kargil War. This has to be viewed in the context of the reality that the army, which has ruled Pakistan for most of its existence, calls the shots in military priorities and modernisation. The US stood as Pakistan’s major arms supplier post 9/11, for about 10 years, when Pakistan again became its ‘frontline state’. However, Pakistan has made aggressive efforts to diversify the sources of weapons supply in the past decade. China and Pakistan have entered into joint defence projects, adding to the import and production of the PAF and the navy. While the main suppliers to Pakistan have been the US and China, PAF also received equipment from France, Turkey, Russia, Sweden and Ukraine.

The initial US supplies to Pakistan (after 2001) consisted of items like the UH Huey-II utility helicopters, Very High Frequency/Ultra High Frequency (VHF/UHF) aircraft radios, air traffic control radars, night vision equipment and other equipment and support systems, including intelligence-gathering devices. High-technology weapons and equipment from Washington included the much-desired F-16s and P-3C Orion Maritime Patrol Aircraft. Other US exports to Pakistan include AIM-120C AMRAAM Beyond Visual Range Air-to-Air Missile (2010-14), Scan Eagle Unmanned Aerial Vehicles (UAVs) (2015), Cessna-U206 Light Utility aircraft (2017) and Bell-412 helicopters (2010). Pakistan signed the deal for the acquisition of 12 AH-1Z Viper combat helicopters in 2015, but the delivery has been delayed after the US suspended military aid to Pakistan in 2018.

The US sanctions on Pakistan in the 1960s and in the 1990s and the growing mutual interests and stakes of China and Pakistan in strengthening the strategic alliance not only gave space for Chinese defence equipment in the Pakistani market but also Pakistan-made concerted efforts towards defence production which has provided an exposure to the Pakistan defence industry in the international market. The Chinese K-8 has been under production at the Pakistan Aeronautical Complex and the JF-17 is being jointly produced. Pakistan has acquired four ZDK-03 Chinese AWA&C aircraft.

Pakistan’s overall defence modernisation process focuses primarily on the build-up of the air force and maritime strike capabilities of the navy. The PAF is engaged in a massive modernisation (boosted after 9/11), both qualitatively and quantitatively. Islamabad is making significant efforts to add force multipliers to the PAF inventory. As China is the largest exporter of defence equipment to Pakistan, we need to understand that the economic crisis in Pakistan will not have a severe impact on defence procurements. China has been offering sops to Pakistan in terms of relaxed modes of payment, easy instalments and long-term loans.