For growth, revive the spirit of entrepreneurship

The simple point is that economic growth, or its absence, is about much more than economics. Most likely, it is our shared historical memories that make us fearful. Most who mourn the current increase in incomes are, perhaps, still trapped in memories of a life where whatever one did produced no results. India’s foray into a socialist planned economy soon after Independence destroyed whatever little entrepreneurial spirit had survived the shackling of Indians by the Raj. 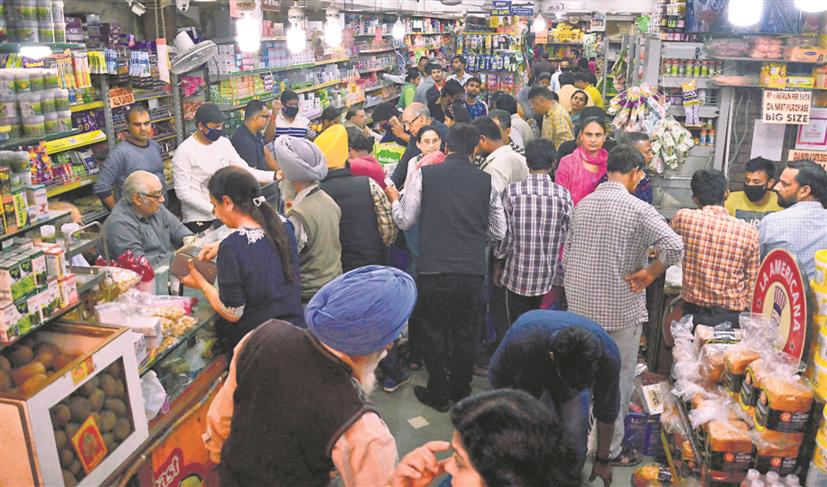 Two recent articles in The Tribune (Satya Mohanty’s ‘The hollowness of a $5-trillion economy’ and Aunindyo Chakravarty’s ‘Signs of a plutocracy’) join the chorus on the growing inequality in economy. In our effort at improving India, should we go back to our mean povertarian existence of the past and punish those who are creating wealth or explore ways that enable everyone to grow?

After all, the object of growth has to be that everyone is well off enough to provide a decent existence for themselves and their loved ones. Shedding tears that some among us are doing better than the rest is immoral. As immoral as the celebration of Harshad Mehta’s success by those who knew that his success was based on cheating the system. Presuming that not all Indians approve of cheating, the only explanation for the media lauding him could be that he came at a time when everyone was mired in poverty, with no possibility of getting out; the simple fact of at least one person having risen above the mire seemed to give people heart.

It is in the nature of human beings to appreciate success achieved through means that are fair according to popular mores. But ethics that admire cheats are best abandoned and circumstances that create such ethics should be changed.

It is bogus to talk about income inequality where people don’t recognise that income is a function of value created by an individual. Income is not a handout. What we call ‘growth’ is mostly increase in productivity of whatever we do — whether we write, read, make films, offer a service or produce some goods or sell something. Increase in productivity rarely happens without making efforts to improve abilities.

We have argued in various articles that the farmers’ income in present days can only be increased if the farmer weds farming with industry.

Among the non-farming professions, too, there are many which are not amenable to increase in income merely by improving efficiency and productivity. Haircutting would be one such. A barber typically spends 15 minutes with a customer who comes for a haircut. In an eight-hour work day, this would translate to a maximum of 32 customers every day. At a rate of Rs 200 per haircut, a barber could then hope to generate a maximum of Rs 6,400 a day. Value-added services like a shampoo or head massage would increase the income only marginally. The only way a barber could further increase income is by charging more. But that runs the risk of customers opting for fewer haircuts.

There are, however, millions of other jobs where increase of productivity — and of income — is possible. The neighbourhood kirana store is a good example. A recent Accenture report estimates that there are roughly 13 million kirana stores in India. The same study reported the findings of a survey of kirana stores that had undertaken modernisation. It reported an increase in the turnover for modernised stores from 20 per cent to 300 per cent, with the average increase being 135 per cent. The modernisation initiated varied from improving store layouts such as walkthrough aisles to installing inventory software.

Incomes in unorganised retail are always low. The 73rd NSSO survey in 2015-16 estimated that the annual income per trading enterprise in India was Rs 1,94,877. For such enterprises, gross value added per worker per year was Rs 1,15,885. Most of them are run as family businesses with almost no hired labour. They are also enterprises with captive markets, determined by location. Some increase in the efficiency of these enterprises can improve incomes considerably and create an estimated three million jobs. But that effort needs to be made.

The simple point is that economic growth, or its absence, is about much more than economics. Most likely, it is our shared historical memories that make us fearful. Most who mourn the current increase in incomes are, perhaps, still trapped in memories of a life where whatever one did produced no results. India’s foray into a socialist planned economy soon after Independence destroyed whatever little entrepreneurial spirit had survived the shackling of Indians by the Raj.

At least during colonial times, it was possible for enterprising Indians to create wealth despite all the restrictions put by the British. Almost 2,50,000 weavers of cloth lost their livelihood in the first few decades of colonial occupation when the markets of Britain and India stopped buying their cloth. Their cloth was three times costlier than that produced in a mill. It took a few decades for Indians to figure out how to set up cloth mills of their own. Once those mills started functioning, they quickly pushed away the cloth produced in England from the markets of India. This despite a desperate effort by the colonial government to stymie their growth by imposing harsh taxes and freight rates on them. By the 1920s-30s, when Gandhi convinced Indians to burn ‘European cloth’ in sympathy with the poor Indian workmen, most of the cloth that was being burnt was not of European provenance at all. It was being produced in Indian mills, by Indian labour, working under the supervision of Indian foremen, funded by Indian money. The only thing European about these mills was their machines which Indians had not yet started making in India.

The spirit of entrepreneurship among Indians could not be hindered by colonial obstructions. One of my favourite examples is of Sri CR Kesavan Vaidyar, an impoverished man of the Ezhava caste, who in the early 1940s started producing a vegetable oil-based soap as an adjunct to his practice as a vaidya curing people of skin ailments. On his honeymoon, he preferred to have his wife pack the cakes of medicinal soap that he had produced in the morning, which he would then carry on his head to supply to the local grocers. Chandrika soap still remains a favourite of discerning Keralites across the globe.

This spirit of entrepreneurship was completely killed by India’s unfortunate turn towards a socialist economy and the corruption that it engendered.

Few today recall the horrible experience of Ashok Leyland, set up by Nehru’s close friend and colleague and run by his widow. They had grievously erred by producing a few more trucks than what the socialist hegemons had allowed them. In an economy which direly needed trucks to transport goods, the company management twisted and turned for the next few months, trying to hide and justify the overproduction and escape being punished by the socialist bureaucrats.