From cave-dweller scientist to Nobel laureate : The Tribune India

From cave-dweller scientist to Nobel laureate

The genetic link between Homo sapiens and our closest extinct relatives, the Neanderthals and Denisovans, was unknown until it was established through Svante Pääbo’s epic work. Further to his discoveries, the focus is on analysing the functional implications of differences among Homo sapiens, Neanderthals and Denisovans, with the main goal of knowing more about how humans evolved as a successful species. 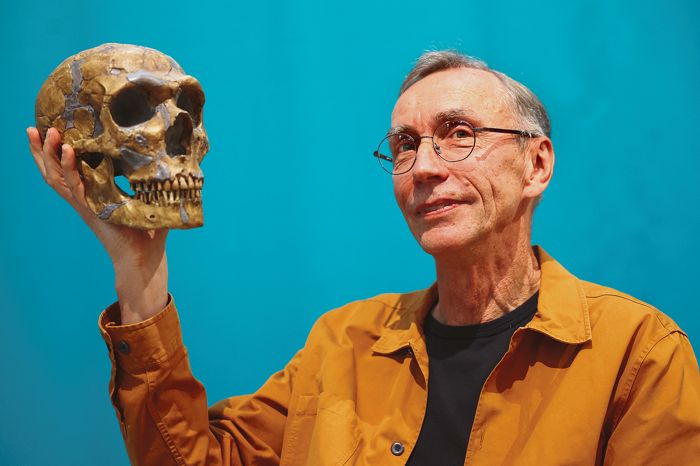 Right track: Svante Pääbo shifted to genetics and genomics with a special focus on paleoanthropology to obtain the Nobel Prize for a ‘non-medical’ subject. Reuters 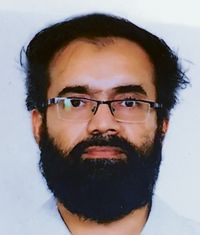 This year’s Nobel Prize in physiology or medicine has been awarded to Prof Svante Pääbo, Director of the Max Planck Institute for Evolutionary Anthropology, Leipzig, Germany. Pääbo’s Nobel journey is somewhat similar to that of another Nobel laureate, Prof Venkatraman Ramakrishnan, a physicist by training, who received the prize in chemistry for his biological studies on ribosomes.

Pääbo did research on the biology of adenoviruses and the immune system; he later shifted to genetics and genomics with a special focus on paleoanthropology to obtain the Nobel Prize for an apparently ‘non-medical’ subject, but with huge medical implications.

Pääbo is one of the founders of the scientific branch of paleogenetics, which deals with the characterisation of ancient genomes. Pääbo focused on a ‘high-risk, high-reward’ research where he studied human evolution with a particular focus on the Neanderthal man genome and discovered a previously unknown hominin, termed Denisovan.

Pääbo devoted a lot of time and effort to prehistoric caves in search of ancient human remains. His success also emphasises the importance of basic scientific research in the modern world.

But what was our relationship with the extinct Neanderthals? Answering this would require sequencing genomic DNA recovered from archaic specimens. Pääbo, while working at the University of Munich, took the challenging task of sequencing ancient mitochondrial DNA from 40,000-year-old bone remains of Neanderthals and found that the Neanderthals were genetically distinct compared to modern humans and chimpanzees.

Pääbo further assembled the ever-challenging task of building the Neanderthal genome and published the entire genome in 2010. Genome analysis suggested the independent origin of this human race outside Africa. However, the lineage of their ancestors dates back to Africa. Pääbo’s study revealed the possibility of Homo sapiens interbreeding with Neanderthals, causing their genomic dilution that has left traces of their genome up to 4 per cent in modern-day humans. Genomic comparison studies demonstrated that the most recent common ancestor of Neanderthals and Homo sapiens could have lived around 8,00,000 years ago.

In 2008, Pääbo sequenced the DNA from a well-preserved 40,000-year-old finger bone discovered in the Denisova cave in Siberia. The results were sensational as the DNA sequence was unique compared to Neanderthals and present-day humans. Pääbo discovered a previously unknown hominin, Denisova. Further studies revealed that gene flow between Denisova and Homo sapiens also occurred. This feature is evident in the human population in Melanesia and other parts of South East Asia, where some individual genomes carry up to 6 per cent Denisova DNA.

Pääbo’s discoveries have led to a novel understanding of the human evolutionary history. When Homo sapiens migrated out of Africa, there were at least two distinct and later extinct hominin populations inhabiting in Eurasia. The Neanderthals lived in western Eurasia, while their contemporary Denisovans thrived in the eastern part of the continent. The final expansion of Homo sapiens outside Africa towards the east was approximately 40,000 years ago; they encountered and interbred with Neanderthals and Denisovans.

Modern and robust methods for DNA sequence analysis support the view that archaic hominins have interbred with Homo sapiens in Africa. However, the tropical climate in Africa hinders the discovery of ancient DNA preserved from the bone remains of extinct hominins on that continent.

Pääbo’s discoveries on archaic gene sequences of our extinct relatives suggest the influence of modern human physiology. For example, the EPAS1 gene, which confers survival advantage at high altitudes — prevalent in present-day Tibetans — links back to Denisovans. Several Neanderthal genes are responsible for our immunological response to different infections.

Although Homo sapiens could do complex tasks such as creative tool-making, figurative art, travel across the sea, social organisation and communication, they often lacked the physical endurance and body mass found in Neanderthals. Successful cross-breeding of Homo sapiens and Neanderthals would have allowed better survival in the harsh Eurasian climate. The genetic link between Homo sapiens and our closest extinct relatives, Neanderthals and Denisovans, was unknown until it was established through Pääbo’s epic work. Further to his discoveries, the focus is on analysing the functional implications of differences among Homo sapiens, Neanderthals and Denisovans, with the primary goal of knowing more about how humans evolved as a successful species.

The migration of Homo sapiens out of Africa is an important topic in human evolutionary history. The current belief that our species originated from Africa and spread out to occupy much of Eurasia before colonising the rest of the world is also well supported by Indian studies. Studies by the Indian Statistical Institute and other research laboratories have supported the idea that India was a major corridor for the spread of early humans as early as 1,00,000 years ago, although the exact timeframe of human colonisation in India remains unknown.

A study by the Centre for Cellular and Molecular Biology, Hyderabad, has proven that the Andamanese tribe has closer affinities with the Asian population than with the African population, while the Nicobarese have genetic links to populations throughout Asia today.