A breakthrough was the money we were able to secure for the state from the 15th Finance Commission, wherein we got almost Rs40,000 crore worth of revenue deficit grants. The Commission, in its report for 2021-26, has acknowledged the viewpoints put forth by the state and recommended an increased share of 1.807% in the devolution of the net proceeds of the taxes for Punjab, which was 1.577% for the 14th Finance Commission period (2015-20). 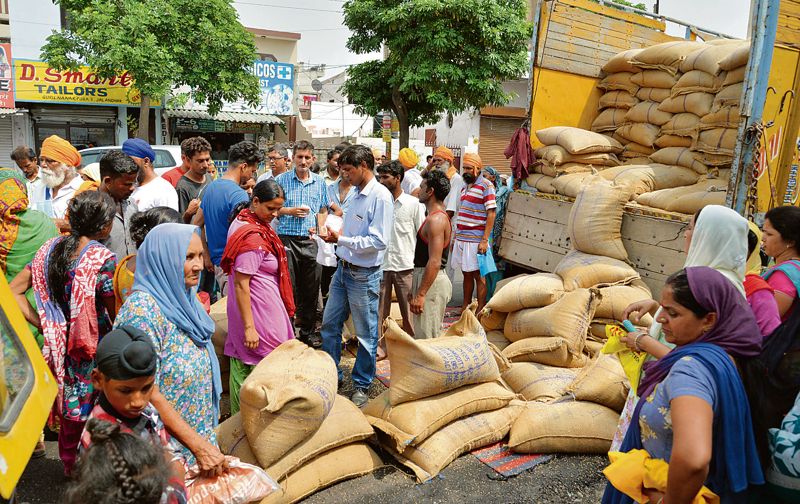 ATTA DAL SCHEME: It was one of the liabilities left by the government in 2017. Tribune photo 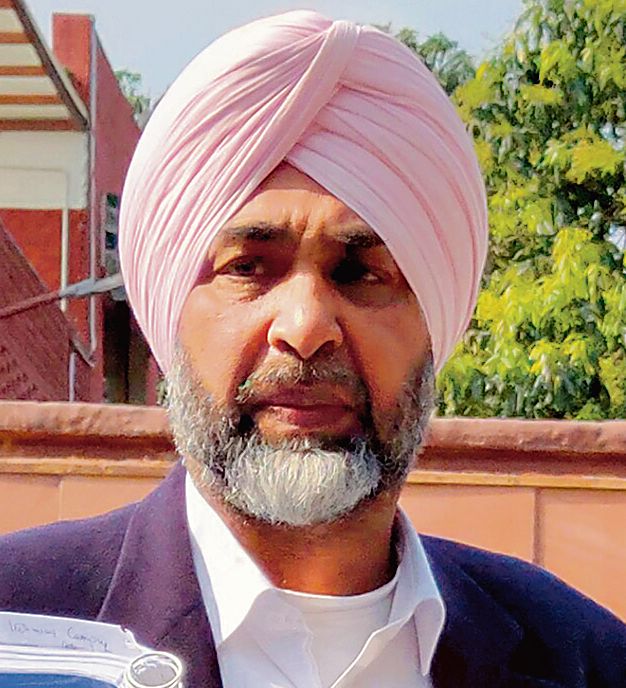 WHILE scripting a tribute to his mentor Alfred Marshall, John Maynard Keynes had described the qualities of a good economist as: “He must understand symbols and speak in words. He must contemplate the particular in terms of the general and touch abstract and concrete in the same flight of thought. He must study the present in the light of the past for the purposes of the future... He must be purposeful and disinterested in a simultaneous mood, as aloof and incorruptible as an artist, yet sometimes as near to earth as a politician.”

Having served as finance minister of Punjab for two terms, I would say that this description does befit the role of an FM because such a person must constantly walk the tightrope of political expectations and economic realities. When I became the finance minister in 2017, Punjab was on a fiscal precipice. With the state coffers virtually empty, there were hardly any resources left for public welfare schemes — something that was perturbing because Punjab was fast declining on crucial human development indicators and development goals.

The previous government left pending liabilities to the tune of Rs 13,000 crore for expenditure already incurred, including unpaid liability of the Atta Dal Scheme, dearness allowance and power subsidy.

The situation was so dire that the Reserve Bank of India stopped honouring payments of the state government. This happened for the first time in the history of the state and, perhaps, the rarest occasion when the RBI had to take such a drastic step.

While the previous government inflicted several wounds on the state’s fiscal, the unkindest cut was the conversion of Rs 30,584.11 crore of the CCL gap into a long-term loan on the last day of the previous government’s tenure. We have documentary evidence that proves that the Centre was willing to apportion the burden between itself and the banks, but the then government put this onerous burden on the people of Punjab.

As I look back at the last five years, it is satisfying to say that the Punjab Government today has zero pending bills in the state treasury. In fact, one of the high points of prudent financial management has been the fact that the state government has not gone into overdraft for even a single day during fiscal years 2020-21 and 2021-22 (up to November). The primary deficit stood at a monstrous Rs 41,198 crore in 2016-17.

A breakthrough for the improvement was the money we were able to secure for the state from the 15th Finance Commission (FC), wherein we got almost Rs 40,000 crore worth of revenue deficit grants. The 15th FC, in its final report for 2021-26, has acknowledged the viewpoints put forth by the state and recommended an increased share of 1.807 per cent in the devolution of the net proceeds of the taxes for Punjab, which was earlier 1.577 per cent for the 14th FC period of 2015-20. This was especially significant because the disbursals for Punjab from the 13th and 14th FCs were rather paltry.

One reason why we succeeded this time was because we were better prepared and presented solid arguments for Punjab before the FC. This, coupled with prudent debt management (wherein Punjab today borrows money from the open market at a rate of interest lesser than most comparative states). A proactive cash management approach ensured these improvements. Leakages and profligacy were checked through the Punjab Transparency in Public Procurement Act, 2019, which has brought transparency in procurement of goods and services.

Similarly, to remove arbitrariness, all receipts of the Punjab Infrastructure Development Board are now routed through the Consolidated Fund of Sate. Vindication came from the Comptroller and Auditor-General of India, which, in its report for the year ending 2019, singled out Punjab for praise, mentioning that it was on a fiscal-correction path. The state has started investing in the Consolidated Sinking Fund to pre-emptively mitigate the rollover risk or reinvestment risk. Nearly Rs 2,000 crore has been invested in this fund up to February 2022.

Some might suspect that this turnaround has been brought about by compromising on economic growth. Quite the contrary. The Gross State Domestic Product of Punjab has grown handsomely under the tenure of the current government. It stood at Rs 4.71 lakh crore in 2017-18, from where it increased to Rs 5.25 lakh crore in 2018-19 (registering an 11.5 per cent annual increase). The GDP further grew by 9.41 per cent to reach Rs 5,74,760 crore. The per capita income of the state has gone up from Rs 1.28 lakh per annum in 2016 to Rs 1.67 lakh in 2020, almost a 30 per cent increase — also, a good 25 per cent more than the national per capita average.

As a son of the soil of this land, I was mortified when I looked at the balance sheet I inherited in 2017. Credit goes to my colleagues in the Department of Finance and Planning who worked hard to bring about this improvement.

As a politician, I have often been accused of being parsimonious. The truth is, I am a social democrat who believes in the Keynesian principle of the government being the primary propellor of economy. I do not mind deficits, but I do object to unconscionable expenditures and kakistocracies, wherein a few profiteers thrive at the expense of a larger population. Any action that I take is governed by whether it is in the interest of the people of Punjab. And if the answer is in the affirmative, then whether it involves making an expense or curtailing it, I have never shirked.

In the closing scene of Christopher Nolan’s masterpiece The Dark Knight, the protagonist says: “I may not be a hero that Gotham deserved, but I was a hero that Gotham needed.” It will be presumptuous on my part to regard my tenure as FM with any feeling of grandeur. I am a man with modest talents, but what I do possess is an abiding love for my land of Punjab and for her people. In that sense, when I became the FM, I inherited a poisoned chalice deficit — fiscal as well as emotional — a sluggish economy, a precarious financial situation.

I submit that today Punjab is in a much improved situation. If the people repose trust in me again, I can tell you I will be back in whatever role the people of my magnificent state want me.

I am reminded of the hauntingly beautiful words of the great poet of Punjab, Allama Iqbal: Yehi ain-e-qudrat hai, yehi asloobe fitrat hai, jo hai rahe amal mein gaamzan, mehboob-e-fitrat hai (This is the law of Nature, the way by her prescribed. He who treads the path of action is the nature’s favoured child).