From ‘steel frame’ to ‘Babu’

Elected politicians head govts and All India Services are the instruments of governance. But, institutions have been destroyed, laws and rules compromised, conscience-keepers sidelined. In all this, most officers have become willing collaborators afraid to open their mouth, lest they anger the politician. If we are serious about bringing a change, we should begin with the political setup 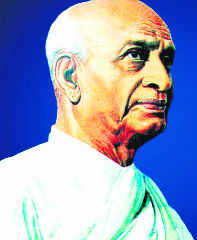 While speaking in the British Parliament in 1922, Lloyd George (then Prime Minister) stated in reference to the British civil service, ‘If you take the steel frame out of the fabric, it would collapse.’ Sardar Patel, while speaking in the Constituent Assembly in October 1949, stated: ‘You will not have a united India if you do not have a good All India Service which has independence to speak out its mind.’ He further said that ‘if you want an efficient All India Service, I advise you to allow the services to open their mouth freely; these people are the instruments, remove them and I see nothing but a picture of chaos all over the country’. Speaking in Parliament on February 10, 2021, the current Prime Minister stated that the IAS officers were handling most departments and incidentally he also referred to them as ‘Babus’, a word made popular by the media. This came as a bit of a surprise because he has always placed great confidence in bureaucrats.

From the steel frame to the instrument to keep the country united and finally to a figure of ridicule — a ‘Babu’. This journey from the sublime to the ridiculous has taken only 73 years. In this system of governance, we have chosen the elected politicians to head the government at the Centre and the states and the All India Services are the instruments of governance. Gradually, the political class has usurped the powers of the bureaucracy and has begun to run governments as personal fiefdoms. Laws are bent, rules are broken and the system circumvented in order to achieve political or personal objectives. With the passage of time, some unscrupulous officers began to collaborate with similar elements in the body politic and now the disease has spread to lower levels also. It has become a pandemic against which the only vaccination is your conscience or your will to stand up and speak the truth to power. Mercifully, there are a few who do this and that is why the system has not totally collapsed.

I will not go into details of how institutions have been destroyed, laws and rules compromised, collaborators rewarded and conscience-keepers sidelined. In all this, most of the officers have become willing, subservient collaborators afraid to open their mouth, lest they anger the politician. The nexus of the politician, elements in the services (including the judiciary) and the crony businessman/industrialist is almost complete and is in a position to not only influence policy, but also define it. The common man for whom the welfare state came into existence is nowhere in the picture except at the time of elections, when votes are bought or obtained in the name of religion, caste, etc.

For 30 years or so after freedom, the public sector was built to galvanise the economy. There was no private sector worth the name when the British left. They left no developmental infrastructure behind as they had no interest in the development of the country. It had to be created from scratch and that was done by men of vision, intellectual brilliance, solid integrity and full faith in the rule of law. They had created the Constitution and they lived by the principles enshrined in it. Together, with the services, they laid down a network of dams, irrigation facilities, steel plants, science institutes for education and to develop nuclear power for peaceful purposes, agricultural universities, cement factories and various other things needed to kickstart a country’s economy on the path of all-round development. The voice of India was respected in all international forums. This was because there was no nexus and all citizens, political leaders and officers were seen to be lending their shoulder to the national wheel of progress.

How did the public sector start performing at below-par levels? It was manned by officers of the All India Services who had entered through a very rigorous system of selection, got trained in the best institutes and were groomed by senior officers in the field and in the secretariat, men and women of proven competence and integrity. I was part of the UPSC from 2002 till 2007 and can say without hesitation that out of the lakhs appearing every year for the civil services exam, rarely has there been a complaint against the fairness and the integrity of the UPSC. The brightest of young men and women appear for this exam and about a thousand finally make it.

The problem begins when they go to the states and are posted in the field and get exposed to the electoral structure i.e. panchayats, municipal councils, corporations, MLAs, MPs, ministers, etc, and begin to see the difference between theory and practice. They seek support from their seniors when forced to do wrong, but very rarely does it come. So, what is it about the political environment in the field which does not allow the rule of law and good administration? It is the quality of men entering politics at all levels. About 200 MPs have criminal records and some of them are ministers. The same holds true at the state level and down to the panchayat. This kind of a political setup requires the same kind of instruments to do their dirty work. Thereafter, the young bureaucrats start getting wiser and most of them adapt to the ways of the system and you will find different shades of grey in their orientation.

If we are serious about bringing a change, we should begin with the political setup. There should be a special commission of eminent jurists, constitutional experts, representatives of all parties, etc. They should have a hard look at the prevailing conditions and come up with a code of conduct for all political parties, which should include the distribution of tickets for elections, for selection of ministers, interaction with bureaucrats, interference in transfers and postings, redressal of complaints of bureaucrats, to mention a few of the requirements. This commission and code of conduct should have statutory backing. Instead of going in the direction of reforming the political setup, which is at the root of all problems, newfound ideas like lateral induction at the level of joint secretary have been introduced. How will they fit in? How will they affect the career prospects of the cadre officers? How will they be selected? Will there be reservations? We should stick to the UPSC, strengthen it and focus on the reforms of the political setup in the country. It is easy to destroy institutions, building them is the challenge. For instance, what was achieved by replacing the Planning Commission with Niti Aayog? Individuals and a plethora of organisations cannot be a replacement for cogent, well-thought-out, planned institutions which have been built over a period of time. There is a large pool of institutional knowledge available with most of our established institutions, using it however is up to the leadership of these establishments.

In the light of the prevailing situation and the likely trends in the future, India leads the world in the number of high-net-worth-individuals applying for permanent residence abroad and in the unemployed millions at home. They will both look to foreign shores to go and try their luck there. There is nothing for the garib aadmi or the honest businessman here. Since the system does not cater to them, they will have to speak for themselves (most of the media will ignore them). The farmers seem to have realised the peril they are in and are out in strength to demand their rights peacefully. Will others join in? Only time will tell.