Future war with China will be tech-intensive : The Tribune India

Future war with China will be tech-intensive

China’s goal in a future war will be to seek information superiority by attacking and destroying its enemy’s information networks by using electronic, electromagnetic and firepower attacks. In the recent Tibet war games, China used drones to scout the enemy’s position and convey the coordinates. 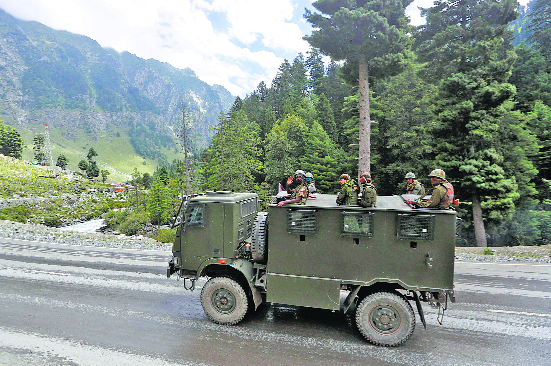 China’s principle: To accelerate the development of military intelligentisation. 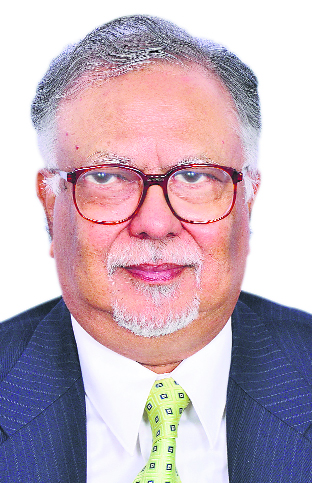 The high economic growth achieved by China in recent years has been accompanied by a concomitant rise in its aggressiveness with rapid modernisation of its military through acquisition of new and emerging technologies (NET), such as artificial intelligence (AI), 5G, quantum computing, new materials and energy platforms. The Chinese leadership believes that its only rival, the United States, is in terminal decline and with China having controlled the Covid-19 pandemic and revived its high growth trajectory, nothing thwarts it to realise its grand ambition of regaining historically ‘claimed’ territories in Ladakh, Taiwan, Senkaku and the South China Sea and establishing its hegemony in Asia and later in the world.

Having learnt from the US that its global dominance can only be achieved by a powerful military with preeminence in NET, Chinese President Xi Jinping, in his report to the 19th Party Congress in October 2017, “urged the PLA to accelerate the development of military intelligentisation” as a guiding principle for military modernisation. Intelligentisation is an advanced stage of informationisation. The latter involves digitalisation, networkisation and intelligentisation.

It means that various military platforms in a battlefield are inter-linked by an information technology network instead of being used on a standalone basis. Intelligentisation will principally be based on the use of AI in defining the parameters of a battle, including knowledge and comprehension of enemy positions, analysis of suitability and deployment of various weapon systems by a field commander, with or without the aid of automated command and control and communication systems.

China’s goal in a future war will be to seek information superiority by attacking and destroying its enemy’s information networks by using electronic, electromagnetic and firepower attacks. In the Tibet war games practised by the Chinese army, air force and electronic warfare (EW) units recently, drones were used to scout the enemy’s position and conveying the coordinates back, while special reconnaissance teams climbed cliffs to go behind the enemy's defences to provide strike coordinates to the artillery and the target area was then bombed by rockets launched from a J-16 multirole strike aircraft, rocket launchers and self-propelled artilleries. EW units were simultaneously deployed to interfere with enemy's command, control and communication facilities.

According to some military commentators, the People’s Liberation Army (PLA) has raced ahead in developing short- and medium-range missiles and hypersonic, laser and electromagnetic weapons but trails in long-range precision, stealth and intelligent weapon technologies. China’s DJI has emerged as a world leader in design and manufacture of drones, including for military purposes; it has tested a swarm of 119 drones, some of which were used in the Tibet exercise recently.

Similarly, China has made considerable progress in integrating AI into its tanks, naval forces and aircraft; it has built semi-autonomous land and naval vehicles, unmanned aerial vehicles (UAVs) and unmanned combat aerial vehicles (UCAVs). The face recognition technology for surveillance of the civilian population is being used for identification of the military targets.

China has launched more than 20 high-resolution earth observation satellites which can also be used to track the flight of stealth aircraft which avoid radar detection. China has built its own functional Beidou navigation system which can assist its submarines and other platforms. It has also developed lasers to shoot down UAVs, UCAVs and drones and interfere with the flight of an aircraft, the missile’s optical guidance system and dazzle or blind an enemy from a short range. Similarly, China's high-powered microwave weapons can disable or destroy the shielded electronics of weapon systems.

China's military has acquired a cyber attack tool, called Aria Body, which can be used to remotely take over a computer, to copy, delete or create new files, carry out extensive searches of data and cover up its tracks to avoid detection. Such tools have been used to hack computers of government, research and industry personnel in several countries, such as the Philippines, Vietnam, Myanmar and Australia.

China has an hierarchical vision of Asia in which Beijing is at the top and India is several rungs down the ladder. China has always viewed India as the only rival in its periphery and tried to contain its growth by arming contending Pakistan and in other ways. Since the Doklam standoff in August 2017, China has constructed at least 13 new air bases, air defence positions and heliports along its borders with India.

Given that the ‘rising’ China is set on its expansionist ‘mission’ of retrieving its ‘lost’ territories, including those in Ladakh and Arunachal Pradesh, and there are wide divergences in their mutual perceptions, there is likely to be no durable peace between the two countries until the current asymmetry in our bilateral power matrix is eliminated.

India has recently improved its standing on the Global Innovation Index from 67 in 2013 to 52. Given a national priority, our scientists can make rapid progress in the NET with the government’s financial and other support. Research and development in various domains of AI, such as algorithms, analytics, machine-learning and target identification, have to be prioritised by encouraging intensive academia-industry-government-led collaboration.

We have to strengthen the domestic manufacturing of drones, UAVs, UCAVs and other AI-based weapons as these are much cheaper in cost and can provide crucial support to the battlefield commanders. It is heartening to note that the DRDO successfully tested a hypersonic vehicle at a speed of Mach 6 recently.

The government has announced giving priority to the development of a strong indigenous defence industry. India recently signed a landmark agreement with Japan to enhance cooperation in cyber security, 5G, AI and other critical technologies. It is important that such efforts for civilian and military applications of AI and other emerging technologies are expanded in a mission mode so that India is able to improve its relative standing in the comprehensive power matrix with China.