Following operations on the Kailash Range in early September last year, the Indian Army captured commanding heights to give themselves an advantageous bargaining position for the future. Also, the determination with which the ground manoeuvres were conducted, in the backdrop of the pandemic, conveyed a clear message to an unpredictable adversary. 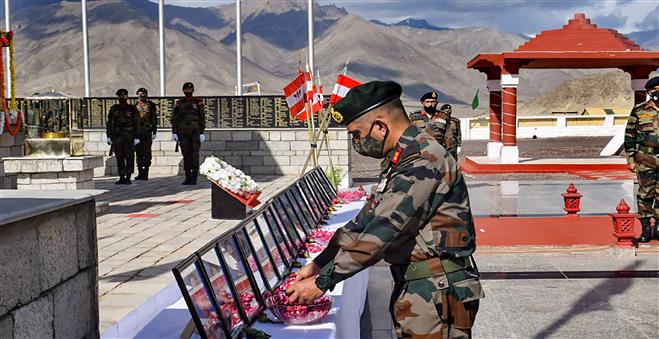 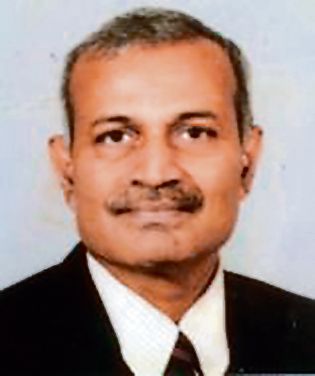 It was on the intervening night of June 15-16 last year that Colonel Santosh Babu, the unassuming Commanding Officer of 16 Bihar Regiment, and 19 of his men sacrificed their lives in the Galwan valley in eastern Ladakh. The Chinese had overwhelmed India at the same locale during the 1962 debacle. As the 20 brave warriors died fighting, another posse from the same battalion, along with two adjoining units, took on the Chinese PLA army in retaliation.

The Galwan incident exposed the vulnerabilities of the Chinese as a combat-proven entity and the limitations of a rigid party-affiliated PLA. It is reported that their conscripts expressed admiration for the unarmed combat prowess of the Indian Army, wishing to learn the ropes of hand-to-hand combat themselves for future use. The adversary’s famous ‘human wave’ tactics of 1962 had no doubt been replaced by crude, unconventional weaponry such as wire-reinforced clubs and stones. But it was clear even after a series of military and diplomatic meetings that the rules of engagement would change forever. Following operations on the Kailash Range during early September last year, the Indian Army captured commanding heights to give themselves an advantageous bargaining position for the future. Also, the determination with which the ground manoeuvres were conducted, in the backdrop of the pandemic, conveyed a clear message to an unpredictable adversary. The stand-off that lasted for a good part of last year also showcased the integrated battle culture of our defence mechanism.

India should actually have seen China’s misadventure coming, threatened as the latter was along India’s motorable road from Shyok to Daulat Beg Oldi. Pushed to the wall due to international opprobrium over the origin of the novel coronavirus, the Chinese leadership perhaps resorted to the border moves as a pressure-relieving measure. India needs aggressive diplomatic forays to call out the aggressor whenever that happens and the invoking of traditional goodwill with other friendly nations, as highlighted by Prime Minister Narendra Modi during his visit to Ladakh after the Galwan violence.

Going forward, such posturing would be as important as actual military capability for a high-altitude border war, when push comes to shove. With its mouthpiece such as Global Times and its cyber warfare, China would leave no stone unturned to create trouble for us by opening up a front with Pakistan to throw us off balance. Needless to say, the Indian Air Force would play a critical role in any future military confrontation in Ladakh. Inductions such as the Rafale jets would be the key to achieving favourable end results in any future military situation versus China.

India’s preoccupation with the ongoing Covid crisis could present an opportunity to China to attempt misadventures along the northern border, which has become ‘hot’ akin to the LoC with Pakistan, but with several additional challenges of high-altitude warfare. The Department of Military Affairs would have its hands full for the foreseeable future.

Innovative national policies and measures to spend adequately on defence need not be overstated, especially as military assets to conduct a high-altitude campaign would come at a price.

But there is a limit up to which arrangements such as Quad could help to counter the Chinese threat. A Quad Plus proposition and beefing up our maritime capability across Malacca and even into the South China Sea are possible options, should a war be thrust upon us. Malacca is an Achilles’ heel for the Chinese as nearly 60 per cent of their energy needs flow through it and here is where India, sitting atop an otherwise non-militarised Indian Ocean, could call the shots. Continued strong military ties with Russia and Israel are also crucial to ensure state-of-the-art, assured military wherewithal, as also is the arming of nations such as the Philippines and Vietnam with equipment such as the Brahmos, the Tejas LCA or associated training facilities. Afghanistan is another sector, especially after the American and NATO withdrawal from there, where India could end up directly jostling for strategic elbow room with China. One also can’t overlook China’s attempts to gain traction in terms of its footprint in India’s neighbouring countries such as Nepal, Bangladesh and Sri Lanka.

Thus, the time ahead promises to be challenging, tricky and critically important for our country to maintain its international reputation as a viable secular democratic power in South Asia. In doing so, our measures — military and diplomatic — to counter China’s ‘salami slicing’ attempts hold the key. And towards this end, the international goodwill we have may need cashing in, as exemplified in recent statements by American power brokers such as Republican Mitch McConnell and commentator Ashley Tellis.