Women have been equally affected, but media focus bore a male face 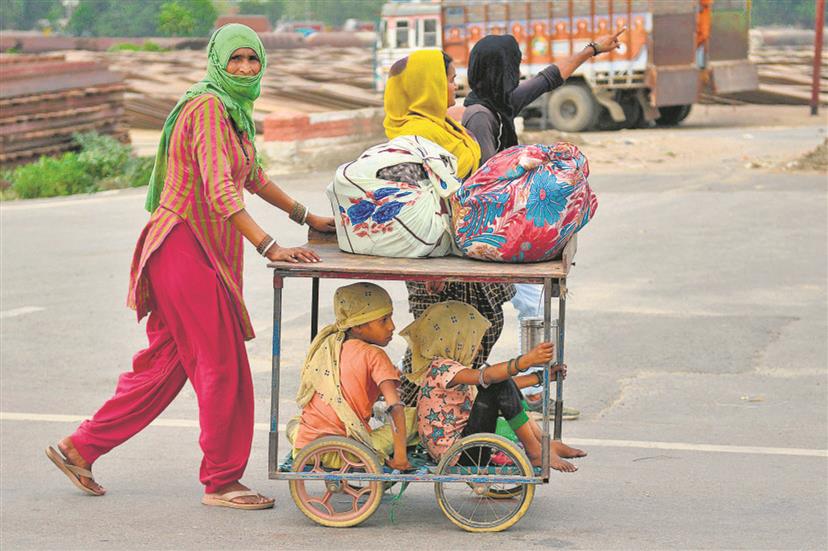 NOT FAIR: The greatest factor in skewed coverage is institutional conformism. AFP 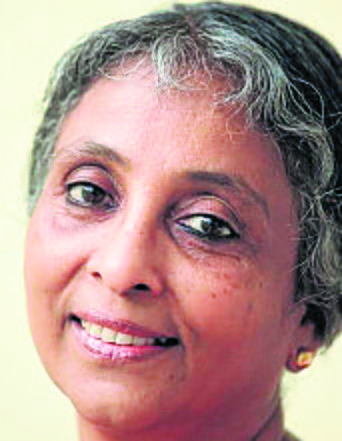 Senior Fellow at the Indian Council of Social Science Research

The exceptional times that we are living through come to us through media filters. Media coverage determines our understanding of how people have responded to the Covid pandemic through their acts of humanity and inhumanity. It reveals how the State has responded to this disaster and how it has failed to respond. It captures the experiences specific to this disease, from social distancing, testing, quarantining and hospitalisation to the savage taming of our bodies under masks and PPEs. In myriad ways, it reflects our fears and our hopes in the present moment, and it will mould the way we remember this period in the future. The pandemic may exist outside of the media but has come to be socially constructed by the media.

The cruellest aspect of the gaps in coverage is the inability to perceive the female gender as a heterogeneous social category.

Given this reality, the many gaps in media coverage assume importance and one of these is that of gender. Part of the reason for the endemic gender blindness in the media is that their default mode is male, their dominant voice is male, their sources are predominantly male. Consequently, the trivialisation and invisibilisation of women has become normalised over the years, which means that when an unprecedented health reversal like a pandemic takes place, the media does not have the language or imagination to capture distress and suffering along gender lines.

All migrants who walked back to their villages were tragic figures, but the experiences of menstruating women, sexually harassed women, pregnant women — some of whom gave birth on the highway — rarely surfaced. There were women among the 80 officially declared deaths on Shramik trains, but we can only surmise this because again, news reports barely registered their presence. When the image of a toddler removing a sheet covering its dead mother first emerged as a social media video, the mainstream reportage that followed was fractured and contradictory, with the railway police and the Centre’s Press Information Bureau maintaining that the woman had died of a pre-existing condition. One of the most thorough media investigations into the case came, ironically, from a fact-checking body, Alt News, which pieced together the woman’s story 10 days after her death: Arvina, working in Gujarat as a construction worker, was suddenly rendered jobless after the lockdown.

If the woman migrant went missing, so too did women as workers. The hugely negative impact of the pandemic on women’s employment was unmistakable but the unemployed during the pandemic bore a male face. When economist Ashwini Deshpande compared the employment figures for August 2020 with those of August 2019, she calculated that women were 9.5 percentage points less likely than men to be employed. Even when media empathy for women workers was called for, there was very little evidence of it. In June, ASHA workers went on strike in Bengaluru for withheld salaries. The media adopted a hostile tone, coming up with headlines like, ‘Blow to Covid-19 fight: 6 lakh ASHA workers on 2-day strike’.

If this inability to understand the life stories of women, who comprise an extremely poorly paid, yet vital workforce is bad enough, the indifference to the full dimensions of the spike in domestic violence during the lockdown is nothing less than callous. The police routinely fail to register cases of domestic violence because they do not see the criminality of wife-beating, dismissing it as mere misunderstandings between married couples, just as they routinely frame abuse extended within the family to sexual minorities and transgenders as parental disciplining. Media, to an extent, has also internalised such patriarchal understanding. This also means the broader aspects of domestic violence — including marital rape and forced pregnancies — prove elusive. While women with greater economic and social independence had access to contraceptives and pregnancy tests, poorer women often resorted to pencils and sticks to abort unwanted pregnancies, according to gynaecologists. The failure to report on such developments indicates the reporter’s inability to identify new sources of gender-centric information.

The cruellest aspect of gender blindness is the media’s inability to perceive the female gender as a heterogeneous social category. Gendered reporting, such as it is, tends to focus on the upper caste, upper class/middle class woman. A recent public hearing of ‘basti’ women conducted online by the Delhi Rozi Roti Adhikar Abhiyan indicated how deep is the cut that the pandemic has inflicted on the most vulnerable, even in India’s second richest city. Those without documents to secure a ration card face nothing less than an existential crisis. Testimonies emerged of eating rotis with salt; drinking tea dregs without milk; going to bed on empty stomachs; dealing with alcoholic husbands; having children go without that life-saving midday meal, seeing them pushed prematurely out of school and into labour markets, and even trafficking.

How do we account for such stories not emerging at a time when they are needed the most? The greatest factor in skewed gender coverage, it would seem, is institutional conformism. Exceptions apart, mainstream coverage, by and large, betrayed an incapacity to question government or critique its arbitrary politics. Persons of interest to the market, beneficiaries of class and caste privilege, those belonging to the ‘right’ gender, these were the faces that most emerged in the reporting. We are consequently left poorer in making the right policies to help India cope better with the crisis.