The government is paying scant attention to the fact that our women’s participation in the workforce at 34% is one of the worst, with the world average being 50%. Women have been dropping out of the workforce. Urban women fear for their safety and sexual harassment at the workplace. Rural women find it difficult to work outside home for lack of help at home. 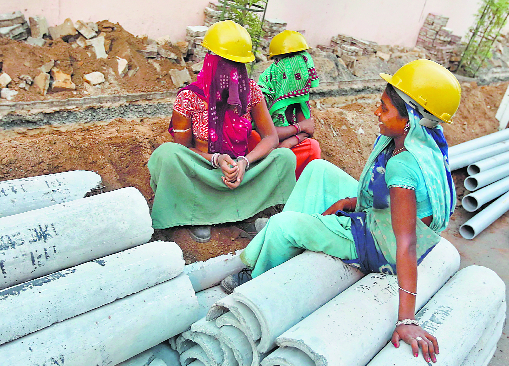 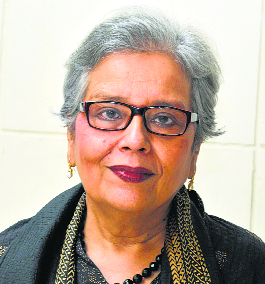 No one expected that Finance Minister Nirmala Sitaraman would go out of her way to opt for generous gender budgeting. She was busy pointing out that the economy has sound macro-economic fundamentals and there is little fear of a severe slowdown or recession. Micro sectors did get their due attention and the allocation of Rs 28,600 crore for women and child development may sound great, but is it enough for the 500 million women of India? It is not adequate gender budgeting which involves the government to allocate funds to women-specific schemes so that the benefits of growth are enjoyed fully by women. It is also not the allocation that is important but how the money is spent that is crucial. There are so much unspent funds and women are not able to benefit from the allocation.

There are a number of problems which need to be focused upon for gender budgeting. One is the age of marriage: 27 per cent girls are married off by the age of 18 which makes them vulnerable to patriarchy and torture by mothers-in-law and leads to early childbirth. India has the highest number of child marriages. Empowering women would require that girls are given higher education and training in some skills to enhance their earning power. There has to be a policy to incentivise parents to let their daughters study further or learn some skills before marriage. The committee set up for determining the right age of marriage is a welcome move.

Women work very hard in rural households which is unpaid work. Making women earn from doing work other than housework is important. The government should start light industries like food processing which can give jobs to rural women. This should be a priority of the government but it seems not to be the case in Budget 2020. Women making home-made products and snacks in rural areas can sell in nearby towns, but because of lack of mobility, they are restricted from doing so. Making transportation easy and safe ought to be a priority.

Unequal wages is another important source of low earnings for women. Very skilled embroiderers near Kolkata are paid a pittance while big designers make a killing making garments out of those fabrics. Women painters from Madhubani and Raghurajpur, Orissa, can be trained to make products that can fit into contemporary interiors. They have skills but lack innovation. All this requires detailed attention.

While the government doesn't seem to think that our unemployment problem is serious enough, it is also paying scant attention to the fact that our women’s participation in the workforce at 34 per cent is one of the worst in the world. The world average is 50 per cent. Women drop out of the workforce for various reasons. Urban women fear for their safety and sexual harassment at the workplace. Rural women find it difficult to work outside home for lack of help at home. Creche facilities for construction workers will enable more women to join the work- force. Also, equal wages in farm work is important for women to draw them into agricultural activities. Garment factory workers are paid low wages in order to let owners remain competitive. Instead, their productivity should be enhanced through better equipment and working conditions. Many more working women’s hostels are needed from the increase in allocation for it. Safety for women is the most important thing, especially in cities. In rural areas, too, women are vulnerable to rape and molestation.

The maternal mortality rate is high in India. Women’s health is not of importance, specially in rural areas. Rural women die during childbirth because of complications. If primary health centres were better equipped with medicines and doctors, many lives could have been saved. Also, inadequate pre-natal care is responsible for women developing complications. Unfortunately, the allocation on health remains a meagre two per cent of the GDP. Some state governments are refurbishing primary health centres, but it is not universal. India also has a large number of female suicides. Women’s mental health is increasingly a problem and has to be tackled.

Small-scale women entrepreneurs are growing. They need access to easy credit. The Budget 2020 has allocated larger funds to self-help groups and it provides for easier access to bank finance, yet more needs to be done because women are afraid of handling the bank paper work by themselves. It’s a good thing that the Finance Minister has thought of promoting beekeeping. Similarly, poultry and silkworm besides agriculture and organic farming should be promoted.

Some rural women make beautiful products from bamboo and grass, but have no proper outlet to sell them. Middlemen take huge cuts and exploit them. Marketing outlets are needed in villages known for their crafts.

If India wants to be a $5 trillion economy, the contribution by women to the GDP is of utmost importance. India cannot call itself a developed country if the women remain shackled by archaic traditions and patriarchy. Gender budgeting should aim at empowering women and making them stand on their own feet and make their own choices and decisions.

Also, to give a bigger market to products made by women, handloom and handicrafts that are mostly made of natural material by women should be promoted by people who matter in the world of style, interior decoration and fashion like Bollywood stars and top designers. Aiming at all these problems and resolving them call for careful gender budgeting which addresses all the problems that women are facing in 2020.