It is true that women need healthcare more than men do due to their reproductive and sexual health needs. However, the burden of disease has changed significantly over the past decades. Currently, the greatest burden of death and disability among women is attributable to non-communicable diseases, notably cardiovascular diseases, cancers, respiratory diseases, diabetes, dementia, depression and musculoskeletal disorders. 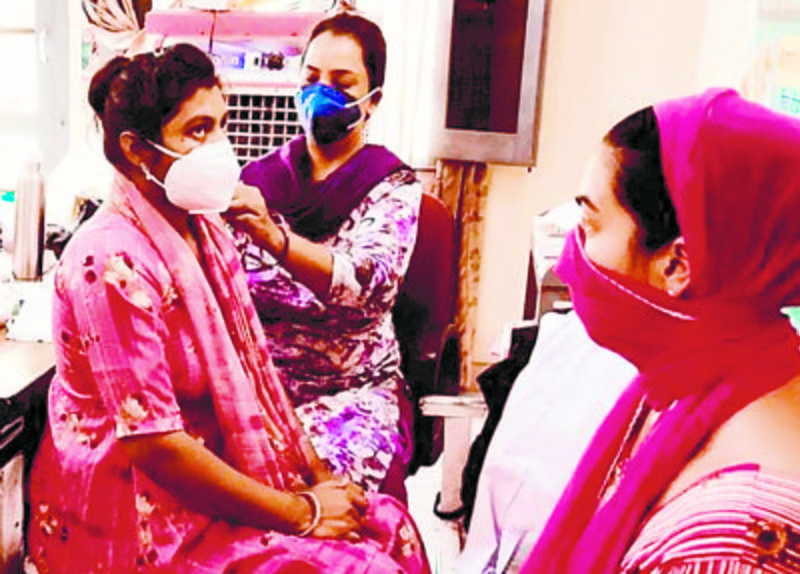 Vital: Adequate resources for the prevention, management and treatment of NCDs in women are needed. Tribune Photo

The Union Health Ministry recently released the fifth National Family Health Survey (NFHS-5), conducted in 2019-21. The understanding of the health issues revealed in the report suggests that when it comes to equality between men and women, India continues to struggle.

However, some positive features have also emerged. India’s sex ratio of females as compared to males has always been extremely unfavourable. It is the first time that this ratio has shown an upturn: from 991 females to 1,000 males in 2015-16 (NFHS-4) to 1,020 females in 2019-21.

The increase in the sex ratio of women is also considered to be due to the increased life expectancy of women and an improvement in the sex ratio at birth, although demography experts say that these figures do not give an accurate picture of India’s sex ratio.

The improved sex ratio brings the health aspect of women in India to the forefront. The health of women differs from that of men in many ways. Women’s health is defined by the World Health Organisation as “a state of complete physical, mental and social well-being and not merely the absence of disease or infirmity.” Often treated as simply women’s reproductive health, many groups argue for a broader definition pertaining to the overall health of women, better expressed as ‘the health of women’.

Among pregnant women aged 15-49 years, 52.2 per cent were found to be anaemic compared to the 50.4 per cent in the previous survey. But in this group, there is a stark difference between urban areas (45.7 per cent) and rural India (54.3 per cent). The higher level of education among the urban women may be responsible for this.

The survey also measured the proportion of women (15-24 years) who are using hygienic methods of protection during their menstrual period. This has increased across almost all states. The largest increase was seen in Bihar and West Bengal (28 per cent). However, it still remains low in Bihar (59 per cent), Assam and Gujarat (66 per cent). It is well known that lack of hygienic protection during menstruation leads to many diseases among women.

It is true that women need healthcare and access to the medical system more than men do due to their reproductive and sexual health needs. However, the burden of disease has changed significantly over the past decades.

Hence, to improve the health of women most efficiently, adequate resources need to be allocated to the prevention, management and treatment of NCDs in women. Such an approach could reduce the burden of NCDs among women and would also have the potential to improve women’s sexual and reproductive health, which commonly shares similar behavioural, biological, social and cultural risk factors.

Sex differences and gender disparities in health and disease have long been ignored. Evidence for clinically meaningful differences between men and women across all areas of health and disease is now being universally recognised and addressed. A systematic evaluation of such differences would improve the understanding of diseases as well as inform health practitioners and policymakers in optimising preventive strategies to reduce the burden of disease more efficiently in both men and women. A systematic approach to the sex-disaggregated collection, analyses and dissemination of healthcare data as well as sex-disaggregated implementation are needed. A strategy to ensure that women (and men) receive the best available healthcare needs to be developed, evaluated and implemented.

The main objectives of each round of the NFHS have been to provide reliable data on health and family welfare, examine the progress that the health sector has made over time and provide evidence for the effectiveness of the ongoing programmes. It has certainly succeeded in achieving these objectives.