Get around to the truth : The Tribune India

Get around to the truth

The problem of credibility is afflicting our political landscape 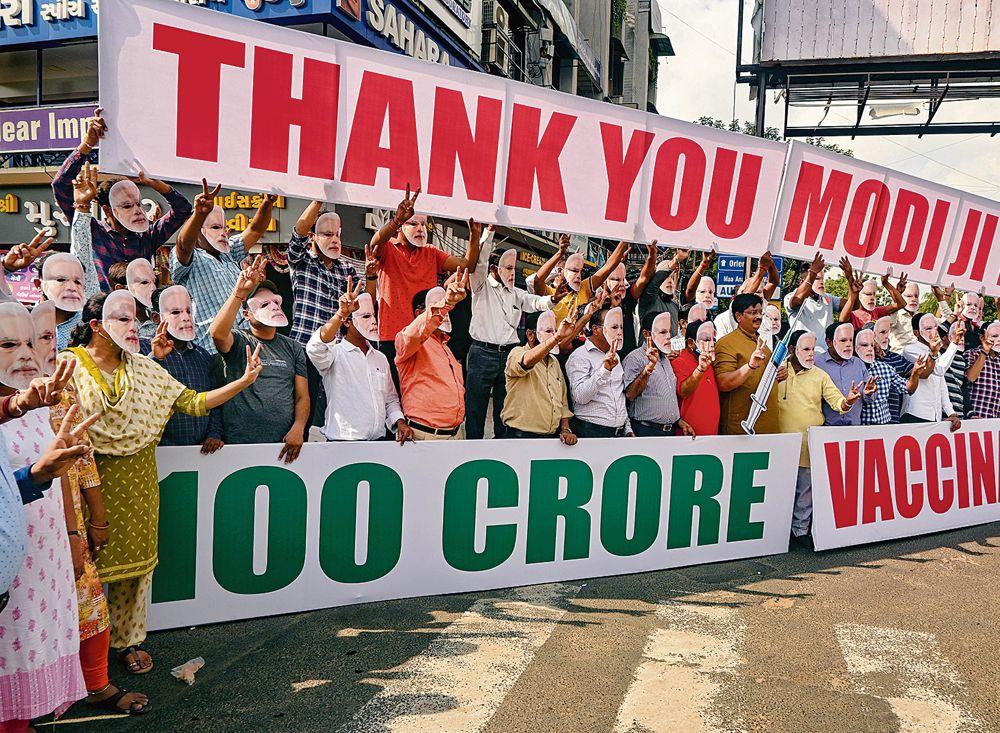 Misleading: Modi gave us to believe that all the billion vaccines were given to Indians for free, even though many people paid for the doses in private centres. PTI

It is almost impossible to sift fact from fiction in today’s India. Lies were bandied about even in earlier days, after Independence — less at first but steadily more as we experienced freedom. Today, however, this has become a veritable scourge. A recent example is PM Modi’s assertion in his celebratory speech on the occasion of the billionth vaccine dose administered on October 22. He gave us to believe that all the billion vaccines had been given to Indians for free, even though a great many people paid for the doses in private centres. It isn’t the first time Modi has failed to paint a complete picture of events. Consider his claim in 2018 to have achieved 100% electrification of villages. In reality, the UPA government had already electrified 1,09,524 villages between 2004 and 2014. The Modi government ensured that 18,374 villages were added. But to make the gullible believe that nothing was done before his arrival on the national scene transcends credibility.

Our integrity at home and abroad will not improve by denying facts but by speaking the truth at all times, or, at least, most times.

Surely, there is a need for wisdom and restraint in the pronouncements of our leaders. In their anxiety to claim credit and win elections, they often skip the need for common decency. What prompted the recent decision (now reversed) of the British government to not recognise our Certificate of Vaccination, though Covishield formulation was supplied to the Serum Institute of India under the AstraZeneca masthead?

We accused the British of racism. But, was that the real reason? Britain’s PM was once married to an Indian woman. The second-most important Cabinet post, that of Chancellor of the Exchequer, has been entrusted to an MP of Indian origin. Another important post, that of Home Secretary (Home Minister Amit Shah’s counterpart), is held by Preeti Patel, a woman of Indian origin.

How then can we make allegations of racism? Could it be the low levels of credibility our data and our assertions inspire that is the real culprit?

Our ruling party must rein in the numerous mini-Goebbels it boasts of and reduce to the barest minimum the number of untruths it circulates so that the credibility of our leaders is restored to pre-2014 levels, if not higher.

There was no need to deny that India experienced many Covid-19 deaths due to oxygen shortage (Uttar Pradesh alone sanctioned 555 new plants during the second wave to correct this), the hit to the economy due to demonetisation (a genuine miscalculation and certainly not intended) and boasts like the two I mentioned.

Our credibility at home and abroad will not improve by denying facts but by speaking the truth at all times, or, at least, most times. The use of Pegasus spyware to snoop on opposition politicians, activists and journalists would be difficult for the government to admit to. But the use of malware to keep the Bhima Koregaon accused in jail by planting evidence on them, as alleged by lawyers of the imprisoned people, would be highly immoral and condemnable if proven true.

The problem of credibility afflicts leaders of other parties, too. Recently, in Mumbai, a minister in the MVA government indicted NCB zonal head Sameer Wankhede on various counts of deceit, including on the faith he professes, his earlier marriage, his date of birth and his caste. The minister, Nawab Malik, says that Wankhede was actually a Muslim whose father’s name was Dawood. The officer asserts his father was a Hindu named Dnyandev. Reading between the lines it appears that his father may have been given the Muslim name of Dawood at a ‘nikah’ ceremony when Wankhede married a Muslim.

Wankhede was married to a Muslim doctor earlier. After 10 years, the marriage ended in divorce. A year later, he married a Hindu actress prominent in the Marathi cinema and theatre. How his matrimonial capers affect his conduct, especially in the Aryan Khan case, is not understood. It does appear to me that he is not coming out with all the facts when answering the allegations on his personal life. If he has lied, it could be concluded that he has a tendency to lie and that would be fatal for the case.

A much bigger issue is whether he fudged documents to get the benefit of reservation in government jobs. Only Hindus and Sikhs can claim such benefits, Muslims cannot. So, that charge will have to be examined in greater detail since it was the basis on which he was recruited in the Customs department.

But all these considerations are of minor import when the conduct of the NCB in associating a BJP worker and his friend, who is facing charges of cheating in four different cases, three in Thane and one in Pune, is considered. Informers are usually criminals themselves. I have never come across an informer who wants to be publicly acknowledged as an informer. So, who are these two worthies who have taken selfies with Aryan after his arrest and boasted to the media that it was their information that led to the arrest of the eight young merrymakers!

BJP worker Manish Bhanushali seems to be a compulsive publicity hound. He flaunts his individual photographs with Devendra Fadnavis, Amit Shah, Narendra Modi and now with superstar SRK’s son. After the Aryan case, Wankhede has come to be known to the general public. It is not an achievement to be particularly proud of.