Ghettoisation of the mind 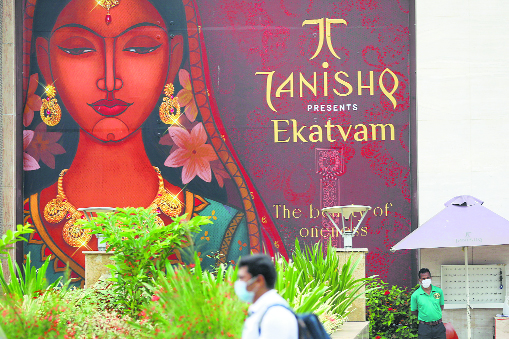 Message lost: We need spiritual seekers who can make us realise that beyond all labels lies our shared humanity. 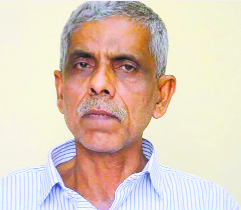 Much has already been said about the controversy surrounding the Tanishq ad—the message of inter-faith marriage it sought to convey, the assertion of the troll army and its aggressive objection to what it wanted to interpret as ‘love jihad’, the inability of the Tata Group to resist this orthodox and obnoxious politics, and eventually its decision to withdraw the ad. Pragmatism of the business rationality over the much-hyped ‘Ekatvam series’ ads triumphed. In a world filled with the constant stimulation of ‘breaking news’, we would soon forget this episode because in the age of instantaneity something more exciting is bound to occupy our attention. Meanwhile, the business would go on as usual; the urban elite would continue to buy Tanishq jewellery; and the likes of the Maharashtra Governor would not hesitate to use the word ‘secular’ in a terribly sarcastic manner.

Our society is not yet comfortable with inter-faith marriages, and those who dare, often experience the pain of ‘social boycott’.

The Tanishq ad looked ‘beautiful’: the metropolitan elite—visibly affluent, stylist and capable of buying diamond jewellery—conveying a message of the sacred merger of a Hindu daughter-in-law and a Muslim mother-in-law. Well, it looked like a sleek and gorgeous television serial. Do your business, charm the potential buyers, create an illusion of cosmopolitanism, and generate a ‘feel good’ moment! But how can we forget that even this class—I mean those who earn a great deal, visit Dubai and Singapore over the weekend, and love to buy diamond and platinum jewellery— is not really free from all sorts of regressive ideas? Look at the sociology of the elite matrimonial columns, and it is not impossible for you to see that, for instance, an IIT/IIM educated software engineer settled in Los Angeles prefers a ‘fair-skinned, convent-educated, slim Punjabi Brahmin girl’ for marriage! Barring exceptions, we have not succeeded in overcoming the dead weight of the past; caste, ethnicity and religion continue to play a significant role in marital choices. True, the hidden persuaders who coordinate the Tanishq ad sought to experiment with a dream; but then, paradoxically, the troll army made them see the harsh reality of Indian society.

We need to be honest and see the psychology of the ghettoised mind. Well, we are deeply aware of the ghettoised space. We live amid Dalit slums, Muslim colonies, and many other demarcated spaces. For instance, in order to feel the festivity of Eid, I have to go to visibly distinctive Muslim areas—say, the noisy and crowded Old Delhi or the narrow lanes of Hazrat Nizamuddin. I know I cannot feel the vibrancy of this festival in posh Vasant Kunj or Gulmohar Park. It is not just about the ghettoisation of space; the fact is that the mind too has been ghettoised. It is difficult for a Muslim to get a rented house in the middle class Hindu locality. We are terribly narrow, limited, fragmented and exclusionary. And stereotypes, apprehensions and rumours pollute the possibility of a meaningful cross-religious communication. Not surprisingly, our society is not yet very comfortable with inter-faith marriages, and those who dare, often experience the pain of ‘social boycott’.

In fact, the toxic communal politics we see around has not emerged in a void. Our secular modernity has not touched our souls; it has failed to inspire us to alter our life practices, question orthodox and obnoxious values, and move towards an open and inclusive social landscape. Furthermore, secularism has often been transmitted as a dry discourse of ‘reason’ limited to English-speaking and university educated liberal/left intelligentsia. Because of its inherent elitism, it has failed to enter a typical Hindu household or a Muslim neighbourhood. Even when at schools children are asked to write in their exams that here is a ‘secular’ country, or, for that matter, all religions teach tolerance, they realise its falsehood because they see its exact opposite in the society they live in. Yes, secularism looks good in calendar art, or in the imagery of a Bollywood blockbuster like Bombay. Orthodox priests, one-dimensional fundamentalists of all colours, Machiavellian politicians (including the ‘secular’ ones) and hyper-masculine protectors of ‘faith’ invade our consciousness. We fail to live together.

Is there a way out? It is difficult not to be a pessimist. After all, be it Kabir or Gandhi, Nizamuddian Aulia or Rabindranath Tagore, none succeeded in making us free from the chains of bigotry and violence. And today, when the dominant political discourse shamelessly pleads for majoritarian nationalism, the language of love, relatedness and cross-religious partnership is likely to be seen as a dangerous ‘anti-national’ idea. Because it wants enemies, not friends; it wants the walls of separation, not the music of togetherness. And with the increasing ghettoisation, the minorities too are unlikely to feel comfortable with what the Tanishq ad was trying to depict. In other words, despite the glitz of neoliberal consumerism and secular rhetoric, this is the age of extremism, fundamentalism and communalism.

Yet, we ought to try. We need spiritual seekers (not just rational agnostics) who can illumine our consciousness, and take us beyond the boundaries of organised religions, and make us realise that beyond all labels lies our shared humanity. It is love—not the fear of the ‘other’—that takes us closer to the divine. We ought to overcome all sorts of ghettoisation, live together, take part in collective struggles and shared moments of joy and pain. Only then, can a Hindu see himself in the heart of a Muslim, or a Sikh would see eternity in a living Christ.