Global heating caused by the use of fossil fuels creates a vicious circle. One example is the use of ACs to cope with heat. Even the users who understand that the AC is bad for the planet feel helpless. ACs account for a fifth of the electricity used around the world. Much of this electricity comes from power plants using fossil fuels, which emit greenhouse gases and lead to greater rise in temperatures. 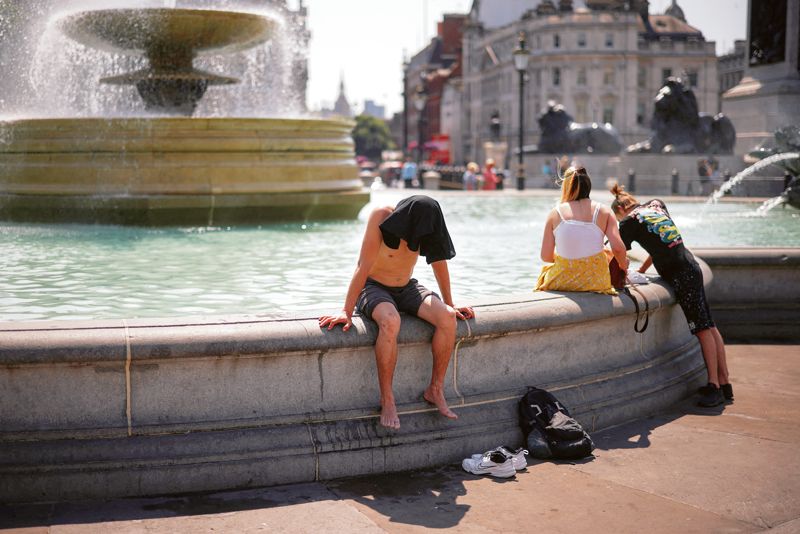 APOCALYPSE NEAR? The UK appeared to have turned into an inferno on July 19 as it sizzled at 40.3°C. Reuters 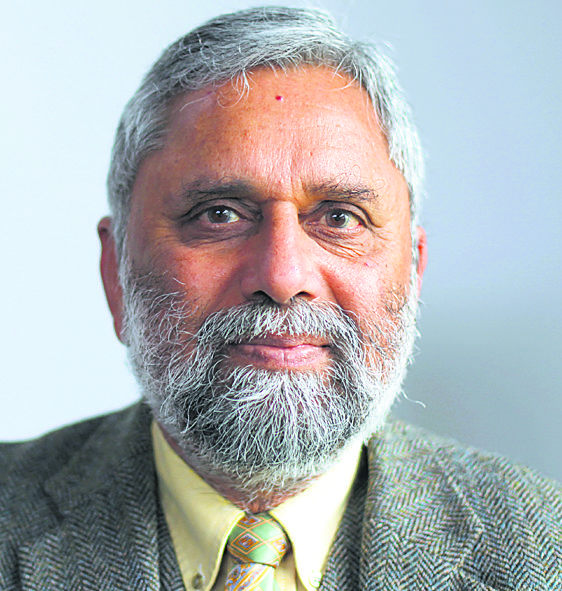 APOCALYPSE is no longer the dystopian scenario of science fiction after what happened on July 19 in the UK. It was a historic turning point in the global spread of overheating. The word ‘global heating’ is being used in the UK instead of ‘global warming’ because warming suggests slow heating while what is happening is accelerated heating. The maximum temperature in the UK last Tuesday breached the 40°C threshold. It touched 40.3°C.

The UK Met Office had issued its first “red warning” earlier in the week, fearing this heat upsurge. In the British public imagination, the temperatures in the 40s are associated with the ‘Third World’ or some parts of southern Europe. The normal social practice of greeting even strangers on a sunny day by saying ‘what a lovely sunny day’ would, perhaps, undergo a change now.

The consequences of what happened that day in the UK is a case study of the future the world will face if global heating is not reversed on an emergency basis. The country appeared to have turned into a frightening inferno. Right from London to Yorkshire, the UK witnessed wildfires sparked by tinder-dry grasslands. The parched land was so vulnerable to fires that even a carelessly thrown cigarette butt could ignite a blaze. The government spokesperson confirmed that 41 properties had been destroyed by fires in London, besides 14 in Norfolk and five in Lincolnshire.

The firefighting services were so overstretched that London Mayor Sadiq Khan said that firefighters in the capital had endured their busiest time since the Second World War. Off-duty officers had to be requisitioned. The regular training sessions had to be cancelled, thus further weakening the technical human resources’ prowess to fight future blazes. Mark Hardingham, chair of the National Fire Chiefs Council, said the blazes resembled the fires in California, Australia and southern Europe encompassing Portugal, Spain and Greece.

Train services were disrupted because the tracks in many places buckled, and overhead cables were damaged by excess heat. At least in one airport, the runway was melting, making it unsafe for planes. Hospitals reported increased admissions of dehydrated persons, some of them vulnerable due to other health conditions. Appointments for some cancer patients needing radio therapy were cancelled and the IT systems at some hospitals crashed, leading to denial of access to patient records. Primary schools in some places had to be closed early and children were advised to go home.

The National Farmers’ Union reported crops “being parched to the bone”. The excess heat led to the disruption of farmers’ crop-sowing plans, growth of rampant weeds and paucity of water for vegetable-growing. There were ugly scenes of over-ripening strawberries rotting in the fields as an adequate number of farm workers and pickers were not available due to many feeling unwell and taking a day off. Cattle also suffered from excessive heat. Livestock farmers reported that inadequate grass growth during the heatwave was creating problems for feeding sheep and cows. Cows were reported as yielding less milk. Pet animals, especially dogs, suffered too.

High levels of the heat have a cascading effect. Renewable power generation through wind decreases because high pressure on sizzling summer days generates less wind. It may sound counter-intuitive that solar plants also become less efficient in hot weather. It is estimated that depending upon the installed location of the solar panels, excessive heat over the 25°C mark, for which the photovoltaic panels are normally tested, can reduce output efficiency by 10-25 per cent.

However, it is important to emphasise that in the long run, solar panel-generated energy is relatively efficient. However, even solar energy is not the perfect solution to the challenge of global climate change because the production of solar panels requires the use of energy and, eventually, all solar panels become pollution-generating waste. Excessive heat also leads to a drop in the hydropower generation because the water reservoirs — the sources of this energy — get dried up.

The global heating which is caused by using fossil fuels (oil, coal and gas) creates a vicious circle. Two examples best illustrate this. One is the use of air conditioners (ACs) by institutions and households to cope with heat and the other is the growth of forests to absorb carbon emissions. Not all users of ACs understand that the AC is bad for the planet. Even those who understand this feel helpless. Air-conditioning accounts for about a fifth of the electricity used around the world. Much of this electricity comes from power plants that use fossil fuels, contributing to further emissions of greenhouse gases and leading to greater rise in the average global temperatures. This, in turn, creates more reliance on air-conditioning.

Forests and trees are nature’s built-in system to deal with human excessiveness in creating nature-destroying carbon emissions. I must add, however, that environmentally uninformed tree-planting campaigns can have an adverse effect on the environment. Tree plantations and forests are not the same thing. Naturally regenerated forests are rich sources of biodiversity, but some tree plantation exercises can invade species-rich grassland and wetland areas which are important for carbon dioxide storage.

Excessive heat caused by drying up forests creates the conditions for almost uncontrolled wildfires that can erupt simply by two random stones hitting each other and creating a spark. This, in turn, contributes more to global heating and the emerging apocalypse.

The UK’s case is not an isolated one as heatwaves have been reported from India, Pakistan and China, leading to droughts and floods, and famines in parts of Africa.

It is a matter of urgency that the use of fossil fuels is drastically reduced all over the world to avert total environmental and social collapse, whose deadly glimpse we have just seen in the UK.