Global N-order in a flux

Nine nations have significant arsenals & the dynamic among them is unpredictable 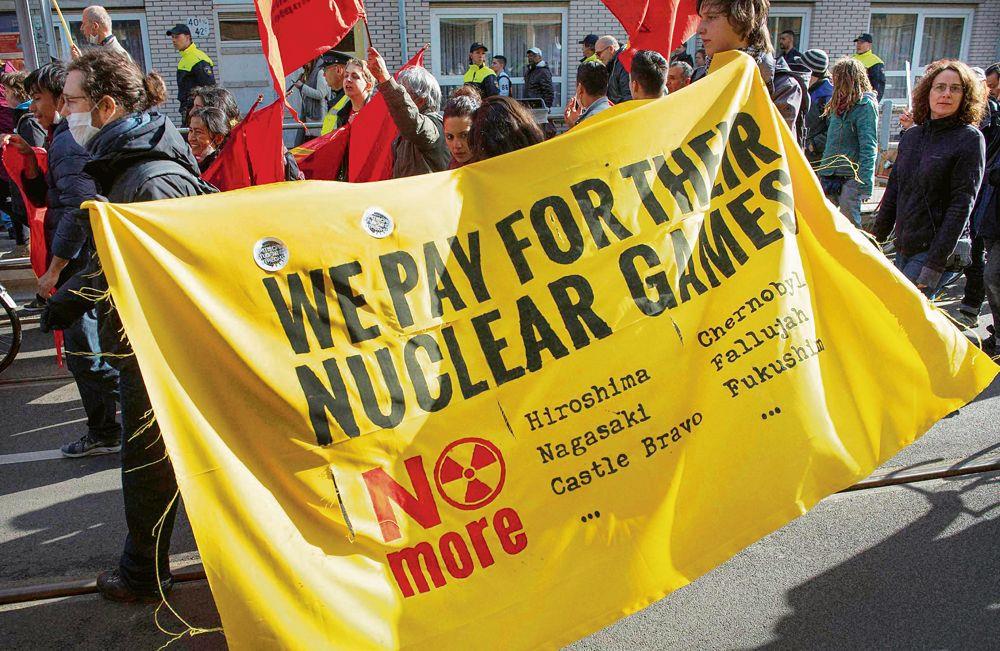 On edge: Geopolitical situation is sliding towards power confrontation and rising regional tensions.

The global nuclear order, which had been built up, step by step, since the 1960s, has begun to unravel. The building blocks of the order were both bilateral and multilateral. The bilateral components included a series of nuclear arms control agreements between the US and the then Soviet Union. Though the UK and France had independent, though modest nuclear arsenals, these were practically subsumed within the US deterrent system. China became a nuclear weapon state in 1963 with a small arsenal designed for deterrence. Nuclear doctrines thus evolved mainly in a binary East-West frame.

Multilateral agreements which followed would not have worked unless they were underpinned by US-Soviet concurrence. The first such agreement was the Partial Test Ban Treaty (PTBT) of 1963, prohibiting further testing of nuclear weapons over ground. More importantly, an agreement on the non-proliferation of nuclear weapons, the Non-Proliferation Treaty (NPT) of 1970, was based on a consensus reached between the US and the Soviet Union that it was in their interest to prevent the spread of nuclear weapons to additional states. While India signed the PTBT, it rejected the NPT because it imposed no credible commitment on the part of the nuclear weapon states to engage in nuclear disarmament within a specific time frame, while non-nuclear weapon states committed themselves not to produce or acquire such weapons. This was an unequal treaty which India was not prepared to accept. The NPT nevertheless became an anchor of the global nuclear order.

Post NPT, one witnessed a dramatic nuclear arms race between the two superpowers. The arms control agreements reached between them, such as at the Strategic Arms Limitation Talks, stipulated ceilings beyond which their arsenals would not expand. An agreement was reached in 1972 on limited anti-ballistic missile (ABM) defence. The ABM treaty had logic in terms of the doctrine of mutual assured destruction (MAD), where deterrence prevailed because each side had the power to annihilate the other, protective defence being allowed only for the capital city. It is only since the 1980s that they began to negotiate arms reductions such as the Intermediate Nuclear Forces (INF) agreement of 1988 which eliminated medium and short-range nuclear delivery systems. The Strategic Arms Reduction Talks I and II, which extended over the decades of the 1980s and the 1990s, resulted, for the first time, in significant reductions in the nuclear arsenals of both the US and the Soviet Union (later the Russian Federation). From some 40,000 weapons in the arsenals of the two countries, the numbers came down to about 10,000. When the New START agreement was concluded in 2011, the arsenals were to be reduced further in a 10-year time frame to 1,550 each. There were limitations on the number of launch vehicles too. The two sides also concluded an Open Skies Treaty in 1992, which other countries also joined to ensure transparency and compliance with arms limitations and confidence building measures. It is this carefully constructed edifice of the global nuclear order which is rapidly unravelling.

The ABM treaty in 2002 and the INF agreement in 2019 have been repudiated by the US, and Russia has followed suit. There are indications that the US will not extend the New START treaty beyond 2021 and the Open Skies agreement may be the next casualty.

A Comprehensive Test Ban Treaty (CTBT) concluded in 1995 but is not yet in force though a moratorium on nuclear testing is in place. India refused to join the consensus and eventually even the US, its main champion, failed to ratify it. The moratorium is under strain as a new generation of nuclear weapons are being developed and the reliability of existing weapons need to be confirmed. The consensus underlying the NPT is also being eroded. The 2015 NPT review conference failed to agree on an outcome document.

What is driving this unravelling of the global nuclear order?

One, the Cold War binary no longer prevails as China emerges as a significant nuclear power, with sophisticated weapons and delivery systems. The nuclear club is no longer confined to five states. There are now nine countries with significant nuclear arsenals and the dynamic among them is complex and unpredictable. There are others waiting in the wings. Nuclear doctrines which evolved during the Cold War based on the US-Soviet binary are no longer adequate. But China resists joining any trilateral negotiations while the prospects for a truly multilateral nuclear disarmament agreement remain bleak.

Two, advances in technology are adding to the complexity. The nuclear domain is getting integrated with cyber and space domains. The development of hyper-sonic glide weapons is heightening threat perceptions. Any arms control or disarmament effort will need to go beyond the nuclear category.

Three, the geopolitical situation is sliding towards great power confrontation and rising regional tensions. This is exacerbating an already frayed nuclear order.

As a nuclear weapon state, India will need to carefully assess the impact of these developments on its national security and the efficacy of its nuclear deterrent. These are uncertain times that demand both doctrinal agility and integrative approaches across domains to stay ahead of the curve.