Ground reality: In an economy where the future seems uncertain, neither businesses nor consumers are likely to borrow. 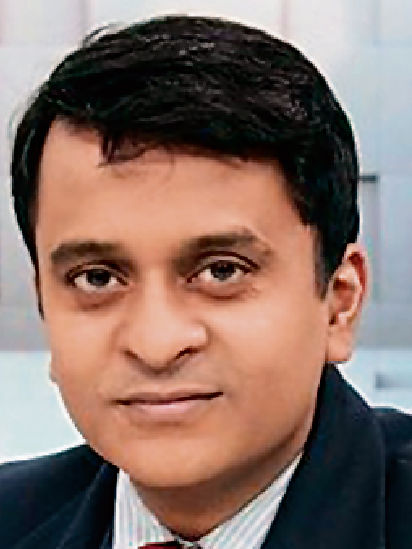 If you are not a politician, you will look at the Modi government’s economic stimulus package with dismay. What was meant to be a massive economic stimulus package has turned out to be a glorified loan mela. The PM had already hinted that the RBI and banks will do most of the heavy-lifting when he used the word ‘liquidity’ several times in his speech. What was not anticipated was how much of the announcements would be about giving more loans, instead of handing money to people and businesses.

It is true that liquidity has been a problem in some parts of the economy. One big reason for that is the government’s own move to tackle India’s huge bad-loan problem. This has scared banks, who now think twice before lending to businesses or individuals. That’s why people with dicey credit records are finding it tough to get car and housing loans. Small businesses, whose margins have shrunk due to the economic slowdown are not getting loans from banks. Real estate and power — two sectors where most of the bad loans are concentrated — are starved of credit.

So, a credit guarantee from the government will definitely go a long way in removing the fear that banks have of their loans turning bad. If a creditor defaults, the government will make good the bank’s losses. However, credit boosts economic activity only when investors and consumers feel confident that their earnings will outpace their loan repayments. In an economy where the future seems uncertain, neither businesses nor consumers are likely to borrow.

But, such things sound good on paper. Things work very differently on the ground. Most businesses in India run through a web of patronage. Government policies are tweaked to help big companies with political capital. Corporates with close ties to state governments and influential politicians get government contracts. These companies, in turn, subcontract work to smaller companies which are close to politicians who need to be kept happy. These companies get easy loans, especially from public sector banks.

Companies reduce their risk, by inflating their projected costs on paper. A project which actually costs Rs 8 crore will be shown to cost Rs 10 crore. If banks say they will only fund 80 per cent of the cost, the promoters are able to raise a loan of Rs 8 crore, in effect reducing their own equity exposure to zero. So, if the project fails, the promoters lose nothing, while the bank is left with a bad loan or a ‘non-performing asset’. Outside college economics textbooks, a majority of businesses work in this manner, and they are not really interested in direct government funds, which force them to hire people and buy inputs. Credit is the best way to make money without risking anything at all.

As of January this year, micro, small and medium enterprises (MSME) had taken a total of Rs 17.75 lakh crore in loans. Out of this, about 12.5 per cent had turned bad. Within this, medium-sized businesses had a higher NPA rate of close to 18 per cent. Big corporates held Rs 46.7 lakh crore of credit and their NPA rate was 19.7 per cent. It turns out that the bigger the business, the more likely that it will default on loans.

It is not surprising that with such high bad loan percentages, banks are wary of giving fresh credit to entrepreneurs.

In this atmosphere, an additional Rs 3 lakh crore is being provided with full government guarantee for lending to the MSME. What will the banks do? Right now, they are being forced to lend to existing customers simply to keep them viable, so that they can continue to service the loans they have taken. Banks will now lend more money to these businesses and ask them to return older outstanding loans and default on the fresh loans given to them. Banks reduce their NPAs and they lose nothing if the new loans are not repaid.

So, it is credit flow without collaterals which is the easiest way for businesses to make a quick buck. If they don’t pay back, there is nothing to lose other than their companies. As I said earlier, in most cases, the equity underlying the assets owned by companies is minimal. In many cases, much of the funds that companies borrow is siphoned off and invested in other assets, which are difficult to recover. Now, that there will be no need to provide any collateral, the risk is going to be even lower.

After all, it is India Inc which gives the money needed to win elections.