Half the fuel story

Import dependence is one part; the main issue is the pricing mechanism 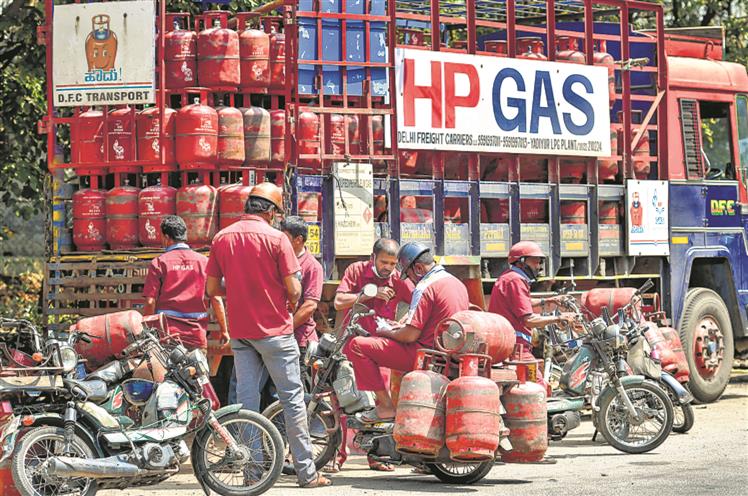 The challenge: To produce more crude, we must invest more in exploration and oil extraction. The opposite has happened as far as government oil companies go. PTI

Petrol has hit Rs 100, and PM Modi blames previous governments for it. His logic is that we pay so much for petrol, because we have to import most of its key ingredient, crude oil. So, when global oil prices go up, there’s no option but to raise fuel prices in your local petrol station. If only India had produced its own crude, oil marketing companies in India could have set their own prices.

Mainstream economists will point to the dangers of giving MSP to farmers, but will keep mum on the ‘assured’ trade parity prices given to oil refining companies.

All this seems to be true, only if you know nothing about the oil business. But first let us tackle the issue of why we don’t produce enough of our own crude oil. There are two reasons for that. One, we simply don’t have enough proven reserves. And, two, we haven’t spent enough on ‘exploring’ new oil fields.

As of 2019-20, India had crude oil reserves of about 62 crore tonnes. That year, we consumed about 25 crore tonnes. At that rate, all our reserves would have been used up in 2.5 years. At our current state of exploration of oil reserves, we can do nothing to dent our import dependence. At best, we can reduce it a bit.

That is exactly what the Modi government’s stated objective is. The aim is to cut crude oil imports by 10 per cent by 2022. When Modi first became PM in 2014, India imported 83 per cent of the crude it consumed. By 2022, that ought to go down to about 73 per cent. That is going to be impossible because, instead of going down, India’s crude oil import dependence has increased since 2014. In 2019-20, it stood at 88 per cent of our crude consumption.

This increase in imports doesn’t necessarily mean domestic production hasn’t improved. After all, fuel consumption does go up with higher economic and income growth. So, if crude oil consumption increases at a faster pace than domestic production, the share of imports will also go up. The truth, however, is that India’s crude oil consumption growth has slowed down sharply in the Modi years. Between 2013-14 and 2019-20, consumption increased at about 2.2 per cent per year. The rate of growth in the previous six years, between 2007-8 and 2013-14, was 6.7 per cent.

What about domestic production? In 2013-14, Indian companies produced 37.8 million tonnes of crude oil and condensate. That dropped to 32.2 million tonnes in 2019-20, a sharp slide of 15 per cent. Instead of contributing more to India’s crude oil consumption, domestic oil companies provided even less than what they used to, before the Modi government came to power.

However, even the best laid plans can go wrong, so it is possible that despite intense efforts crude production couldn’t match expectations. In reality, the effort itself was missing. To produce more crude, you need to invest more in exploration and oil extraction. The opposite happened as far as government oil companies go.

So, while subsidies dropped by 36 per cent, the revenues from the petroleum sector almost doubled. Is this a conducive environment for increasing domestic production? All other industries which saw rapid growth – IT and telecom, for instance – were given tax holidays and preferential infrastructure support. In the case of crude oil production, the exact opposite has happened. And the situation has only become worse under the Modi government.

But import dependence is only half of the petrol pricing story. The truth is hidden in the pricing mechanism itself. We are told, petrol and diesel prices are now unregulated and decided by market forces. That is simply untrue. The pricing of petrol has nothing to do with either its cost of production or its demand in India. It is almost entirely determined by how much it would cost to import petrol into the country, even though the petrol is being produced in India.

The price of petrol in a gulf port is taken, to which are added the cost of loading the petrol, shipping it, insurance costs, port handling costs and customs duty, to arrive at an import parity price for petrol. This accounts for 80 per cent of what refineries get for the petrol they produce. The remaining 20 per cent is determined by what they would get if they exported the petrol. Together it is called a trade parity price.

This price has nothing to do with the actual cost of producing petrol or diesel in Indian refineries. It is true that a large part of the cost of producing petrol is the cost of imported crude. But, surely other overheads, including labour, is cheaper in India? In fact, Indian refineries have some of the highest refining margins, or profits on every barrel of crude that they process. Mainstream economists will point to the dangers of giving MSP to farmers, but will keep absolutely mum on the ‘assured’ trade parity prices given to oil refining companies. They will also focus on high government taxes, which is only part of the problem.