Hard to rule out China’s comeback in Nepal

With the surprise demise of the all-pervasive NCP, India has a level playing field in Nepal. Stung by the events of 2015 — a non-inclusive Constitution and economic blockade — India has recovered ground by not interfering in Nepal’s domestic affairs. It is China which has taken over that mantle. 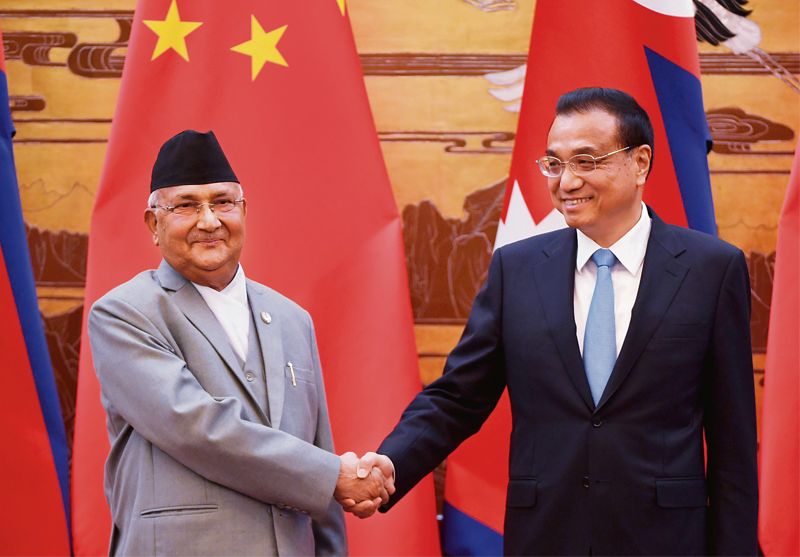 CONSTRAINT: As long as ex-PM Oli (left) is the party supremo, no unification of Nepal’s Left parties is thinkable. Reuters 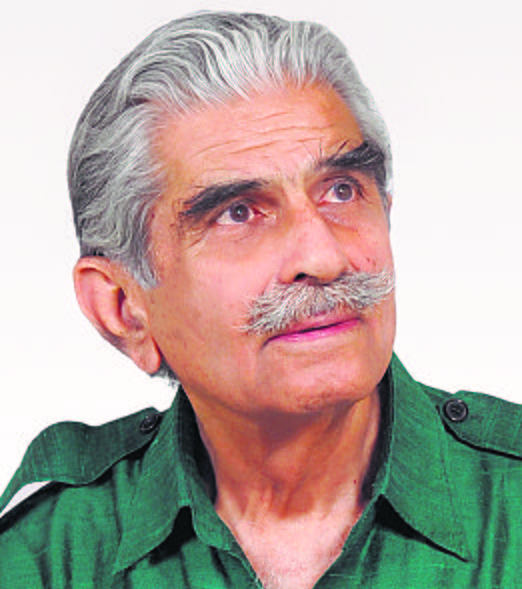 THE Nepali journalist, a friend of long standing, responded with an emphatic “no” to my query whether China will make a comeback in Nepal to its heydays of four years ago when it helped to unite all the Left parties into a communist alliance, the Nepal Communist Party, which ruled with a two-thirds majority, had governments in six of the seven provinces, and swept 80 per cent of local bodies. It was an unprecedented stability for Nepal, which had averaged a term of 10 months for prime ministers in the last two decades.

My friend elaborated, “China can never come back,” adding, “as long as KP Sharma Oli is the party chairman and supreme leader.” My British English teacher at college had warned: “Never use the word ‘never’ unless you mean never.” Oli will be elected chairman for five years next month at the fourth UML party general convention.

The Chinese had urged Oli to give up one of the two posts — chairman or prime minister — for party unity and stability. Instead, Oli invited India’s R&AW chief Samant Goel to Kathmandu to mend relations with India. That lost him his coveted title of rashtravadi (nationalist).

As long as Oli is the supremo of the party, no unification of Left parties is thinkable. What is needed is an UML minus Oli to even begin thinking of unity. The NCP is dismembered into UML-Oli, UML (Unified Socialist) Madhav Nepal and Maoist Prachanda. Recently, Prachanda extolled the virtues of unification and illustrated how the UML and Maoists helped in the passage of the 2015 Constitution. He also urged the UML (Unified Socialist) to consider unification with the Maoists.

For the Chinese, even a whisper on reunification is like Tiger Balm.

I returned to Nepal after 20 months of the Covid blockade to witness the five-party democratic alliance of the Nepali Congress, Maoists, UML (Unified Socialist), Janata Samajwadi Party and Rashtriya Jan Morcha, led by Prime Minister Sher Bahadur Deuba, who was appointed by the Supreme Court, presiding over a stable alliance.

The 2015 Constitution has no provision for dissolving the House, which is further insulated with a bar on any no-confidence motion for two years. Still, there are governance and foreign policy issues, like the crisis in the judiciary over the impeachment of Chief Justice Cholendra Bahadur Rana who brought the ruling dispensation into office and the controversial US-sponsored Millennium Challenge Corporation (MCC) worth $500 million.

Covid appears to be under control despite the back-to-back celebrations of Dasehra, Diwali and Tihar. Fresh cases are in three digits and deaths declined to an average of one a day.

The MCC grant is stuck since 2018 over conflicting political ideology. The Left parties feel it threatens Nepal’s independence and sovereignty. The Maoists want certain clauses of the agreement amended. The NC is cool about it and Deuba is hopeful about its success.

Concern over Chinese sensitivities on the MCC is seen in the context of it being an instrument of the Indo-Pacific strategy to counter the BRI. American emissaries, including Assistant Secretary of State Donald Lu who was in Kathmandu last week, have expressed anxiety over its delay. The $500-million grant is for connectivity projects, including transmission lines, but as in Sri Lanka, the MCC is mired in politics and fear of Chinese retaliation.

Bamdev Gautam, Left’s eternal optimist, who has quit the UML, said that the MCC will never pass in Parliament.

With the surprise demise of the all-pervasive NCP, India has a level playing field in Nepal. Stung by the unfortunate events of 2015 — a non-inclusive Constitution and economic blockade which Madhesis consider as their third ‘andolan’ — India has recovered ground by not interfering in Nepal’s domestic affairs.

It is China which has taken over that mantle. Its Ambassador Hou Yanqi’s overreach in Nepal’s internal affairs has helped in converting the anti-India sentiment into anti-China feeling for the first time. Chinese encroachment in the Humla region last year added to the anti-Beijing ire.

From 18 hours of load-shedding till 2018, Nepal has now declared itself energy surplus (though many areas in the far west have no electricity because there are no transmission lines in those inaccessible areas). And, India will be the first buyer of power.

Power exchange markets have opened and are active. Nepal’s peak demand is 1,500 MW while it is producing 2,000 MW. As many as 23 high-capacity transmission lines of 400 KV are to be constructed and at least one funded by the MCC to the southern border town of Butawal. Energy Minister Barsaman Pun says that Nepal will produce 15,000 MW by 2032, of which 50 per cent will be for export.

Nepal has wasted its liquid gold due to mixing water with politics for very long.

Nepal’s first Brahmin army chief in 200 years, Gen Prabhu Ram Sharma, visited India to be made an Honorary General in the Indian Army, a reciprocal tradition of the military connect between the two countries. The Bilateral Group on Security Cooperation, started in 2002 during the Maoist civil war, held its latest bi-annual meeting in Bengaluru last month.

India completed the construction of 50,000 new homes in the Gorkha region to replace those destroyed in the 2015 earthquake in which India was the distinguished first responder. Nepal’s ex-servicemen, whom I met in Pokhara, have expressed grave concern that some Indian Gorkha regiments have begun recruiting Garhwalis and Kumaonis to fill the shortfall of Gorkhas of Indian domicile. Even so, no Indian politician or bureaucrat need doubt the loyalty of Nepalese recruits or ex-servicemen to India. As one Indian officer posted in Pokhara told me, “It’s like asking ‘whom do you love more?’ India and Nepal are like father and mother.”

As a threat-sensitised soldier, I will take my Nepali journalist friend’s prediction of China never coming back to Nepal with a pinch of salt. Hou Yanqi not long ago danced into the hearts of thousands of Nepalis, singing their favourite song ‘resham firiri’ and keeping Left unity. She can do it again.