Harder times for Tibet as China ups the ante : The Tribune India

Harder times for Tibet as China ups the ante

With monks and nuns regarded as ‘troublemakers’ by the CCP cadres, there was particular focus on religion at the Seventh Tibet Work Forum held in Beijing recently. ‘Re-education’ and ‘patriotism’ campaigns targeting them have been underway in Tibet for a few years now. 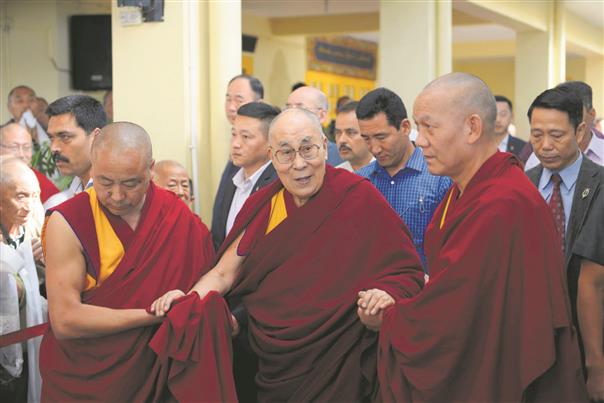 ON THE ANVIL: A dilution of the Dalai Lama’s influence on Tibetan Buddhism. 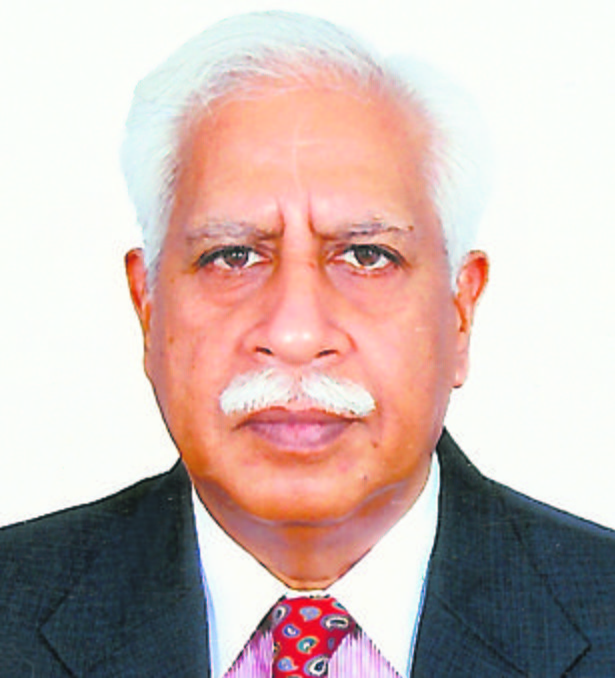 The Tibet Autonomous Region (TAR) has witnessed considerable high-level activity this year, culminating in the Seventh Tibet Work Forum held in Beijing on August 28-29, 2020. This forum heralds a new and tougher period for Tibetans, with emphasis on ‘patriotic education’, adapting Tibetan Buddhism to ‘socialism with Chinese characteristics’ and countering ‘separatism’ and the ‘Dalai clique’.

The Chinese Communist Party’s (CCP) penetration into each village and hamlet in the TAR will be accelerated. The effort to strengthen national unity will see primacy being given to Mandarin over Tibetan in schools. This has already commenced in Tibetan areas surrounding the TAR, sparking resentment among the local populace.

Convened after a five-year interval, almost 300 senior CCP cadres, including the entire Politburo Standing Committee attended the forum. The Tibet Work Forums are important as they decide the long-term security and economic strategy for the TAR and Tibetan areas inside China.

Interestingly, the China-appointed XIth Panchen Lama, Gyaltsen Norbu, did not attend the forum and was away in TAR’s Medog county from August 29 to 31. China’s official TV and print media published few pictures of the forum. The state-owned CCTV’s telecast showed no Tibetan Buddhist religious personages present at the forum.

As was anticipated, CCP General Secretary and Chinese President Xi Jinping’s speech, which outlined Beijing’s plans for Tibet, was hailed as ‘important’. Chinese Premier Li Keqiang described it as “a guiding document on Tibet-related work in a new era.”

In his speech outlining Beijing’s plans for Tibet, Xi Jinping gave priority to safeguarding national unity and strengthening ethnic solidarity. He called for an enhanced focus on educating and guiding the public to mobilise them in combating separatist activities and forge an ‘ironclad shield’ to safeguard stability. Xi Jinping stressed that ‘patriotism’ should be incorporated in all schools and at all levels of education. This, he emphasised, must call for “continuous efforts to enhance recognition of the great motherland, the Chinese nation, the Chinese culture, the CCP and socialism with Chinese characteristics by people of all ethnic groups.”

With monks and nuns regarded as ‘troublemakers’ by the CCP cadres, there was particular focus on religion. ‘Re-education’ and ‘patriotism’ campaigns targeting them have been underway in Tibet for a few years now. Pointing to the need to rapidly dilute the Dalai Lama’s continuing influence on Tibetan Buddhism and religious personages, Xi Jinping stressed, “Tibetan Buddhism should be guided in adapting to the socialist society and should be developed in the Chinese context.”

Xi Jinping explained the party’s strategy for “governing Tibet in the new era” with 10 ‘musts’: (i) Must uphold the leadership of the Communist Party of China, the socialist system with Chinese characteristics, and the system of regional ethnic autonomy; (ii) Must adhere to the strategic thinking of governing the country and governing the border, and stabilising Tibet first; (iii) Maintaining unification of the motherland and strengthening national unity must be the focus and focus of Tibet’s work; (iv) Must adhere to the important principles of governing Tibet according to law, enriching the people and rejuvenating Tibet, building Tibet for a long time, uniting people’s hearts, and laying a solid foundation; (v) The overall domestic and international situation must be coordinated; (vi) Improving people’s livelihood and uniting people’s hearts must be taken as the starting point and goal of economic and social development; (vii) Must promote the exchanges and integration of all ethnic groups; (viii) Must adhere to the direction of the sinicisation of religion in China and manage religious affairs in accordance with the law; (ix) Must insist on ecological protection first; and (x) Must strengthen party building, especially political building.

Within days of the conclusion of the Tibet Work Forum, CPPCC Chairman and Politburo Standing Committee member Wang Yang travelled to the Qinghai province while China’s Minister of Public Security Zhao Kezhi visited Gansu and Qinghai. Zhao Kezhi stressed that “It is necessary to fully understand the severity and complexity of the struggle against separatism,” make preparations “to deal with acute and complex struggles, and resolutely guard against and resolve major risks and challenges.” He directed security cadres to pay close attention to fighting against separatism and maintaining stability, strengthen intelligence analysis, strengthen the management of religious affairs and “grasp the initiative in the fight against separatism.” The message was bluntly reinforced in a People’s Daily article on September 28 by Zhang Yijiong, Executive Vice Minister of the Party’s United Front Work Department, which frames policy and regulations for China's non-CCP entities and ethnic minorities.

Similarly, TAR Party Secretary Wu Yingjie convened a meeting in Lhasa to disseminate the ‘spirit’ of Xi Jinping’s speech. Senior TAR cadres fanned out across TAR and held similar meetings in cities and prefectures. Important, however, was the distinction made between the Dalai Lama and the ‘Dalai clique’ by Danke, head of Tibet’s United Front Work Department, while briefing cadres. It suggests that Beijing wants to keep channels of communication with the Dalai Lama open.

A crackdown against ‘splittism’ accompanied these meetings. At least one 50-member team of public security personnel visited over 48 locations in TAR’s Ngari (Ali) Prefecture between September 7 and 10. Separately, nine Tibetans were convicted of inciting ‘splittism’ this year by the Ganzi Tibetan Autonomous Prefecture Intermediate People’s Court in the Sichuan province.

It is apparent that ‘patriotic education’ and loyalty to the party will be intensified in Tibet, together with increased party surveillance. Religion and religious personages will particularly be more strictly regulated and greater efforts will be made to safeguard Tibet’s frontiers.