Harmonium emerged like an invisible stitch between the low and the high cultures and quietly moved into the sacred space of the classical without any professed outrage on behalf of the performer. It entered the temples, gurdwaras and khanqahs (gathering place of Sufis) like a self-effacing participant 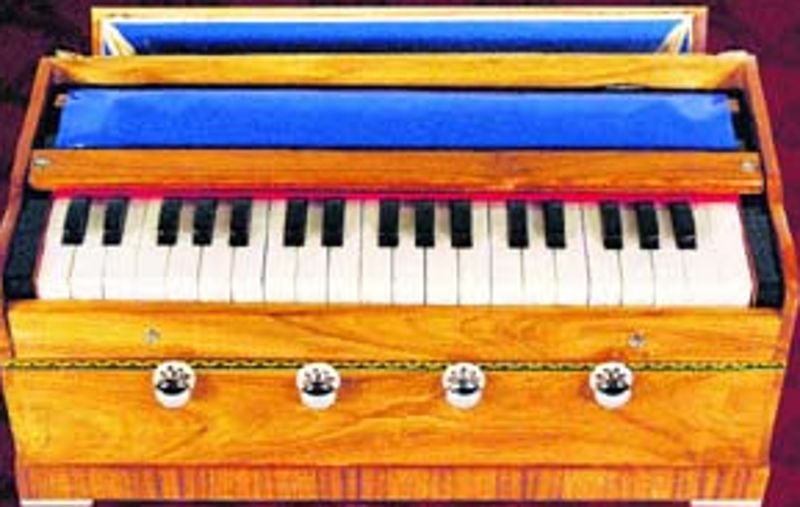 HARMONIUM unfolds like a paradox. It is a box with another two boxes nesting inside. It has knobs that mostly remain obedient. - File photo 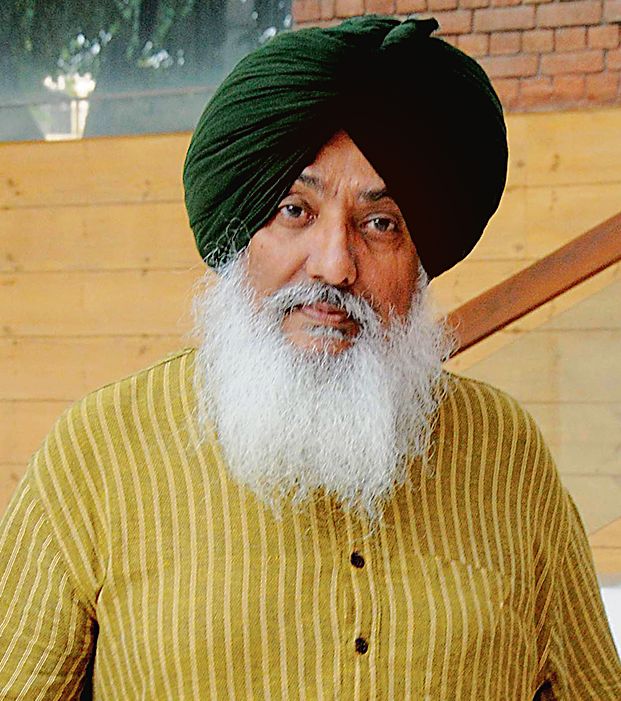 HARMONIUM unfolds like a paradox. It is a box with another two boxes nesting inside. It has knobs that mostly remain obedient. It has a reed or two that people forget to get serviced for unusually long periods of useful neglect. It has keys that seem to entice with the put-on aura of gravity that is attached to a piano. It can, at times, simulate the playfulness of an accordion. It remains unnoticed for most part, though. It travels silently as its supportive sounds exist in deferred appreciation. It is a bit like a shadow without the body. It is a cultural remnant of an unfinished colony where the original home is lost and disowned in history by both the coloniser and colonised. It cannot go back to Europe. It has learnt to live with its own relative non-presence, its homelessness, and its unending anonymity.

The times are such that I willy-nilly return to the harmonium. In fact, given my own inadequacy as a singer, I never left it and, to its credit, it never failed me. But more of that a little later…

I am reminded of a song from ‘Street Singer’ (1937) in which KL Saigal walks down a lane singing, “Babul Mora Naihar Chhooto Hi Jaaye (O father, my home is slipping out of my hold)” with a harmonium slung round his neck. I have often wondered why he holds it clumsily like a child in his clasp. It makes me wonder if the child could, in fact, be sick or, perhaps, dying. For, I do not hear the harmonium’s sound in the song. It is most probably there but I do not hear it. The sequence is symptomatic of a larger condition that has befallen our music in various forms of transit. The harmonium tags along a devalued street singer standing out as a bit of a superfluity — its contribution not exceeding its presence as a mere prop. It hangs here like an outsider — an albatross, the reward of a sin not yet committed.

I am reminded of yet another film titled ‘Harmonium’ (1976, Bangla) by Tapan Sinha in which a harmonium keeps travelling on the margins — always in transit, always in exchange. It exists discarded and disowned like a bad omen. Ritwik Ghatak’s iconic Bengali movie, ‘Meghe Dhaka Tara’ (Cloud Capped Star, 1960), likewise, goes through the protagonists’ night of despair with a Tagore song in which the harmonium lurks in the background almost as a drone but remains unseen and unfelt, like the water beneath the surface.

I am also reminded of Koji Fukada’s ‘Harmonium’ (2016, Japanese) where it is the only solace of the condemned — the one who opts out and disappears. I wonder if I heard a muted strain of the harmonium in Rafiq Ghaznavi’s cri de coeur (passionate appeal) accompanying the pauperised protagonist walking back home from Bombay to Lahore in ‘Khazanchi’ (The Treasurer, 1942, Lahore).

The muted strain continues with Asa Singh Mastana’s ‘Heer’ in ‘Dooj Ka Chand’ (The Next-Day Moon, 1964). Despite it being a film about the world of the qawwals, even ‘Barsaat ki Raat (The Night It Rained, 1960) denies harmonium the autonomy it has come to occupy in this musical genre. The only exception one can think of is AR Rahman’s ‘Kehna Hi Kya’(What to say) in ‘Bombay’ (1995) where the harmonium comes surging up as an autonomous instrument in between the song, assuming the status of a distinct, ecstatic emotion.

My own initiation as a listener to classical music began with the nightlong ‘kirtan darbars’ at the local gurdwara. I do not recall a single rendition at these congregations which was not accompanied by, at the very least, a couple of non-intrusive harmoniums like foot soldiers placed in front. And I do not recall any string instruments barring a very rare ‘tanpura’ or a ‘swarmandal’. The list of raagis reads like a virtual scroll of honour. There were legends like Bhai Santa Singh, Bhai Surjan Singh, Bhai Sumand Singh, Bhai Avtar Singh and Gurcharan Singh, Bhai Dilbagh Singh and Gulbagh Singh. The harmoniums installed in front were hardly ever foregrounded.

The space of the iconic Hindustani classical vocalists such as Ustad Amir Khan, Begum Akhtar, Siddheshwari Devi, Gangubai Hangal, Pandit Bhimsen Joshi, Pandit Kumar Gandharva, Mallikarjun Mansur, Kishori Amonkar, Girija Devi and Parveen Sultana was a bit different with harmoniums now removed from the foreground even as the tanpuras shot up in the background, like the twin towers of melodic drones. A few of these maestros kept a ‘swarmandal’ in their laps which they occasionally caressed with parental caring. Harmonium, though, was rarely ever removed from the performance arena. There must have been something about the instrument for it to so doggedly retain its space.

Harmonium had moved far away from its mid-19th century reincarnation as a miniaturised church organ (or ‘reed organ’ as it was known for a very brief while in Europe). It was initially an instrument meant to be used in a project to proselytise. But before long, it was appropriated by the seductive spaces of the profane — saang or swang, lavani, tamasha, jatra and sundry spaces of popular culture.

Harmonium emerged like an invisible stitch before long between the low and the high cultures and quietly moved into the sacred space of the classical without any professed outrage on behalf of the performer. It entered the temples, gurdwaras and khanqahs (gathering place of Sufis) like a self-effacing participant. Only in the qawwali format, will it rise as a melodic prologue, a tarana of sorts, to usher in the following structures. Even so, in Independent India, the State kept it in exile for nearly 17 years under the normative gaze of its longest serving I & B Minister BV Keskar — a highbrow Brahmin from Pune with a PhD from Sorbonne, University of Paris, and impeccable training in ‘dhrupad gayaki’. The dry spell finally ended in 1967 with the advent of Vividh Bharati.

In those days of harmonium-less existence, I recall my father carefully taking out a small harmonium from a wooden case, dusting it before inviting us children to gather around. It was a wedding gift to him from his in-laws. His eyes shining in wistful nostalgia, he would slowly raise his voice to a KL Saigal song from ‘Dushman’ (1939) — ‘Karun Kya Aas Niraas Bhai’ (What do I do, now that all my hopes have turned into despair). This was the first song I ever learnt. It never left me, nor did the harmonium.

— The Delhi-based writer is a well-known musician. He wrote this article in response to the Akal Takht Jathedar demanding the removal of harmonium from Gurbani kirtan