The sterling performance of the Army aviators and doctors has created undefined confidence among all ranks. The doctors have routinely pushed the envelope. The medical staff often goes beyond its brief in giving treatment and carrying out exceptional surgeries under field conditions that have resulted in saving lives. Their timely assistance has benefited even the civilian population in border areas. 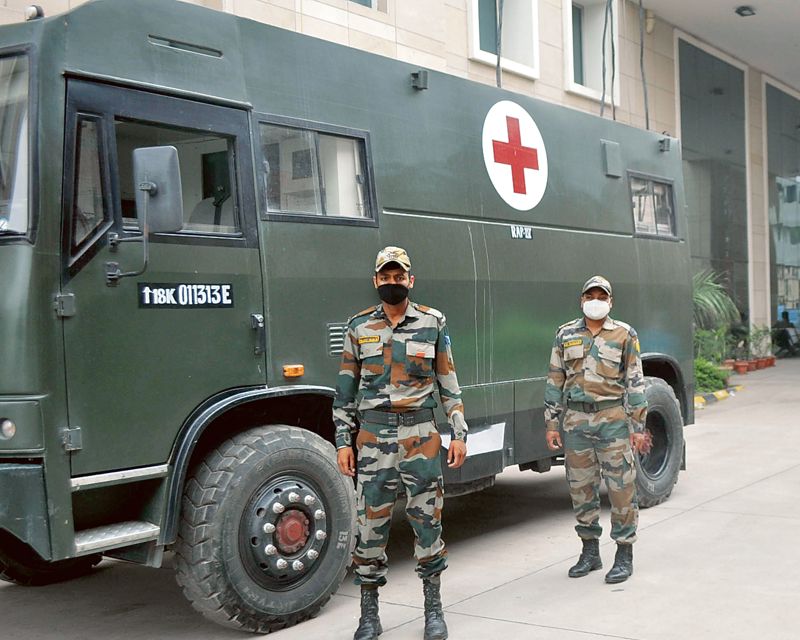 Yeoman service: The Army has excelled in providing medical services to its own personnel and the civilians. File photo 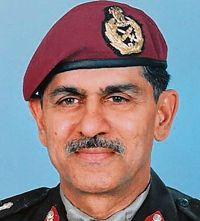 We often read about the brave deeds of the officers and jawans of our Army, whether they are fighting terrorists or maintaining a vigil and defending our borders. There are, however, those whose contributions remain unsung. Let us remember them today as we celebrate Army Day.

Consider a typical skirmish at the Line of Control (LoC) in the Kashmir valley to foil an infiltration attempt, quite often abetted by the Pakistan army. The terrorists are eliminated in the fire-fight, but one of our braves is grievously injured. His buddy pulls out his field dressing and bandages the wound to stop the blood flow. The unit’s Regimental Medical Officer (RMO) is alerted. He is aware that his timely action would make the difference between losing a life or a limb. So, he rushes forth along with his nursing assistants, unconcerned about his own safety.

Two more messages are flashed out —one to the advanced dressing station (ADS) and the other to the Army Aviation. As the injured is evacuated, the medical staff does a quick assessment of the seriousness of his injury. Will they be able to save his life or limb? How long before he goes into an irreversible shock due to loss of blood? They decide that an air evacuation to the Base Hospital is his best chance.

The Army Aviation unit, in the meanwhile, has already acted. A helicopter is readied for evacuation, complete with necessary medical equipment on board while the ground crew get it ready to fly. The aviators are already strapped into their seats and waiting. In a matter of minutes, the ‘cyclic is up and the stick goes forward’ and they are airborne; they know that they will receive the necessary briefing en route. Meanwhile, the injured jawan’s face lights up when he is assured that a ‘chopper’ is already on its way to take him to the Base Hospital.

Over the years, the sterling performance of the Army aviators and doctors has created certain undefined confidence among all ranks. The aviators have demonstrated exceptional skill and dedication in rescue and casualty evacuation (Casevac) operations. They have landed where only eagles would dare — cliffs, mountain slopes or hurriedly prepared ‘postage stamp-sized’ helipads, in foul weather, even putting their lives on the line.

The doctors, on their part, have routinely pushed the envelope of their performances. The medical staff often goes beyond its brief and its specific duties in giving treatment and carrying out exceptional surgeries under field conditions that have resulted in saving lives. Their timely assistance has benefited even the civilian population in the border areas. Army doctors, including veterinary doctors, regularly visit villages close to the LoC on ‘medical patrols’, treating people and livestock. The Base Hospital at Srinagar has a success rate of over 96 per cent in routine as well as life-saving surgeries, a truly enviable record.

Once during a heavy blizzard, road and landline communication had completely broken down in Badoab — a remote hamlet in the Gurez sector. A clutch of villagers approached the nearest Army post seeking medical assistance for a woman in labour. The RMO was away visiting the brigade headquarters and a nursing assistant (NA) was the only one present. The RMO could only be contacted over a radio communication link. The NA decided that he had to do something to save the lives of the woman and the unborn child. He got in touch with the RMO who asked the NA to follow his instructions step-by-step on the radio link; the NA did so and delivered the baby. It is rumoured that the mother named the baby after the NA, a South Indian lad.

At another time, a helicopter Casevac at a post in the Gulmarg sector unexpectedly turned difficult when it ran into a snowstorm which not only reduced visibility drastically but also completely obliterated the small helipad. Ordinarily, the mission should have been aborted but the aviators decided to challenge their skill for the sake of the casualty. As they approached what they estimated to be the helipad, they could barely discern some ghost-like figures — the men carrying the casualty. Literally, on a wing and a prayer, they kept lowering the chopper till it sat on a pile of snow. Soon, they were off again with the casualty safely on board. For the aviators, the flirting with danger soon seemed worth the risk when, after informing the injured man that he was being taken to the Base Hospital, he was heard saying, “I knew, sahab, that you will come, no matter what and the Base Hospital will make sure that I will survive.”

So, the next time you read about another heroic incident involving the Army, do think of the silent, unsung angels of mercy — the Army aviators and medical staff.