Over 300 dams are being built across the Himalaya, including in China. They pose a challenge to the future of the mountains. Hydro-projects mean that rivers are cleaned of their nutrients, critical for fish, dolphins and farmlands, and which are carried largely in soil and sediments in the water; otherwise, soil and stones would damage power-generating turbines. China has announced a mega project on Tsangpo-Brahmaputra, the lifeline of Assam and Bangladesh. 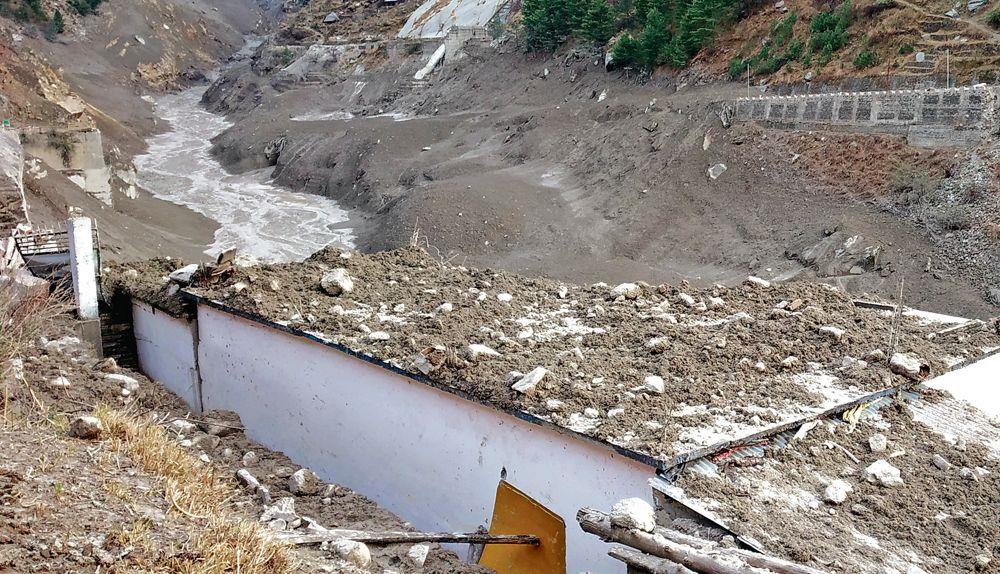 No lessons learnt: The recent Chamoli tragedy again underlines the need to strike a balance between growth and ecological sustainability. PTI 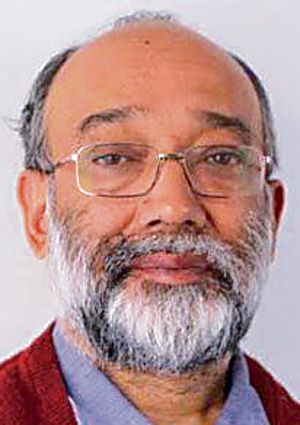 The Himalaya and the Tibetan Plateau are under siege across Asia as never before, from governments and humans, from one end of the great mountain range to the other. Time and again, the mountain system thunders out its response, but governments either are hard of hearing or determined not to heed or understand its message.

There are many examples of these lessons, from the Garhwal Himalaya, and moving eastward, in an arc, across Nepal, Bhutan and even in Tibet. From the west to the east, the stories are similar and have everything to do with the extractive nature of humans, involving bureaucratic, political and business lobbies. And there is a deep-rooted resistance to learn — even at the cost of massive loss of human life and damage to environment as well as to existing and proposed infrastructure.

On February 7, a disastrous glacier event in the Himalaya sent a roaring, massive wall of rock, water and mud hurtling down the narrow valleys of Rishiganga district of Uttarakhand. The tectonic power of that water surge tore apart two hydropower projects, as if they were little more than flimsy cardboard boxes. The final death toll has not yet been announced, though 72 were reported killed and over 100 missing. And, unsurprisingly, at a time of high-decibel elections, this news has vanished from TV studios and the news media.

The Ganga is often referred to as Ganga Maiya (Mother Ganges); the Ministry of Water Resources coined the slogan Aviral se nirmal Ganga (continuous Ganga is clean Ganga). Yet the Ganga is being devastated by these projects.

It has been seen, whether in Sikkim or Uttarakhand, how road construction and dam projects hurl debris into rivers, choking their free flow and disrupting their nourishing capacity. Last September, during a visit beyond Rishikesh, where dust hangs in the air, the boom of dynamite and the shudder of falling rock were common. One saw debris pushed by excavators and bulldozers down slopes into the Ganga. They were clearing roads which had been damaged by rubble falling from fragile hillsides and caused by this very construction activity.

There is a strategic aspect to the ambitious Char Dham project; the criticality of good roads to enable security forces to move to and fro from the border with China, especially in the light of the recent confrontation. Yet, moving in haste can create more problems as the recent Chamoli tragedy has underlined.

The Himalaya and the Tibetan Plateau are regarded as the Third Pole. After the better-known poles, these are the custodians of the greatest volumes of frozen freshwater on earth. These are at risk due to massive construction, infrastructure boom and climate change.

The Himalaya is a vast, delicate and interconnected web of environmental, geographic and social systems. The mountains are still growing as the Asian and Indian land masses grind against each other. The Tibetan Plateau and the Himalaya, though different, are umbilically connected to each other.

It is no one’s argument that development is not needed. It is. But it needs to be understood that at a time of growing climate change, it can’t be business as usual. That the latest disaster comes eight years after the cataclysmic flood in 2013 which killed some 6,000 people shows that lessons have still not been learned.

In 2014, a Central government committee report recommended that the Centre scrap at least 23 hydropower projects in Uttarakhand, especially in the highly vulnerable zones. It concluded that hydropower projects played a significant role in the 2013 floods and that there was an urgent need to improve the environmental governance of these projects.

For this to happen, there needs to be a strong element of public consultation which has eroded over time. Before 2020, the Central government needed to conduct what was called an Environmental (and Social) Impact Assessment (ESIA). There was an added social dimension of dialogue with various stakeholder groups.

Yet, this critical element of public inclusion is no longer there and undercuts the role of local communities who are custodians of knowledge and hold enormous experience, including a nuanced understanding of climate change. Their views matter for they are the real caretakers of the region. And they demonstrated this nearly 50 years ago with the famous Chipko movement led by women who stopped the cutting of their forests. It is about sustainability and carrying capacity by, as the environmentalist Sunita Narain says, “Keeping the river first and our needs next. Otherwise, the river will continue to teach us bitter lessons; it will be the revenge and rage of nature.”

That is why it is important to ensure a minimum environmental flow (e-flow) that will enable the river to replenish itself and be self-sustaining. E-flow is the minimum volume of water that a river needs to ensure that aquatic species such as fish and dolphins can be sustained as well as the farms and communities which depend on it for irrigation, agriculture and fishing.

In October 2018, the Centre enacted a law on e-flow which mandated the release of 20-30 per cent water from all major hydropower projects into the Ganga between Devprayag and Hardwar at different times. Experts say these levels are inadequate and an official review of different projects showed that most projects were not even meeting this minimum requirement.

This underlines the well-accepted need to strike a balance between ‘growth’ and ecological sustainability. Over 300 dams are being built across the Himalaya, including in China. They pose a challenge to the future of these mountains which, according to Hindu belief, is the abode of Shiva.

Hydroprojects mean that rivers are cleaned of their nutrients, critical for fish, dolphins and farmlands, and which are carried largely in soil and sediment in the water; otherwise, soil and stones would damage the power-generating turbines.

On the Chinese side, the government there has announced a mega project on the Tsangpo-Brahmaputra, the lifeline of Assam and Bangladesh. This is to be located in the deep, daunting and mystical Namcha Barwa Gorge, a huge area of biodiversity.

The Chinese dismissal of environmental and downstream concerns should bring India and Bangladesh on a common platform. For, China’s hand will control the quality (not just the quantity) of water that will flow downstream. Indeed, as security analyst Brahma Chellaney has predicted, water, access to it and its control represent the next frontier of potential confrontation.

In all this across the Himalaya, the greatest casualty is the river — and rivers have no voice, except when they strike back.