Any destruction of our environment in the name of development will only be at the expense of our ecology and human welfare. We should adopt development models that put people’s health and well-being before economic progress and profit. Lahaul-Spiti is blessed with abundant sun and wind energy sources spread across an area of 11,000 sq km. As a global leader in solar energy, India should make maximum use of these renewable energy sources. 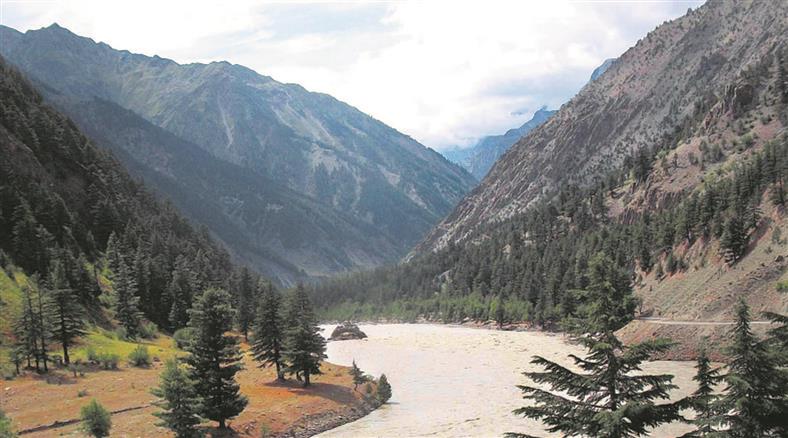 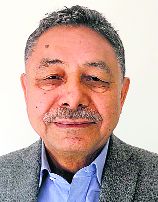 In October last year, the Lahaul valley of Himachal Pradesh was thrown open to the rest of India. The Prime Minister inaugurated the Atal Tunnel at Rohtang, thereby opening the valley which until then had remained cut off from the outside world for nearly six months every year. It was a game-changer and a moment of celebration for the local population. The joie de vivre was, however, short-lived. The residents are now concerned about their survival.

The disquiet originates from the recent approval for the construction of many hydropower projects in the valley. There are fears that the fate of Lahaul will be similar to that of Uttarakhand and Kinnaur district of Himachal Pradesh, given the similar terrain, fragile strata and ecology.

These fears are not entirely unfounded as the tragedies due to disasters are increasingly occurring in the Himalayan states, claiming lives and causing hardships. The warning bells are ringing loud and clear in the Lahaul valley and the future looks uncertain and ominous.

Who can forget the Kedarnath floods of 2013 that reportedly killed at least 5,000 people? In the aftermath of the Kedarnath disaster, the Supreme Court halted the development of hydroelectric projects in Uttarakhand, pending a review by the Ministry of Environment. The Chopra Committee set up by the ministry later concluded that 23 of the 24 projects proposed would have an ‘irreversible impact’ on the ecology of the region. Similar events, albeit with variable impacts, have been a regular occurrence in Uttarakhand, including Chamoli district, where a massive ice and rock avalanche killed over 70 people in February this year.

On August 11, a landslide occurred at Nugalsari in Kinnaur district of Himachal Pradesh, killing at least 28 people, all buried under the debris, including passengers travelling in a state transport bus and a couple of cars. A similar accident in Batseri, also in Kinnaur, happened when big boulders fell on a tourist bus killing nine people, including eight tourists.

Such events are both unprecedented and highly dangerous. A fallout of human activity, they are taking place without any warning, and in greater frequency. Tragically, these events not only kill people indiscriminately but also bring untold misery and economic disaster for the simple and hardworking people living in peace and harmony with nature.

Why are these happening so regularly and what are the root causes? Can these be warning signals for the Lahaul valley? The major reasons include the construction of hydroelectric power projects and unscientific road expansion. According to the Geological Survey of India, indiscriminate blasting of mountains to build infrastructure and highways has, by destabilising the earth’s soft strata, rendered the fragile areas more susceptible to landslides and floods.

The construction of these projects in the Lahaul valley has become lucrative to the private sector as transporting of heavy machinery has now become easier thanks to the opening of the Atal Tunnel. There is widespread concern among people in the valley that these hydropower projects if implemented will adversely disturb the fragile and pristine ecosystem with grave consequences for the local population.

Clearly, these are man-made tragedies and have similarities in their root causes. Experts identify them as insufficient risk management when commissioning the developmental projects and undervaluation of environmental costs in decision-making, as well as climate change.

Considering the gravity of the situation, the Himachal High Court had appointed the one-man Shukla Committee over a decade ago to study the issue at the ground level. The committee, in its report, recommended an immediate moratorium on the construction of new hydroelectric projects in Himachal Pradesh, in particular Lahaul-Spiti. Despite this, there has not been any follow up on the Commission’s recommendations and the hydropower projects continue to be approved and commissioned.

What is the way forward? The first step is to realise that these hydropower projects are a threat to ecology and humans. Therefore, disasters and tragedies, including in places such as the newly opened Lahaul-Spiti district, having a similar topography and vulnerabilities, must be prevented at all costs.

While renewable energy remains a high priority for India, as articulated by the Prime Minister recently, sources such as solar, wind and hydrogen should be exploited rather than hydroelectric power. The governments must ensure that the people are placed ahead of profit.

Moreover, Lahaul-Spiti is blessed with abundant sun and wind energy sources spread across an area of 11,000 sq km. As a global leader in solar energy, India should make maximum use of these enormous renewable energy sources. It’s high time the state government too recognises this potential and revisits its over-dependence on hydropower projects which, evidence clearly shows, are detrimental to human lives in the hilly terrains. In view of all this, various hydroelectric power projects should be halted immediately.

Secondly, the construction of roads and highways should be designed and carried out using modern technology that is eco-friendly and not based on blasting, which destabilises the earth’s strata in the Himalayas.

Thirdly, applied research is needed to assess the risks and the population’s vulnerability to development projects; monitor ecological changes going forward; and identify appropriate local and policy-based mitigation measures, The role of social institutions and communities is critical in this regard.

Finally, in the interconnected and interdependent world that we live in today, the quality of our lives and our survival depend entirely on water, air, food etc. Any destruction of our environment in the name of development will only be at the expense of our ecology and human welfare. We should adopt development models that put people’s health and well-being before economic progress and profit.