Hopes for a new world order : The Tribune India

Hopes for a new world order 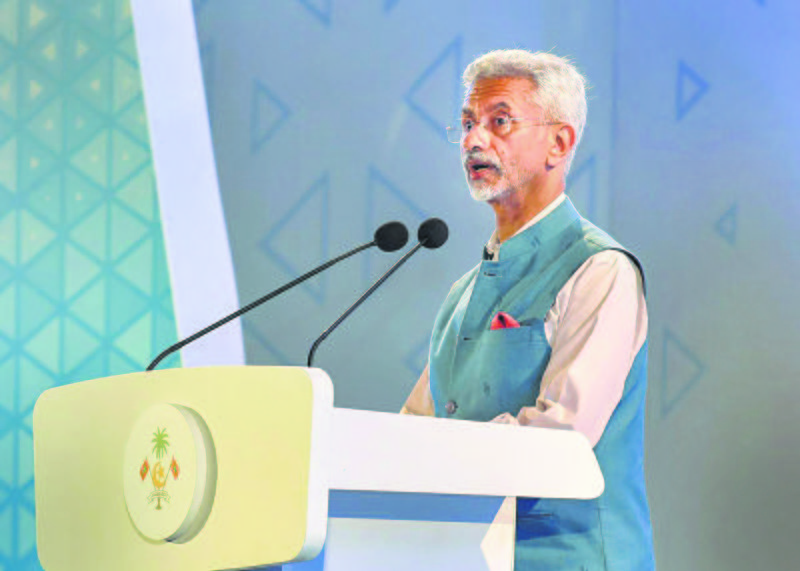 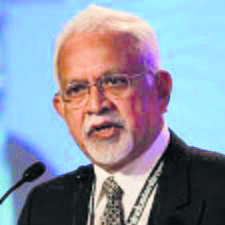 TAKEN together, the speeches made by Prime Minister Narendra Modi and External Affairs Minister S. Jaishankar at the Voice of Global South Summit in New Delhi on January 13 herald a new thinking in foreign policy. India is deftly adjusting itself to the decline of the West and greeting the emerging multipolarity and multilateralism. In the historic transition underway in the world order, India views the Global South as its ‘natural constituency.’

The speeches by the PM and the EAM have signalled that India intends to push back western attempts to hijack the G20 summit scheduled to take place in Delhi in September.

The thought processes reflected in the speeches by Modi and Jaishankar are bold and progressive. The main themes can be summarised as follows: India’s disquiet over the increasing geopolitical fragmentation of the international landscape and the iniquities of the UN system where ‘some powers have been singularly focused on their own advantage’; the urgent need for fundamental reform of major international organisations, especially the Bretton Woods institutions, with focus on giving voice to the concerns of the developing world and ‘reflecting the realities of the 21st century’; ‘the burdens of a colonial past, even as we face the inequities of the current world order’; ‘more multipolarity and reformed multilateralism’; ‘greater diversification and localisation of capabilities’; and, the lop-sided composition of the G20 that is weighed against the Global South.

Jaishankar rejected the collective West’s destructive attempts to polarise the world order — ‘us vs them mindset’ — and asserted: “From decolonisation movements to resisting alignment in the face of a deeply polarised world, the Global South has always shown the middle path. The path where diplomacy, dialogue and cooperation take primacy over competition, conflict, and divisions.”

Jaishankar said: “Whether it is the impact of the Covid pandemic, climate change, terrorism, ongoing conflicts and debt crises, the search for solutions do not give due weight to the needs and aspirations of the Global South. We therefore want to ensure that India’s G-20 Presidency gathers that voice, the perspectives, the priorities of the Global South, and articulates that clearly in its debates.”

Such a vision is being expounded from New Delhi after a long time. Since the early 1990s, when Indian diplomacy incrementally began turning its back on the Global South, it preferred to work with the western agenda to reset the norms of global governance. Essentially, the so-called ‘Washington consensus’ aimed at preserving the domination of the rich western bloc through an ingenious way of coalition-building with a clutch of developing countries that played a subaltern role. The G20 epitomises the paradigm under the rubric of the ‘rules-based order.’

In a memorable instance, Barack Obama showered fulsome praise on our then PM at the G20 summit in Toronto in 2010, saying “Whenever the Indian Prime Minister speaks, the whole world listens to him.” He knew, we knew and the whole world knew that it was classic ‘Obamaspeak,’ without any fixed meaning in what he said. But those were heady times soon after the US-India nuclear deal.

Our elites were led to believe that India’s interests are best served by acting as a ‘bridge.’ But it has become crystal clear from Washington’s confrontation with Russia (and China) that there is no willingness for a broad-based equitable world order. G7 is once again imposing its diktat — even on the global oil market. Meanwhile, the epochal confrontation in Ukraine exposed that the ‘rules-based order’ in reality translates as the West’s hegemonic position in the world.

Therefore, it came as no surprise when Jaishankar noted in his speech with bitterness and disenchantment that “Those who were promised an interconnected world now actually see a world with higher walls.” He was referring to the host of unkept promises by the rich countries, the debris of which is lying all around — the burden of developing climate resilience, industrialisation without carbonising, for instance — “all at the same time, while managing disruptions and uncertainties in global supply chains.”

The speeches by the PM and the EAM have signalled that India intends to push back western attempts to hijack the G20 summit scheduled to take place in New Delhi in September. Without doubt, the ideas and proposals expounded by the duo have been noted with all seriousness by the G20 members.

Interestingly, Brazil has asked its partners in the BRICS to delay its presidency in the group from 2024 to 2025. Brazil’s Finance Minister Fernando Haddad said last Wednesday, “We have put off our presidency in BRICS so that it doesn’t coincide with the G20.” The minister added that the purpose of the move is to “do quality work in both cases.” Brazil’s newly elected socialist president Luiz Inacio Lula da Silva has said his foreign policy priorities include plans to rekindle integration processes in Latin America and highlight the role of BRICS and the G20.

The bottom line is that most of the ideas that found expression at the Voice of Global South Summit are rooted in the BRICS deliberations. India is circling the wagons to avoid a repetition of the G20 summit at Bali where the western countries acrimoniously demanded that the ‘rules-based order’ be front-loaded thematically in the deliberations. Surely, the Modi government is going to annoy the ‘collective West.’ Be prepared for shenanigans from the West’s toolbox to superimpose a different backdrop for the September event.

However, these are temper tantrums of despair, as the status quo of the G20 agenda is unsustainable and a new world order is emerging. The latest tidings from the Ukraine conflict are a historic defeat of western hegemony. A fundamentally different international system becomes inevitable. Modi’s optimism is well-founded. And it is only appropriate historically, morally, culturally and politically that India positions itself at the vanguard of change.