How America got the war on terror wrong

The 2001 American war in Afghanistan was no less vague and no less ridiculous because it did not result in the decimation of the al-Qaeda, nor in the elimination of the Taliban as a militant and political force in Afghanistan. Americans waged a war against global jihadi terrorism in Afghanistan. It has been a costly, tragic, useless, self-defeating war. All the strategy and security pundits who have spilt endless ink on analysing the threat of global jihad should ponder on their follies. 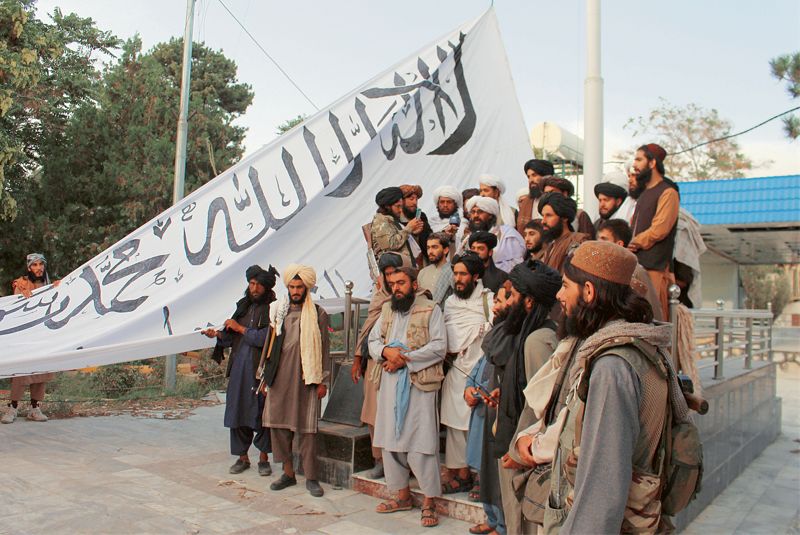 SELECTIVE: The Americans did not club the Taliban with the al-Qaeda but were worried over their influence on security in the region. AP 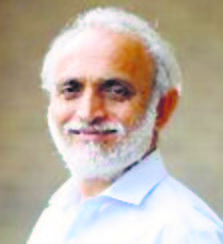 THE American invasion of Afghanistan in 2001 was in retaliation for the 9/11 attacks carried out by a bunch of Arabs — mostly from Saudi Arabia with affiliation to the al-Qaeda led by Osama bin Laden — who went to the United States and learned to fly planes before some of them crashed hijacked planes into the World Trade Center towers in New York.

The Taliban, then in power in Afghanistan, were not involved in the terror attack in America. It was known that Osama bin Laden was in Afghanistan. Americans wanted the Taliban to hand over bin Laden to them. Pakistan’s Inter-Services Intelligence (ISI) interlocutors tried to persuade the Taliban leaders to hand over bin Laden. They refused. And it was used by the Americans as the casus belli to invade Afghanistan. In the beginning, the Americans did not propose to deploy troops on a large scale. They said this first war of the 21st century will be fought by the Special Forces, the well-trained compact group of commandos who will kill the enemy and come back. This was to avoid the American fate in Vietnam, where the troops got caught in a full-scale war. The operation, codenamed “Infinite Justice”, was then renamed “Operation Enduring Freedom” because it was felt that the first one would hurt the sentiments of the world’s Muslims because of the Quranic echoes. The war did not last long. The Taliban melted away in November, and the Americans were left scouring the Tora Bora mountains in search of Osama bin Laden for months. It is only 10 years later, in 2011 that the US Navy Seals stormed the hideout in Abbotabad in Pakistan where bin Laden was found with his wife and children, and killed instantly, and the body thrown into the sea because the Americans feared that his burial site could become an attraction for the Islamic terrorists.

The Americans had, however, stayed back in Afghanistan to establish democracy and guard the country against the return of the Taliban. The people of Afghanistan welcomed the move. The Americans were followed by their North Atlantic Treaty Organisation (NATO) allies — and it is the first time that NATO, formed at the beginning of the Cold War, participated in a theatre of war, far from its designated sphere of action — parking itself in the country, beating off the sporadic guerrilla attacks of the Taliban. The international forces were called International Security Assistance Force (ISAF). So, the war against the Taliban was never complete.

The Americans then committed the greatest breach of international law. They rounded up hundreds of Taliban recruits, put them in prison in Afghanistan, and then whisked them away to America and placed them in the Guantanamo Bay camp, off the mainland of America to escape American judicial scrutiny. These prisoners were not treated as prisoners of war as they should have been, and should have been treated in accordance with the Geneva Conventions. They were not. It became known later that many of those who were rounded up in Afghanistan were also kept in secret Central Intelligence Agency (CIA) prisons in Europe, to be interrogated and tortured without a check. The device of water boarding, among other “enhanced interrogation” methods, which was later condemned and withdrawn, was used to extract information about Islamic terrorist networks, and was claimed that it had been instrumental in preventing terror attacks in America. But more than a decade later, every one of those imprisoned in the Guantanamo Bay camp was released because there was no evidence. The exception was Khalid Sheikh Mohammed, the Pakistani militant, who is considered the mastermind. It was the American Civil Liberties Union (ACLU) that insisted that the prisoners be tried in ordinary American courts and stood up for the rights of the prisoners. It needed extraordinary moral courage on the part of ACLU to defend the rights of Guantanamo Bay prisoners who were considered Islamic terrorists.

The Americans and their allies failed in their war objectives. They failed to nab Osama bin Laden in 2001 in Afghanistan, the reason the war was waged. They failed to prove that the Taliban and other recruits arrested immediately after the short war in November 2001 and were whisked away in breach of international law and conventions, were terrorists who waged war against America. And finally, they could not keep Afghanistan free of Taliban, which was the rhetoric in 2001.

The question whether Afghanistan under the Taliban was the epicentre of global jihadi terrorism will remain a moot point. The attacks on the American embassies at Nairobi in Kenya and Dar es Salaam, Tanzania, in August 1998, provoked President Bill Clinton to fire missiles from American ships in the Indian Ocean at unspecified targets in Afghanistan because the presence of Osama bin Laden will remain part of the lore of ridiculous military retaliation. The 2001 American war in Afghanistan was no less vague and no less ridiculous because it did not result in the decimation of the al-Qaeda, nor in the elimination of the Taliban as a militant and political force in Afghanistan. Americans waged a war against global jihadi terrorism in Afghanistan. It has been a costly, tragic, useless, self-defeating war. All the strategy and security pundits who have spilt endless ink on analysing the threat of global jihad should go into a huddle once again and ponder on their follies.