How Buddhism waxed and waned in India : The Tribune India

How Buddhism waxed and waned in India

Nehru felt that Jainism and Buddhism were considered not as a revolt against Hinduism but an attack on polytheism and Brahminism. He concluded that the Upanishad philosophy had produced a powerful wave of materialistic thinking, agnosticism and atheism. Buddhism and Jainism grew out of this. Both Mahavira and Siddhartha preached non-violence and casteless societies; yet both did not claim that they were breaking away from the Aryan tradition. 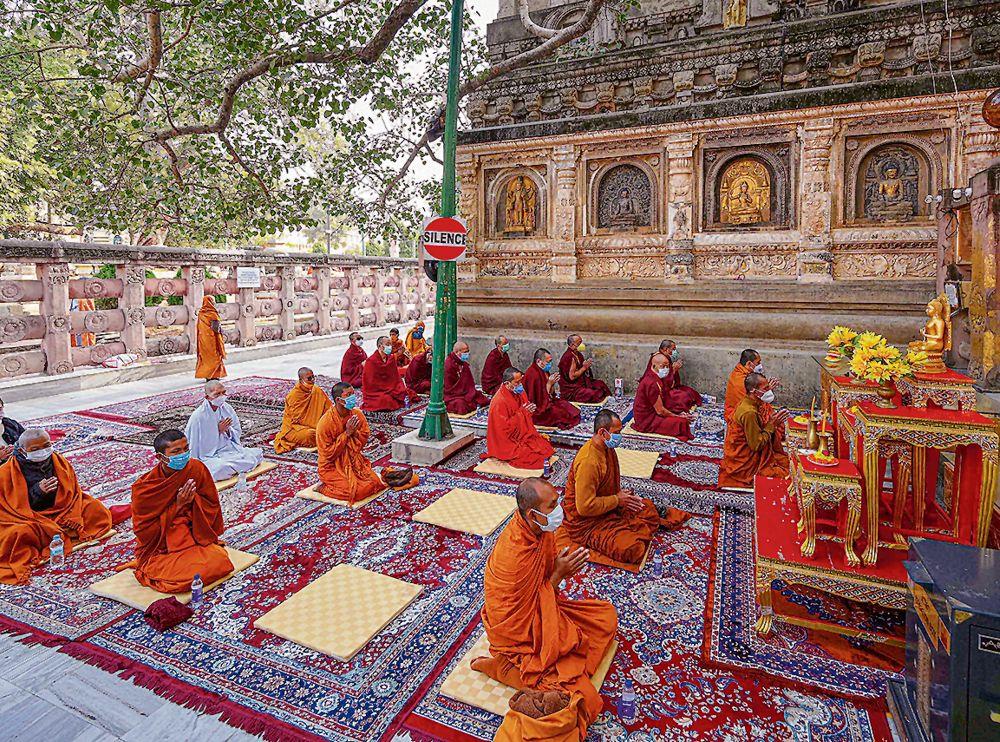 On December 21, while addressing the 6th Indo-Japan Samwad, Prime Minister Narendra Modi offered to set up a composite global library on Buddhist studies for scholars to carry forward “our ancient tradition of spiritual and scholarly exchanges”.

In 1938, French writer-philosopher Andre Malraux had made an almost similar suggestion to Jawaharlal Nehru, who was in Paris after being released from Almora jail on September 3, 1935. Nehru had completed his seventh imprisonment that began on February 12, 1934. Malraux wanted to know how Hinduism could succeed in pushing away an organised and popular religion like Buddhism from India without any major armed conflict and absorbing its principles over a thousand years ago.

Nehru worked hard on this query during his ninth imprisonment from 1942 to 1945 in Ahmednagar Fort prison. The result was his Discovery of India, a scholarly, 583-page tome. Nehru was imprisoned for more than nine years in nine phases.

In writing this treatise, Nehru utilised the impressions gathered during his travels since 1912 through the length and breadth of the country, meeting villagers, watching its mighty rivers, valleys and mountains, its forests and plains. His most absorbing experience was at the Kumbh Mela in his hometown where “hundreds of thousands come, as their forebears had come for thousands of years from all over India, to bathe in the Ganges”.

He would remember what the Chinese pilgrims and others had written 1,300 years ago about these festivals, even when these melas were ancient and lost in an unknown antiquity. “What was the tremendous faith, I wondered that had drawn our people for untold generations to this famous river of India?”

Nehru felt that both Jainism and Buddhism were considered not as a revolt against Hinduism but an attack on polytheism and Brahminism. He concluded that the Upanishad philosophy had produced a powerful wave of materialistic thinking, agnosticism and atheism. Buddhism and Jainism grew out of this. Vardhamana Mahavira (540-468 BC) and Siddhartha Gautama (560-480 BC) were Kshatriyas and believed in Hindu tenets of karma and rebirth. Both preached non-violence and casteless societies; yet both did not claim that they were breaking away from the Aryan tradition. That was one reason why the people did not feel that these two were new religions.

The ruling elite found Buddhism attractive, receiving initial impetus during the Bimbisara regime in Magadha, south Bihar (540 BC). Bimbisara had met Gautama before his Enlightenment. In fact, the Magadha empire, the doyen among contemporary kingdoms like Kosala (Oudh), was famous as one of the 16 kingdoms known as Mahajanpadas (great foothold of the people) in ancient northern India for all the three religions: Hinduism, Jainism and Buddhism.

Chandragupta Maurya, who captured Magadha from the Nandas in 322 BC, patronised all religions. He was mentioned in Buddhist, Jain, Hindu and Greek texts. Later, Ashoka expanded his empire through wars to practically the whole of India. Anguished by the bloodshed, he renounced violence as a policy under the influence of Buddhist ascetic Upagupta of Mathura. Yet, historians have doubts whether Ashoka had renounced Hinduism.

Years later, Asvaghosha, a Brahmin priest from Ayodhya who became a Buddhist, converted Kanishka to Buddhism. Kanishka was a Kushan (Yuezhi) from western China. He elevated Buddha from a preacher to God through ‘Mahayana’, borrowing the Hindu reincarnation theory and introducing Hellenistic features for Buddha’s statues like Apollo with jewels.

The Hindu revival was seen during 405-643 AD, starting from Chandragupta-1 (Gupta empire) till Harshavardhana. Commentaries by Chinese travellers Fa-hsien and Hiuen- Tsiang during this era indicate that the “ascetic realism of Jainism and Buddhism no longer appealed to the masses in contrast with the colourful deities of the Hindu pantheon”, although the kings were patronising Buddhism.

Also, the evolvement of a system of the self-supporting village community had its adverse influence on Buddhism, which was patronised only by the upper classes. The villagers no longer needed expensive monasteries for spiritual elevation since the ‘New Brahmins’ started rendering door-to-door services as priest, agricultural adviser, ayurveda doctor and astrologer. That was the beginning of the decline of Buddhism in India.

Nehru’s interpretation of Buddhism’s trajectory was appreciated and endorsed by global scholars. What they could not understand was how a revived Hinduism could indulge in such inhuman caste oppression against non-Brahmins as to make Swami Vivekananda to call Kerala, even with high education levels, a ‘lunatic asylum’ in 1892. This was so cruel that he decided to appoint Srimad Ramakrishnananada and Sister Nivedita to lead the struggle for reforms.

However, Sri Narayana Guru (1855-1928) had already started his struggle in Kerala for ‘One Caste, One Religion, One God for Mankind’ since 1888. Rabindranath Tagore and Mahatma Gandhi visited him in his ashram in 1922 and 1925, respectively. Swami Dharma Theertha, his close follower had published A History of Hindu Imperialism in 1941 from Lahore as an alternative interpretation of Vedas, Brahmanas and Sutras. Originally, he was Shri Parameswara Menon, an upper caste activist. In his book, he charged Brahminism with ignoring the teachings of Raja Ram Mohan Roy, Dayananda Saraswati, Swami Vivekananda and Gandhiji and denying the Dalits the “solace and benefits of education, sanitation, good water and air, use of tanks, wells and roads”. However, the mainstream Hindutva movement ignored all these.

Babasaheb Ambedkar started thinking about conversion to Buddhism while in London in 1933. It was only on October 14, 1956, that an ailing Ambedkar and his three lakh followers converted themselves as Buddhists at Nagpur. In his speech, he ridiculed the allegation that he chose Nagpur to confront the RSS based there. Instead, it was to commemorate the lone ‘Nag’ man who had escaped from the original Aryan massacre and from whom the ‘Nags’ living near Nagpur had sprung, who finally carried Buddha’s message.

These are the points which should engage the attention of the new global library. In addition, they should also research why ochre-clad Buddhist priests like Ashin Wirathu in Myanmar are in the forefront in persecuting the hapless Rohingya against all Buddhist canons.