It wants India, other countries to dissociate themselves from the Quad 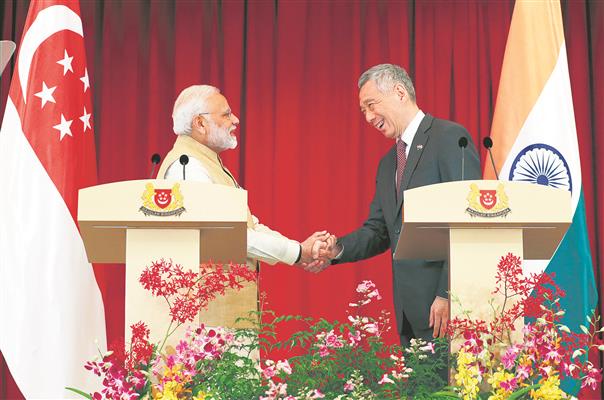 STRATEGY: An important aspect of China’s adoption of the Indian, and now, ASEAN definitions of Indo-Pacific is to inhibit them from aligning with the US. 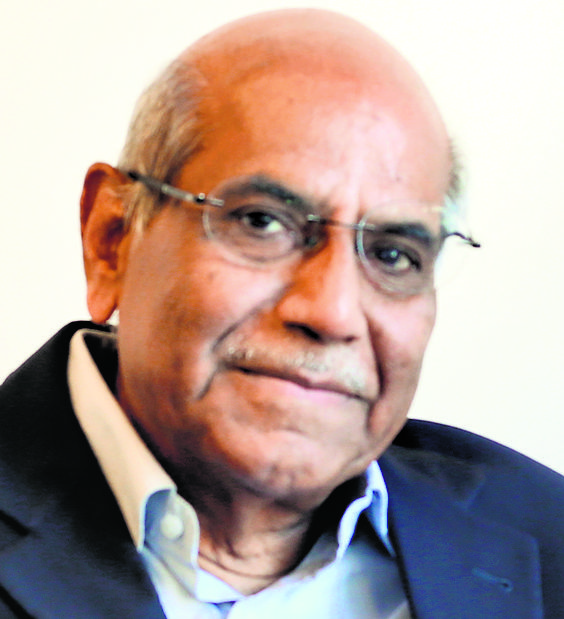 DURING the past decade, the concept of Indo-Pacific as a strategic space has gained momentum. India embraced it formally in the keynote speech by PM Modi at the Shangrila Dialogue in 2018. The US renamed its Pacific Command to Indo-Pacific Command the same year. Japan has been an early proponent, with Shinzo Abe having spoken of the great confluence of the Indian and Pacific Oceans in an address to the Indian Parliament in 2007. More recently, Abe has advocated a ‘free and open Indo-Pacific’. Australia, too, has adopted the term in its official discourse. China initially dismissed the concept as ‘attention grabbing idea.... that would dissipate like the ocean foam’. ASEAN was wary of the concept as it seemed to detract from ASEAN ‘centrality’ which claims for the regional body a decisive voice in any regional economic or security architecture. Recently, there has been a change in the postures of both China and ASEAN towards Indo-Pacific, and this should be examined for their implications.

Chinese media and scholarly commentaries have now started using the term Indo-Pacific regularly. Chinese think tanks have even convened conferences with Indo-Pacific as the theme. The aim appears to be to hold countries in the Indo-Pacific to a narrative devoid of any anti-Chinese content. In his speech at the Shangrila Dialogue, Modi followed Abe in describing the Indo-Pacific as spreading from the western Pacific all the way to the east coast of Africa, and stressed its inclusive character. To assuage anxieties, India has formally acknowledged ASEAN centrality and declared that Indo-Pacific cooperation would work through ASEAN-led institutions. The contradiction between the expansive geographical definition and its narrower regional dimension has been blurred. In operational terms, India has accepted the US and Australian notion that Indo-Pacific covers the ocean space between ‘Hollywood and Bollywood’. That is what a bow to ASEAN centrality would imply. India has also tried to project the quadrilateral group of India, Australia, Japan and the US, the ‘Quad’ as separate from the Indo-Pacific, though not very convincingly. For the other three partners in the Quad, all US military allies, any Indo-Pacific strategy must take the Quad as its core. The recent US Indo-Pacific Strategy Report makes it clear that its aim is to frustrate China’s attempts ‘to reorder the region to its advantage’, and that the Quad will play a critical role in this respect. While China has changed tack on Indo-Pacific, it continues to attack the Quad as an ‘Asian NATO’.

ASEAN has dropped its objection to Indo-Pacific, but came up with its own definition at its summit in June: ‘A perspective of viewing the Asia-Pacific and Indian Ocean regions not as a contiguous territorial space but as a closely integrated and inter-connected region, with ASEAN playing a central and strategic role.’

An important aspect of China’s adoption of the Indian, and now, ASEAN definitions of Indo-Pacific is to inhibit them from aligning with the US in confronting China. Yang Yanyi, leader of a Chinese delegation that visited India in June, declared, ‘Any regional initiative needs to be open, inclusive, rules based, guided by the principles of respect for sovereignty, non-interference, and mutual trust. Such an attempt of deepening mistrust, miscalculation and patterns of behaviour based on zero-sum games should be guarded against. Indo-Pacific should be about addressing issues like poverty alleviation and not about creating divisions.’

He added further, ‘The rhetoric and narrative to my ears have been quite confrontational. So I would like to concur with some of the views expressed, including by India, that the Asia-Pacific and Indian Ocean region should not be viewed as contiguous territorial space but as clearly integrated and inter-connected region.’ The message from China is clear: if countries like India subscribe to an open and inclusive Indo-Pacific, they must dissociate themselves from the Quad.

Does China respect ASEAN centrality and an inclusive Indo-Pacific? Since 2002, China and ASEAN have been negotiating a code of conduct for the South China Sea, which is part of Indo-Pacific but this has made little progress. In 2017, a framework was agreed upon but is reportedly no more than a listing of each individual ASEAN country’s perspective rather than a common ASEAN position on the code. China has advanced three main demands: one, the code should not be covered by the UN Convention on the Law of the Seas; two, joint military exercise with countries outside the region must have prior consent of all parties to the agreement; and three, no resource development should be conducted with countries outside the region.

ASEAN is unlikely to acquiesce to these demands but Chinese intent is obvious and contradicts its professed adherence to a rules-based Indo-Pacific. It is aimed at ‘reordering the region to its advantage’. Indo-Pacific as a rules-based order assumes that all stakeholders accept that the relative decline of US power in the region should give way to a multipolar Asian order managed by a cluster of major powers which would include India and China as key actors. But China insists on a hierarchical architecture wherein its self-defined political, economic and security interests enjoy pre-eminence. Until China can be persuaded to accept a multipolar order, an Indo-Pacific strategy will have to play a role of countervailing Chinese power and the Quad will be its core. India needs to be clear where its interests lie.