How Taliban’s return can fuel Indo-Pak hostility : The Tribune India

Islamabad has done everything in its power to keep New Delhi on the fringes in Afghanistan, persuading Americans to keep India out. President Ghani initially placed India at the outermost circle of his policy of concentric circles as per the power they wielded. Similarly, Russia, at Pakistan’s behest, ensured India was excluded from the Moscow-led extended Troika of China, the US and Pakistan by saying that New Delhi could not influence the Taliban. 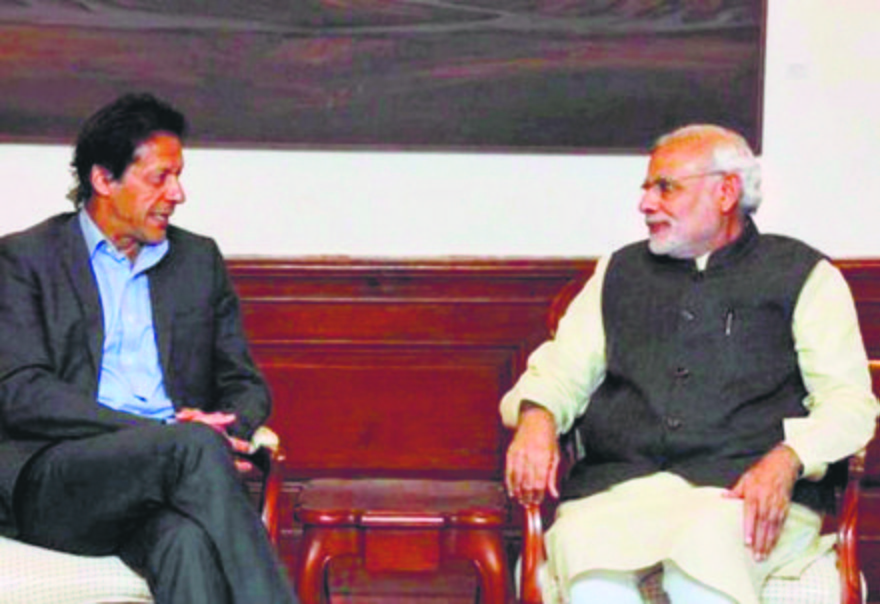 See-saw relations: Whenever there is any blip of optimism in Indo-Pak bilateral ties, it is usually due to the backchannel. PTI 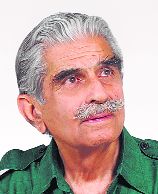 The reconquest of Afghanistan is sweet comfort for the Taliban following their military defeat in 2001. For the Taliban, who had famously said: ‘While Americans have the watches, we have the time’, things have come full circle.

Pakistan’s contribution to its return to power is of no small amount. This is bound to fuel hostile relations between India and Pakistan, already at a low due to India’s reading down of Article 370. Pakistan has tried to keep Afghanistan out of bounds for India.

In 2007, Foreign Secretary Nirupama Rao negotiated with her Pakistani counterpart Riaz Khan the inclusion of Afghanistan as the ninth item in the composite dialogue, but the Pakistan Army never let it be implemented, saying that “it would legitimise India’s role in Afghanistan.”

Islamabad has done everything in its power to keep New Delhi on the fringes in Afghanistan, persuading Americans to keep India out. President Ghani initially placed India at the outermost circle of his policy of concentric circles as per the power they wielded. Similarly, Russia, at Pakistan’s behest, ensured India was excluded from the Moscow-led extended troika of China, the US and Pakistan by saying that New Delhi could not influence the Taliban.

Lately, though, the External Affairs Ministry spokesperson has begun describing India as Afghanistan’s ‘neighbour’, but now it is an outlier.

Crisis-prone India-Pakistan relations have witnessed several interventions by the US, the USSR and the UK. To avoid third-party mediation and following the Simla Agreement, India and Pakistan opened up a backchannel initially between diplomats and later institutionalised between the NSAs. It was the Satinder Lambah-Tariq Aziz backchannel from 2004-07 that produced the four-point formula on Kashmir which was the closest the two countries have reached in resolving the dispute. Pakistan has not always had an NSA after Maj Gen Mohamad Durrani was sacked for identifying one of the terrorists in the Mumbai attack. Sartaj Aziz was appointed NSA in 2013-15, followed by two retired generals — Janjua and Lodhi — with diplomat Haroon briefly in between.

The backchannel has also witnessed variations: direct talks between the ISI and R&AW; between the ISI and the NSA. It is believed that NSA Ajit Doval met Pakistan Army Chief General Bajwa in London last year following his presentation at the Islamabad security dialogue where he mentioned the shift from geo-politics to geo-economics and urged India to bury the past. The UAE Ambassador to the US, Yousef al Otarba, admitted that it was mediating — what he meant was facilitating — between India and Pakistan for a healthy and functional relationship. Doval and ISI’s Lt Gen Faiz Hameed negotiated the February 25 ceasefire agreement in Dubai.

Whenever there is any blip of optimism in bilateral relations, it is usually due to the backchannel. Pakistan’s youthful and loquacious NSA Moeed Yusuf confirmed publicly that India had sought the backchannel which sired the ceasefire. This is highly plausible, given India’s intent to defuse the two-front situation after PLA intrusions along the LAC. Adrian Levy and Cathy Scott Clark, co-authors of the Spy Stories-Inside Secret World of RAW and ISI, confirm that the backchannel was operational before 2018-19.

India did not believe the ISI when it told New Delhi that it was not responsible for the Pulwama attack and went on to bomb Balakot. It was the Jaish-e-Mohammad which carried out Pulwama, Pathankot and Uri strikes earlier as the Lashkar-e-Taiba was lying low after Hafeez Saeed was put under house arrest. For some time, the authors acted as a conduit of operational intelligence exchange between the two sides. They claim they had unprecedented access to top intelligence actors of both countries.

Success via the backchannel has encouraged bonhomie. Prime Minister Modi wished Imran Khan on his country’s national day, followed by ‘get well’ wishes after he contracted Covid-19. Khan told Modi that he looked forward to a result-oriented dialogue.

The high point resulting from the backchannel was Pakistan agreeing to buy from India cotton and sugar in April 2021. Not surprisingly, the plan got scuttled on the pretext that it had not been cleared by the Cabinet. This mirrors Pakistan’s power purchase agreement in 2013-14 cancelled for similar reasons — read the military. Apparently, the generals do not buy Bajwa’s bury-the-past idea and wish to keep relations on the simmer.

The sticking point for normalising relations is Article 370 over which Pakistan has tied itself in knots. Both countries have assimilated, through legislation and map-making, the parts of J&K they hold. Pakistan occupies 15 per cent of J&K, of which 85 per cent is Gilgit-Baltistan, formerly the Northern Areas. It has made the strategic Gilgit-Baltistan almost the fifth province of Pakistan (provisional provincial status) and integrated it with the Centre.

India stirred the hornet's nest over the inclusion of Aksai Chin in the new map, inviting PLA encroachment across the LAC in East Ladakh. In addition, Pakistan is accusing R&AW of terrorist attacks in Lahore (near Hafiz Saeed’s residence) and in Baluchistan against a bus-load of Chinese. Further, the ISI has substituted drones for human infiltration across the LoC. Still, the Indus Waters Treaty Commission met after three years and India has given sports visas for Pakistani cricketers.

On Kashmir, China has said: ‘It is a dispute left over by history which has to be resolved peacefully through the UN Charter, Security Council resolutions and bilateral agreements.’ UN Secretary-General Antonio Guterres in 2019 recalled the 1972 agreement on the bilateral agreement between India and Pakistan — the Simla Agreement — which states that the final agreement on Jammu and Kashmir’s status has to be settled by peaceful means in accordance with the charter of the United Nations.

Obviously, Kashmir is not India’s internal matter. The blow hot, blow cold India-Pakistan relations await normalisation: restoration of full diplomatic relations, including the return of ambassadors and full staff, resumption of trade across Wagah and the LoC and the revival of the comprehensive bilateral dialogue started in 2015.

Pakistan’s insistence that India reverse its constitutional alterations in J&K before any dialogue on normalisation only adds to the complexity of India's conditionality that talks and terror do not go together. The intrepid backchannel must create conditions for an unconditional dialogue, without prejudice to each other’s positions.