How the police let down Delhi riot victims

A recent bail order of the Delhi High Court underlined the disinclination on the part of the police to conduct a fair investigation. In one riot case, while releasing on bail three persons accused of shooting a co-religionist from close range, the judge observed: “It is hard to believe that a communal riot can be used to cause the death of the person of their own community.” 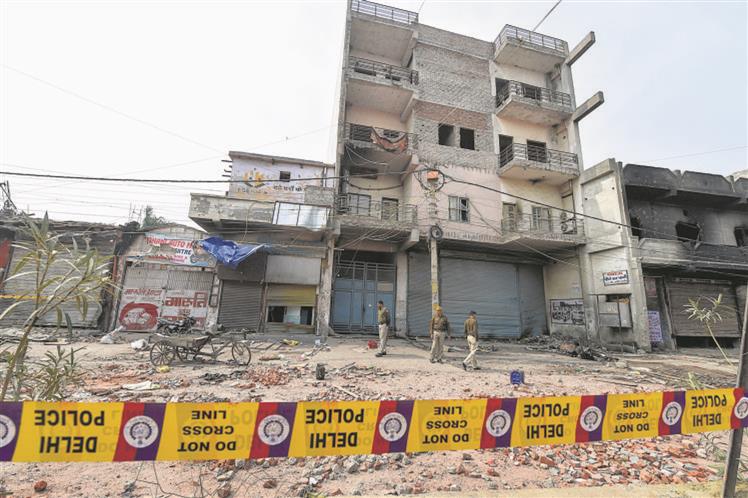 IMPERATIVE: The trust in policing can be restored only by the police. PTI 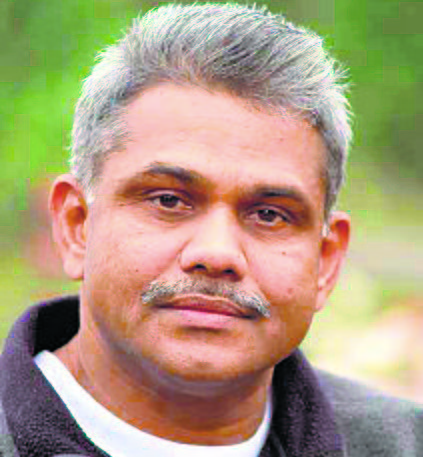 ON the first anniversary of the communal riots in north-east Delhi, numerous humanitarian, administrative and judicial accounts are being updated or freshly circulated in the media. Available statistics confirm that 53 persons were killed, over 500 injured and more than 1,800 arrested. The Delhi Government claims to have disbursed Rs 26 crore among over 2,200 riot victims as compensation.

Conspicuous by their absence, however, are the names of the personnel the police department would normally reward as exceptional defenders of public life and property during such riots. Not that the Centre or the state government ever bothered to officially identify and felicitate the civilian heroes either. Some of them were even targeted by the police and named in criminal cases.

It seems that prevention was not foremost on the minds of the Delhi Police top brass, even though the brewing tension over the Citizenship Amendment Act (CAA) had coincided with the much-publicised visit of the then US President Donald Trump to the national capital. Ironically, inciteful speeches were made by political leaders in the presence of cops, triggering the events that escalated into riots lasting three days.

Within days of the stoppage of the bloodshed, Union Home Minister Amit Shah praised the Delhi Police in Parliament for ‘effectively containing the riot within 36 hours’, in contrast to the then prevailing narrative of partisan policing. The PCR (Police Control Room) system of the police had allegedly remained mostly unresponsive to calls from members of the minority community, and at one point, the Delhi High Court had to intervene for ensuring safe passage to ambulances in residential areas of the minority community.

A recent bail order of the High Court underlined the disinclination on the part of the police to conduct a fair investigation. In one riot case, while releasing on bail three persons accused of shooting a co-religionist from close range, the judge observed that the post-mortem report indicated that the wound was caused by long-distance firing. “It is hard to believe that a communal riot can be used to cause the death of the person of their own community,” the judge said. The accused had saved the lives of some persons of the majority community (witnesses in the case) by asking them to leave the scene of the crime. “If they were really involved in this communal riot and wanted to cause harm to the members of the other community, they would not have tried to save the lives of the members of the other community,” the judge observed.

The anniversary has passed off as a low-key affair, overshadowed by the ongoing farmers’ protests at Delhi’s borders. But in view of the handling of these riots, a question mark remains over the modern image of the police force. Back in December 1992, a communal flare-up triggered by rumours in the wake of the Babri Masjid demolition was quickly controlled in the Capital. Working directly under the Ministry of Home Affairs helps by way of uninterrupted flow of quality intelligence inputs from Central agencies as well. So, what went wrong this time?

There is a marked shift in the character of proactive policing, from being preventive to pre-emptive, and that has clearly taken a big toll on the policing priorities. Preventive policing is that aspect of law enforcement intended to act as a deterrent to the commission of crime. It is considered a defining characteristic of the modern police, typically associated with Robert Peel’s London Metropolitan Police, established in 1829. Pre-emptive policing relies on risk assessment against select risk criteria. Drawing on algorithmic prediction, the future risk of offending is calculated and allocated a category — extreme, high, medium or low risk. Accordingly, the Delhi Police have, during the past year and a half, been constrained to pick up social activists, Left-leaning students and minorities as risk factors harmful to peace in society.

As a logical corollary, their pre-emptive approach has also seeped into the investigation process. There appeared to be several menacing images of armed outsiders marching to the rioting sites, which demanded a deeper probe by investigators. However, an overview feeding a conspiracy theory has been presented through a four-tier chart in various chargesheets. It presupposes a criminal linkage between the alleged masterminds and activists, interfacing with local organisers, and, consequently, binds them to the violent acts of the rioters. According to one typical chargesheet of the Delhi riots, the local organisers are the persons who set up the protest site and the “local protesters/rioters are the people who resided in the locality of Chand Bagh, the common man who visited the protest site to support the protest which was being organised by the local organisers and the conspirators. These people were not a regular part of the protests. However, they actively participated in rioting on February 24, 2020, after being instigated by the local organisers.”

The trust in policing can be restored only by the police. With the Black Lives Matter movement seriously testing the credibility of police across America, Houston police chief Art Acevedo had talked about ending ‘lawful but awful’ policing. They did move in the desired direction.