Democrats voting to impeach contend that Trump withheld aid to Ukraine in exchange for investigating Hunter Biden. They allege that Trump coerced Ukraine and extorted interference in the upcoming election. The facts do not support these conclusions. Trump never mentions anything about withholding aid to Ukraine. 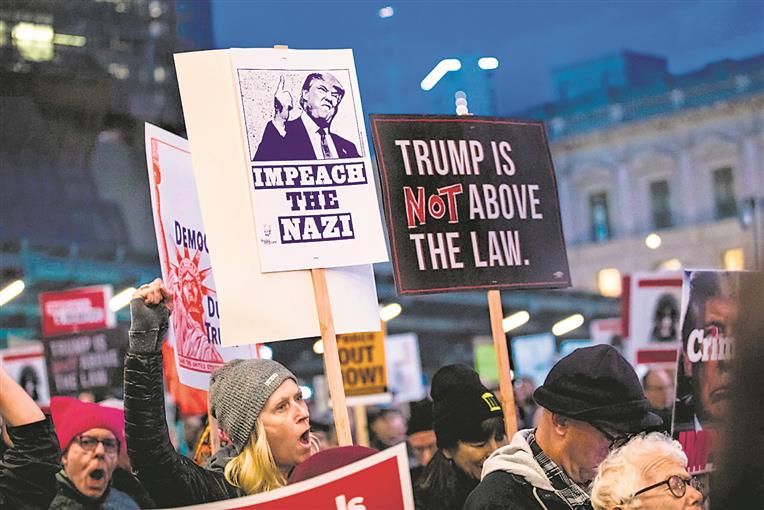 CHECKS & BALANCES: The framers of the US constitution did not intend impeachment to be used because of partisan hatred of a President. 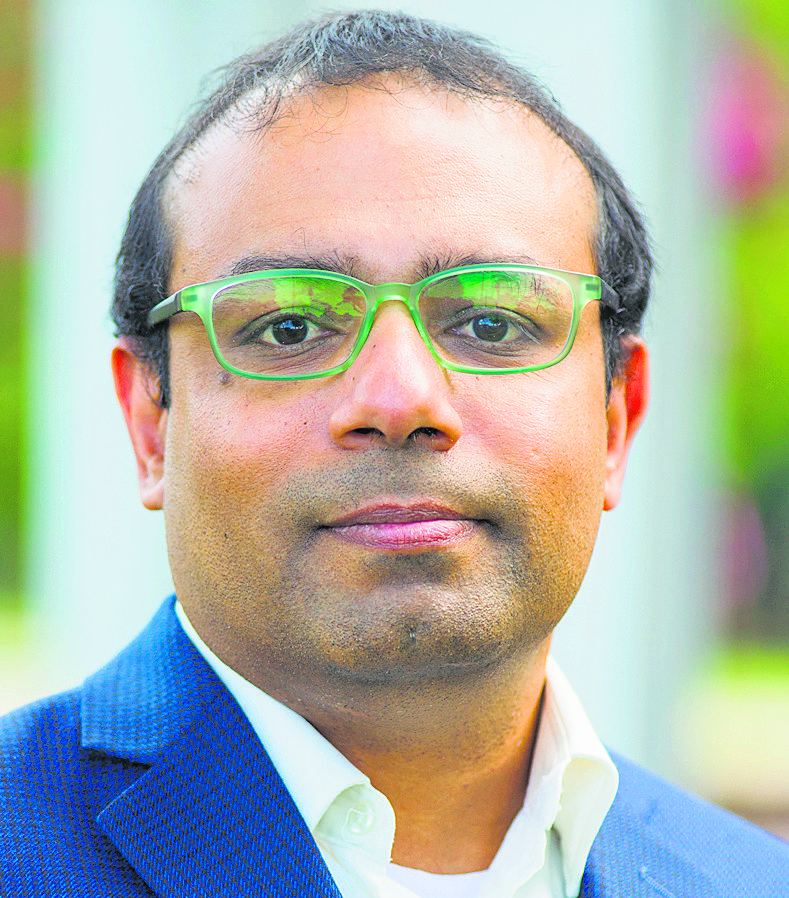 THE first line in the obituaries of US President Donald Trump and Speaker Nancy Pelosi was probably written last week. Trump, for becoming only the third President in US history to be impeached, and Pelosi, for seeking to oust a democratically elected President exactly as the framers of the US constitution warned against.

Trump’s impeachment ostensibly rests on the fulcrum of his July 25 phone conversation with Ukrainian President Volodymyr Zelensky. There are two critical pieces in this event: Trump asking for a ‘favour’ to investigate Ukrainian involvement in the 2016 election, allegedly in support of Hillary Clinton, and Hunter Biden, the son of former Vice President Joe Biden. The call is classic Trump — flattering, cajoling, divagating, and wheeling and dealing both for himself and his country. During the call, Trump says, “There’s a lot of talk about Biden’s son, that Biden stopped the prosecution and a lot of people want to find out about that, so whatever you can do with the Attorney General would be great. Biden went around bragging that he stopped the prosecution so if you can look into it...It sounds horrible to me.” Trump is referring to the fact that a Ukrainian prosecutor had been sacked at the request of Joe Biden for inquiring into his son’s dealings in Ukraine.

Unfortunately, the facts do not support these conclusions. Trump never mentions anything about withholding aid to Ukraine. He never imposes any conditions on aid. Instead, he engages in his familiar rants about how America does more to support Ukraine than the Europeans, and bemoans the unfairness.

There’s more in the July 25 call to contradict any coercion. Far from being coerced, Zelensky appears to be a fan of Trump, using Trump’s own favourite words to flatter him: “We are trying to work hard… to drain the swamp here in our country... we want to have a new type of government...You are a great teacher for us...”

And to remove all doubt, Zelensky publicly denounced the idea that Trump had sought any quid pro quo for American aid — rejecting claims that he was pressured to investigate Biden. What’s worse, American aid did flow to Ukraine without any investigation into Hunter Biden.

Does any of this matter? Extremist Democrats have been demanding impeachment since Trump’s election victory. After holding them off for three years, Pelosi jumped on board the impeachment train only to find that she was actually riding on the back of a wild tiger. Her confusion is evident from the wildly changing narrative — she started with dramatic assertions charging Trump with bribery and racketeering crimes to eventually closing with a whimper bereft of any allegations about criminal wrongdoing.

Clearly, in this regard, Trump’s impeachment is completely different to the impeachments of Andrew Johnson (1868) and Bill Clinton (1998). Although criminal wrongdoing is not necessary, it certainly helps to build legitimacy for impeachment and remove the taint of partisanship.

The framers of the US constitution designed the impeachment power to clearly establish that the President was not above the law and to remove a President when he committed “great and dangerous offences,” in the words of George Mason. They did not intend impeachment to be used because of partisan hatred of a President; it was to be employed only as an antidote against “treason, bribery or other high crimes and misdemeanours.”

Interestingly, the framers drew their inspiration for these words from British history. The same month the framers met in Philadelphia, Edmund Burke was seeking to impeach Warren Hastings, the Governor-General of India. Burke charged that “Mr Hastings’ government was one whole system of oppression, of robbery of individuals, of spoliation of the public, and of supersession of the whole system of the English government…”

The framers would have been aware of Burke’s speech because Hastings’ impeachment was a massive public spectacle conducted in Westminster Hall. Burke’s language reveals the nature of Hastings’ alleged wrongdoing: “Do you want a criminal, my lords? When was there so much iniquity ever laid to the charge of any one? No, my lords, you must not look to punish any other such delinquent from India. Warren Hastings has not left substance enough in India to nourish such another delinquent.” Burke asserted, “I impeach Warren Hastings, Esquire, of high crimes and misdemeanours.”

These potent words employed to condemn a colonial ruler engaging in the worst violations of natural justice are plainly ill-suited to Trump’s innocuous phone call with Zelensky. The framers never envisioned their use for such tame purposes to ventilate electoral frustrations and policy differences.

The Democrats may not like him, but Trump is no Warren Hastings. Even the most contrived twisting of Trump’s words has not been able to establish bribery, treason or indeed any crime or misdemeanour. Hastings was acquitted after lengthy proceedings and Burke failed to impeach him. Trump has met with a different fate. However, Democrats may end up just as frustrated as Burke because history has been kind to Hastings. Trump may prevail in 2020 and add many accomplishments to his obituary condemning the impeachment to an indictment of his accusers. For Pelosi, that line might be all that defines her obituary.