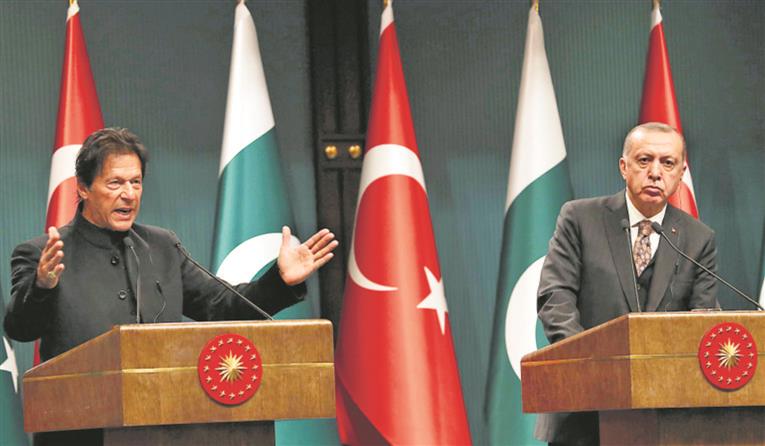 POISED TO TRIP: Imran Khan believed that his stature would rise internationally by becoming a founding member of a new global Islamic grouping. 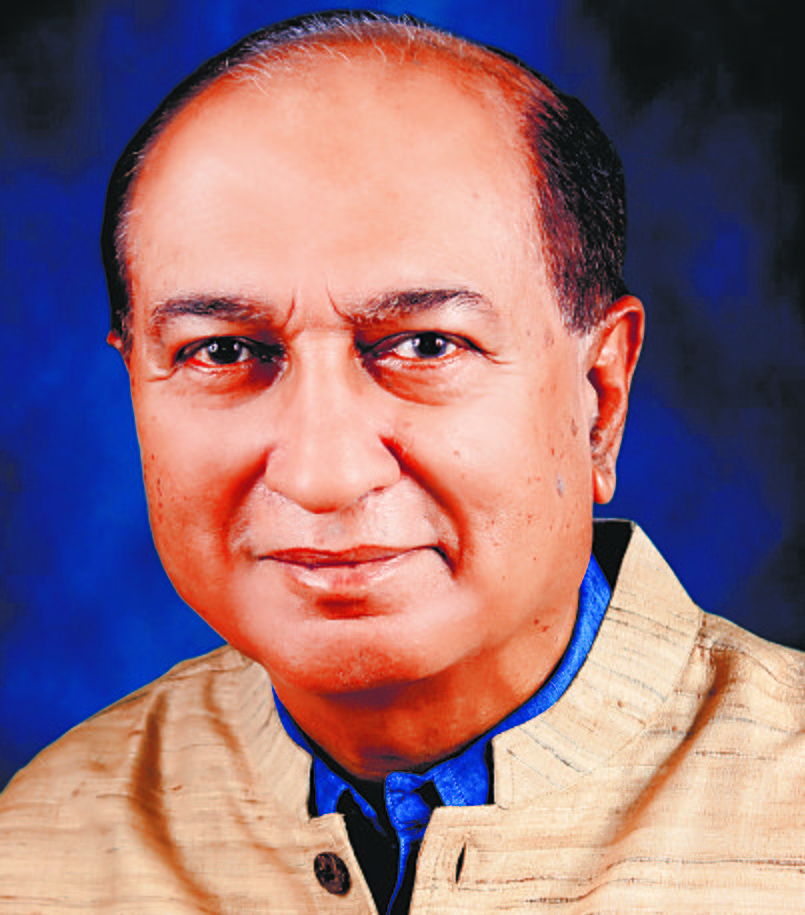 Governing Pakistan has never been an easy task, even for skilful and experienced politicians like Nawaz Sharif and Benazir Bhutto. But, Imran Khan’s lack of experience and understanding of the complexities of governance, and what many Pakistanis say, is his arrogance, have made him accident prone. Pakistan has skilfully played its cards in the Islamic world, steering clear of historical, sectarian and civilisational rivalries between Islamic countries. But, carried away by his belief in his own infallibility, Imran believed that his stature would rise internationally by becoming a founding member of a new global Islamic grouping. This grouping was proposed by the then Malaysian PM Mahathir Mohammed and his overambitious Turkish counterpart Recep Erdogan. The Arab world, led by Saudi Arabia, took serious objection to this move. Rattled by Saudi objections, Imran hastily withdrew from the Mahathir initiative. In the meantime, PM Modi moved effectively to strengthen relations with Saudi Arabia and the UAE, especially in the energy sector.

Imran’s ineptitude is well known, but one wonders how the army rank and file is reacting to the incompetence of General Bajwa and the ISI chief.

In an unprecedented gesture, the UAE invited India as an honoured guest to a meeting of foreign ministers of the 43-member Organisation of Islamic Conference, held in Abu Dhabi, last year. Imran objected and withdrew Pakistani participation in the conference. He soon found that his country’s economy was desperately in need of foreign doles. He had to return to Pakistan’s oil-rich Arab donors to continue receiving Pakistan’s regular doles. Pakistan’s participation in the OIC meetings is now confined to making noises on J&K.

Despite the problems Pakistan faced from influential Arab countries, because of his proximity to Erdogan, Imran decided to follow Erdogan’s lead by criticising French President Emmanuel Macron on his strong response after a Muslim immigrant beheaded a French teacher. Erdogan remarked: ‘What problem does this person called Macron have with Muslims and Islam? Macron needs treatment on a mental level.’ Imran, in turn, proclaimed: ‘President Macron has chosen to deliberately provoke Muslims, including his own citizens, and encouraged the display of blasphemous cartoons, targeting Islam and the Holy Prophet (Muhammad).’ There is growing anger across Europe against refugees from Islamic countries who refuse to adopt European values. Imran’s comments have not endeared him to France and indeed across the EU.

His claims of being a great champion of Muslims worldwide is hypocritical in the light of his position on what is happening in China’s Xinjiang province. As many as 39 countries recently issued a joint statement at the UN General Assembly’s Human Rights Committee, asking China to refrain from detaining Uighurs and to respect the freedoms of the people of Hong Kong. Can Pakistan be regarded as genuinely concerned about the plight of Muslims when it turns a blind eye to an estimated million Uighur Muslims, being held in prison for their religious beliefs? It is time New Delhi became more active in exposing the double standards of Imran.

While Imran’s foreign policy has raised eyebrows across the world, he is also facing increasing criticism within Pakistan, because of his erratic domestic policies. Having been catapulted to power by the army, Imran treats the army chief like his superior. He even looks the other way when General Bajwa bypasses him and directly deals with senior opposition leaders. Imran’s growing unpopularity was more than evident, when, sitting in London, Nawaz Sharif rallied the opposition in Pakistan to stage demonstrations across the country, calling for Imran’s ouster. He is labelled by Sharif and other opposition leaders, not as the ‘elected’, but ‘selected’ PM. Eleven opposition parties, including Sharif’s PML (N), joined hands recently, under the leadership of the veteran Pashtun leader, Maulana Fazlur Raman, to stage demonstrations across Pakistan. Thousands of demonstrators and political activists gathered in Gujranwala, which is a Sharif stronghold. Gujranwala is also the heartland of Pakistan’s army.

The Gujranwala rally was preceded by a meeting of the opposition parties, during which it was decided to form a Pakistan Democratic Front that sought the ouster of Imran.

India became a factor in these developments as the Indian media publicised statements by a minister in Pakistan’s Parliament, tacitly acknowledging the role of the Jaish-e-Mohammed in the Pulwama attack. Fears arose of what the International Financial Action Task Force could do if Pakistan were found to be continuing support to groups like the LeT and JeM. But the Pakistan army’s greatest fear arose from fiery speeches by Sharif’s charismatic daughter, Maryam Nawaz.

The worst was, however, yet to come. Unnerved by the demonstrations, the army ordered the Rangers (made up predominantly of Punjabis) to force the IG of the Sind police to arrest Maryam’s husband Muhammad Safdar Awan. All hell broke loose when the IG, who was reluctant to comply with the illegal order, was arrested, and coerced to issue an order to imprison Maryam’s husband. Virtually all senior police officers, thereafter, went on indefinite leave, in protest against the unlawful arrest of the Sind police chief. Fears arose in Punjab of Sindhi anger, akin to what happened when PM Zulfiqar Ali Bhutto was hanged after being imprisoned by the then army chief Zia-ul-Haq. The army beat a hasty retreat and Maryam’s husband was released following a court order. While Imran’s incompetence is well known, one wonders how the rank and file of the army is reacting to the evident incompetence of General Bajwa and ISI chief Lt Gen Faiz Hameed.