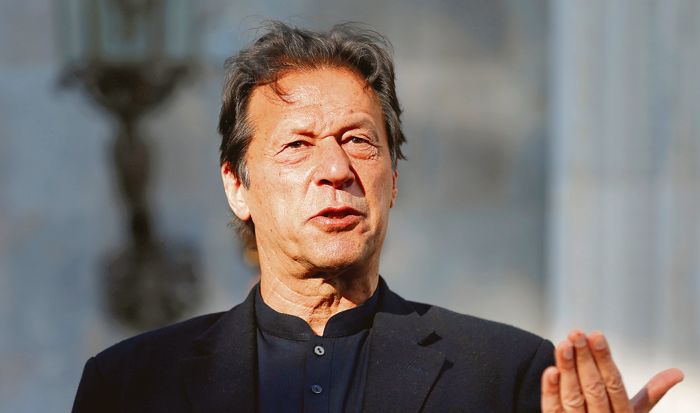 Another shot: Imran Khan is gaining popularity and exploiting public anger over the spiralling prices of essential commodities. Reuters 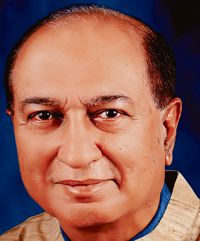 Questions have often arisen about the integrity of Pakistan’s higher judiciary. Its Supreme Court, however, acted swiftly, on July 26, while dealing with what was an unlawful action by the Speaker of Punjab’s Legislative Assembly. The court overturned an announcement of the Speaker, Dost Mohammed Mazari, that Hamza Shahbaz, the son of PM Shehbaz Sharif, was the victor in the Punjab Assembly’s vote for electing a new chief minister. The Speaker fraudulently claimed that he had received 179 votes, while his opponent, veteran Muslim League leader, Chaudhry Parvez Elahi, had got only 176 votes. The court’s decision, leading to the election of Elahi, came at a time when there was growing unrest across Pakistan at the spiralling prices of essential commodities. The federal government headed by Shehbaz Sharif was being held responsible for this situation.

While Imran Khan would decisively win the elections in the present environment, there appears little possibility that the next army chief will be his nominee.

These developments came at a time when Imran Khan was gaining popularity and exploiting public anger. While Shehbaz Sharif has done better than Imran Khan in economic policies, the reality is that Pakistan’s economy was heading for a tailspin. The life of the common man was becoming impossible. The rate of inflation was officially acknowledged as 21.3%.

Pakistan has always believed that it can influence the US to pay its bills, like Washington did during the Cold War, and later when the US forces were in Afghanistan. The US and its allies have, however, seen through this ploy. Pakistan’s external debt is rising sharply, and its foreign exchange reserves have fallen sharply, to around $10 billion. While Pakistan describes itself as the ‘all-weather friend’ of China, the Chinese do not give anything free of cost to anybody. Pakistan will, however, continue receiving defence equipment from China at concessional terms. But Pakistan should remember that Sri Lanka was forced to hand over control of the Hambantota Port to China when it could not repay the cost of its construction. China could do likewise for its investments, like in the Gwadar Port in Balochistan, or elsewhere across CPEC. That would appear unlikely at present. Pakistan is, after all, a crucial partner in China’s policy of ‘strategic containment’ of India.

Pakistan has long believed that it can balance its budget by tying itself to major powers. It remained an ‘ally’ of China and the US for decades. China recently provided a loan of $2.3 billion to Pakistan and has committed itself to back moves to end international sanctions on Pakistan by the International Financial Action Task Force (FATF). New Delhi is, meanwhile, responding to such moves by China with offers for supply of BrahMos missiles to countries like Vietnam, the Philippines and Indonesia, which face frequent intrusions into their waters by Chinese warships. China’s next move will be to expand transportation corridors through Pakistan to Afghanistan, to exploit Afghanistan’s huge resources of minerals and metals.

Imran Khan is exhilarated at the recent developments, which appear to have persuaded him that he is on the comeback trail to power. The recent byelection results in Pakistan’s most populous state, Punjab, indicate that he is riding the wave of national approval. While the national elections are not scheduled till October, there is an equally important event scheduled in November — the appointment of a new army chief, who, like his predecessors, will wield immense influence on the government, Parliament, and even the judiciary. Imran Khan’s favourite as the next chief is the Corps Commander of Peshawar, Lt Gen Faiz Hameed, who had served him loyally as the ISI chief. Faiz is, however, only 10th in the order of seniority.

Imran Khan would like to have a decisive say in the appointment of the army chief. He had experienced the power and influence of army chief General Bajwa, when he was unceremoniously ousted from power. Hence, his demands are for an early, or even immediate ouster of the Shehbaz Sharif government, and for holding early parliamentary elections. While Imran Khan would decisively win the elections in the present environment, there now appears little possibility that the next army chief will be his nominee. General Bajwa continues in office till November 29 and will recommend his successor.

India needs to move adroitly to see that international pressure on Pakistan to halt support for terrorism continues. It was such pressure by the FATF that compelled Pakistan to act against the likes of the Lashkar-e-Taiba chief, Hafiz Saeed. But others, like the leader of the Jaish-e-Mohammed, Maulana Masood Azhar, who was a central figure during the hijacking of IC 814, and, thereafter, responsible for several terrorist attacks, remains untouched.

China has also made it clear that it would call for an end to sanctions and the surveillance of Pakistan’s actions and policies by the FATF.  Moreover, the infrastructure of terrorism, established by the ISI, is still in place.

Pakistan-sponsored terrorism could even take new dimensions in the event of a return to power by the duo of Imran Khan and Lt Gen Faiz Hameed. This was evident when General Bajwa, who believes that he outranks even cabinet ministers, pleaded telephonically with US Deputy Secretary of State Wendy Sherman for assistance in securing the early release of IMF funds, which Pakistan desperately needs.

Imran Khan has, however, made it clear that his views are no different from the traditional views of the ISI. There has also been no love lost between Imran Khan and the Biden administration. Imran Khan will, however, spare no effort to escalate cross-border terrorism and tensions with India, should he return to power.