US response on rights violations expected to be predictable, but inconsequential 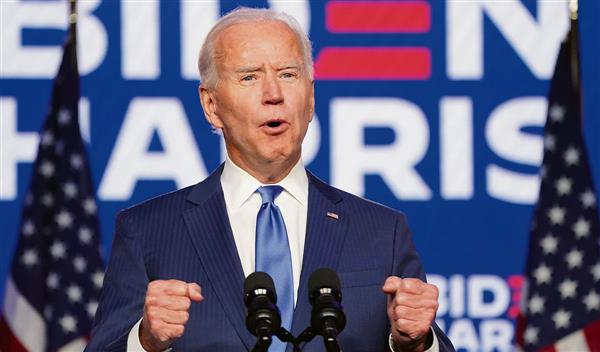 Much on plate: Saudi Arabia and China are among the nations on the list. Reuters

Human rights campaigners are already lining up in front of Joe Biden with their familiar demands, although six weeks are left before he becomes President of the US. Their queue is long and will lengthen evermore once he assumes office.

The Indian Government has no reason to worry that it will face any action from the Biden administration on this score, unless New Delhi works overtime to lower India’s rights standards to the level of North Korea, for example. Such a prospect is unlikely, even the harshest critics of Modi’s government will concede.

On Gandhi Jayanti, in the thick of the presidential campaign, Biden said: ‘I will defend the right of activists, political dissidents, and journalists around the world to speak their minds freely without fear of persecution and violence.’ It offers a clue to the incoming administration’s freedom policies that his statement had nothing to do with the Mahatma’s birth anniversary.

Instead, his statement was devoted to Saudi Arabia. ‘Under a Biden-Harris administration, we will reassess our relationship with the kingdom…and make sure America does not check its values at the door to sell arms or buy oil. America’s commitment to democratic values and human rights will be a priority, even with our closest security partners.’ The statement was issued to commemorate the second death anniversary of Saudi dissident and journalist, Jamal Khashoggi, who Biden asserted, was ‘murdered and dismembered (by) Saudi operatives, reportedly acting at the direction of Saudi Crown Prince Mohammed bin Salman.’

Yet, it is not even Saudi Arabia that will be on top of Biden’s list of human rights violators. Biden missed a more convincing victory because he lost Florida to Trump. That loss was on account of Cuban-American voters in the Miami area, who feared that under a Biden presidency, the US will revive the rapprochement with communist Cuba.

Venezuelan-Americans in Florida too liked Trump’s policy of delegitimising the Chavista government in Caracas, even creating a presidential alternative to Nicolas Maduro in Juan Guaidó, whom the US now recognises as Venezuela’s President. Early on in his first term as US President, Barack Obama had unsuccessfully attempted to mend fences with Venezuela, then led by the charismatic left-wing populist, Hugo Chavez. The Venezuelan vote bank rejected Biden en masse.

Given the compulsions of US domestic politics and broad Latin American opposition to Maduro, it is Venezuela and Cuba which may incur the Biden administration’s wrath most of all on the human rights front. In a few months, spadework will begin across America for mid-term elections to the House of Representatives, one third of the Senate and several gubernatorial vacancies. In a Senate precariously balanced between Democrats and Republicans, Biden would want to make an all-out effort to defeat Florida’s Republican Senator Marco Rubio, who is up for re-election in 2022. Rubio is of Cuban descent, which makes it all the more important for Biden to hold Havana to account for alleged rights violations.

Then there are urgent triggers for action to protect the vulnerable: Tigray in Ethiopia, where the central government in Addis Ababa has launched military action against ethnic peoples. Nigeria, which has seen political and jihadist violence is another. Egypt will be yet another focus for protecting rights. Political capital is Biden’s to gain by appearing to be tough on the Kremlin, especially because Trump was perceived to have been soft on Vladimir Putin.

If the Tibetan exile community worldwide pushes for a Dalai Lama visit to the White House, can Biden turn down a meeting with someone who is seen as a beacon of religious and cultural freedom? Also, there will be pressure on Biden from Britain to do more to protect human rights in Hong Kong.

All of this realistically puts Modi’s India very low on the incoming US administration’s list of global human rights priorities. Of course, the US cannot be seen as doing nothing about charges that rights and freedoms are at risk under a ‘Hindu nationalist’ government, in J&K after the abrogation of Article 370 and nationwide after the enactment of the Citizenship Amendment Act.

To satisfy this requirement of political correctness, responses from Washington to such charges are expected to be predictable, but inconsequential. The Congressional Research Service (CRS), for example, may issue a damning indictment of how liberties have been trampled upon in India and about the pressures on freedom of the Press. The US Commission on International Religious Freedom (USCIRF), in its next annual report, may come down even harder on India over its treatment of religious minorities and loudly urge the US State Department to sanction BJP leaders whose actions promote majoritarianism.

The reality is that more often than not, CRS reports are not read even by US legislators, although the mandate of the CRS is to ‘provide policy and legal analysis to committees and Members of both the House and Senate, regardless of party affiliation’. As for the USCIRF, a US government commission created by an Act of Congress, it is not taken seriously by anyone who matters in Washington. But administrations often use the body to appease religious lobbies complaining of persecutions by foreign governments.

In India’s case, any damage to Indo-US relations on the human rights issue will be more of perception than real. In an environment where it makes big news in this country even if a worm in the US is crawling on a piece of cardboard on which ‘India’ is written, there will probably be more sound to report than action about America’s human rights approach towards India in the short term.

That said, like everywhere else in the world, there are politicians in India too, who could snatch defeat from the jaws of victory for their country on the human rights issue, not only in the US, but also on the global stage.